Sometimes small is beautiful. That certainly rings true when it comes to live logging events like DEMO International. The more action and gear you can pack into a tight loop, the better for everyone. 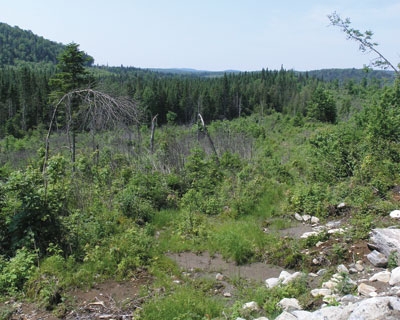 Sometimes small is beautiful. That certainly rings true when it comes to live logging events like DEMO International. The more action and gear you can pack into a tight loop

At just under three kilometres, and boasting hardwoods and softwoods, slopes and flats, the DEMO 2012 loop is possibly the best designed yet. Slated for Sept. 20 to 22, 2012 and located in the idyllic mixed-wood forests about 75 km northwest of Quebec City, the show is being hosted by Groupe Solifor, a forest management company that is managing a 30,000-ha block in the area for a private landowner. The compact loop still provides a variety of forest types and will allow for a wide range of prescriptions. Species include yellow birch, red maple, sugar maple, balsam fir and red spruce, in stands that range from almost pure hardwood to pure softwood, all a few minutes’ walk from each other.

Canadian Forest Industries was on hand in mid-June for the first site selection meeting. Vendors queue up to choose their live logging as well as static display sites, with over 25 major suppliers showing up more than a year in advance to start the planning process. At the end of the day, suppliers know which forests they’ll be working and can start organizing everything from which new machinery to demonstrate and where to set their landings, to which hotels to book for operators and staff. 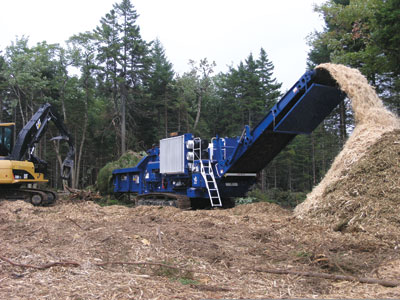 Stand conditions vary from 249 to almost 400 stems/ha and average diameters (DBH) of 14 to 23 centimetres. Suppliers will be treating the 1.2- to 1.5-ha sites using everything from modified clearcuts (Quebec’s clear cut with protection of advanced regeneration) and hardwood select cuts to brush cutting and seed tree final cut. In brief, there is something for everyone.

Throughout it all they are making salable products for Groupe Solifor’s clients, including saw logs, pulp wood, chips and biomass.
Other benefits of the 2012 site are the potential for parking close to the loop, the ability to create landings closer to roadside for visitor convenience and a climate that is generally more pleasant in late September than some past venues farther north. In fact, the fall colours should be at peak during the entire event.

As with past DEMO events, the Canadian Woodlands Forum will host a pre-DEMO conference on the major events facing the industry. DEMO 2012 will also see the grouping of biomass grinders and other biomass suppliers in one area of the show for convenience, and several majors, including CBI, Morbark, and Peterson Pacific, have already signed on.

DEMO 2012 International is owned by the Canadian Woodlands Forum, hosted by Group Solifor, and managed once again by Master Promotions. Look to future issues of www.woodbusiness.ca for more information.