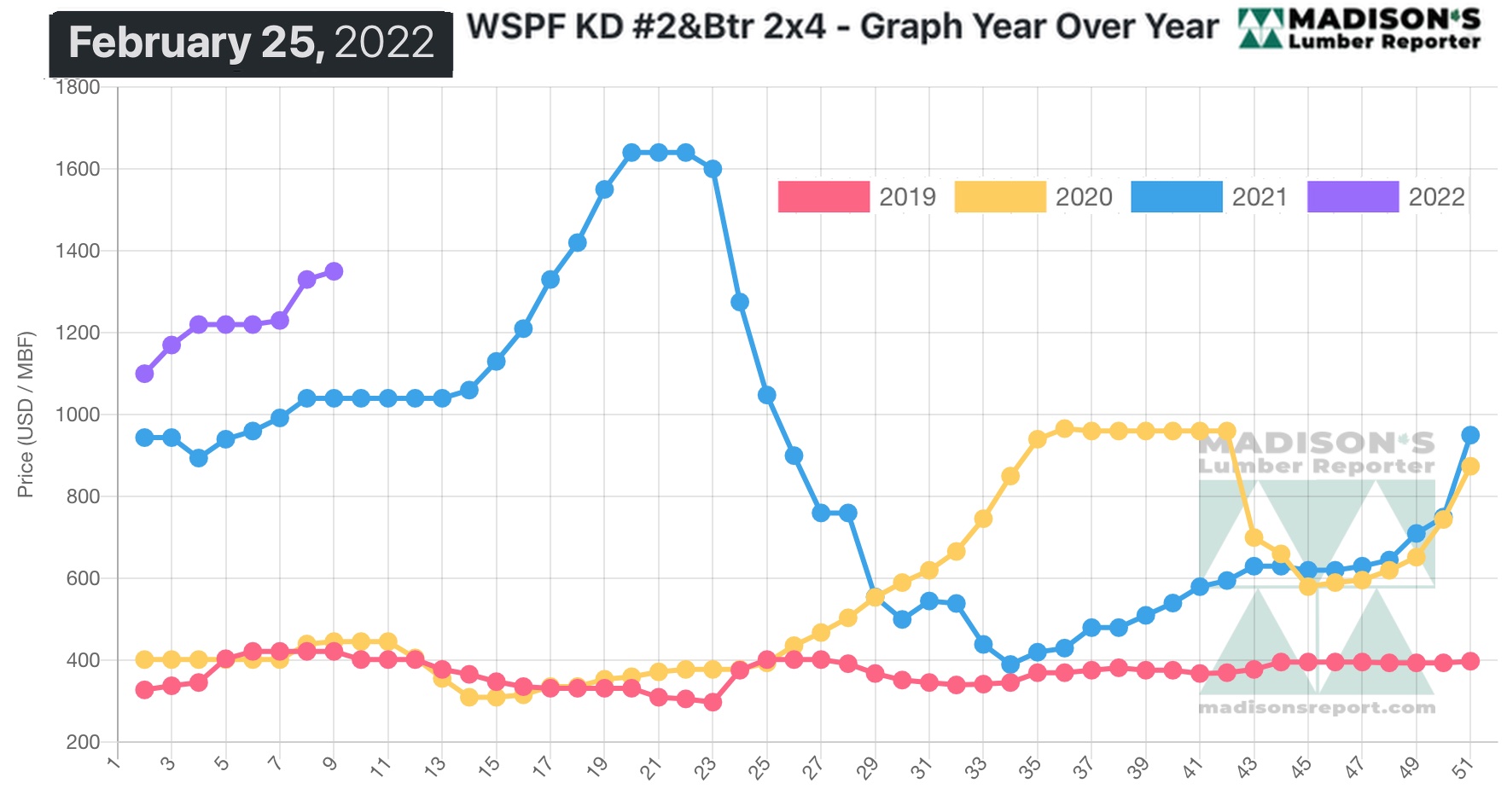 As the month drew to a close and players recovered from the shock of a big pop in lumber prices two weeks ago, for the week ending February 25 these price increases slowed down. This is not saying much, as the trend line seems to be heading toward those incredible highs in spring of last year. However Madison’s suggests that all-time record-breaking high on benchmark WSPF 2×4 prices, of above US$1,600 mfbm, will not be seen this year. Despite ongoing terrible supply chain issues, the actual production volumes at sawmills have well recovered from the constraints of mid-2020 to end-2021. While buyers might not know exactly where their wood is in the transportation system, they have made their orders and do know it is on its way.

The current lull in construction activity notwithstanding, the spring 2022 building season looks to be very much a repeat of that last year.

Severe endemic problems were prevalent in transportation, with one veteran player describing a system-wide fragmentation in logistics.

“Geopolitical events provided an ominous distraction from the lumber market and sales activity was consequently dampened as February came to a close.” – Madison’s Lumber Reporter 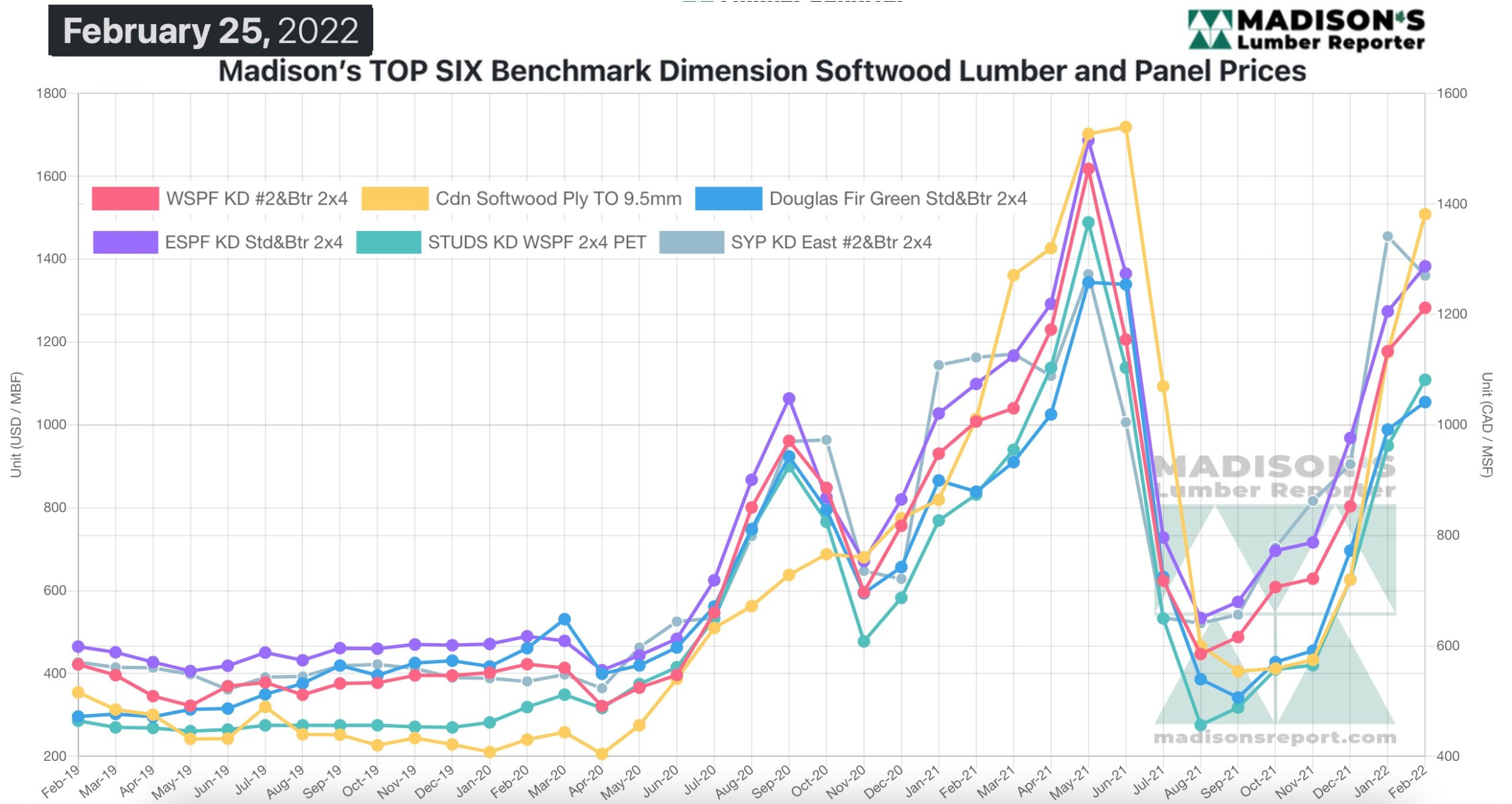 In an already-trepidatious lumber market, menacing instability observed overseas further increased caution and uncertainty among US sellers of Western S-P-F. In terms of pricing, numbers were all over the place regardless of species or product. Wholesalers noted they’d sell at one price into a certain market, then make an almost identical deal for the same product in another location at a wildly different level. For their part, contractors and other end users were continually frustrated by delayed shipments. Every second call was a ‘where-is-my-load’ inquiry, even with understanding that little could be done.

Demand for Western S-P-F commodities in Canada tailed off after roughly a fortnight of consistent strength. Asking prices were a mixed bag, with High Line and #2&Btr 2×4 R/L again posting gains while wider offerings stood pat. Inquiry for low grades was robust. Numbers were flat in #3/Utility and slightly up in #4/Economy. While US buyers remained the most prominent source of demand, Canadian customers have become more noticeable recently. Without getting too aggressive, there was a distinct push on both sides of the border to secure coverage for early spring business.

“Sales of Eastern Spruce-Pine-Fir proceeded in fits and starts. Stratospheric and variable asking prices, lack of availability among sawmills, constant logistical problems and resultant long lead times, prevented any steadiness from developing in the flow of material. Having covered some of their more pressing needs for the near term, retailers adopted a more circumspect approach as currently-lofty prices and the potential for a correction worried them equally.” – Madison’s Lumber Reporter