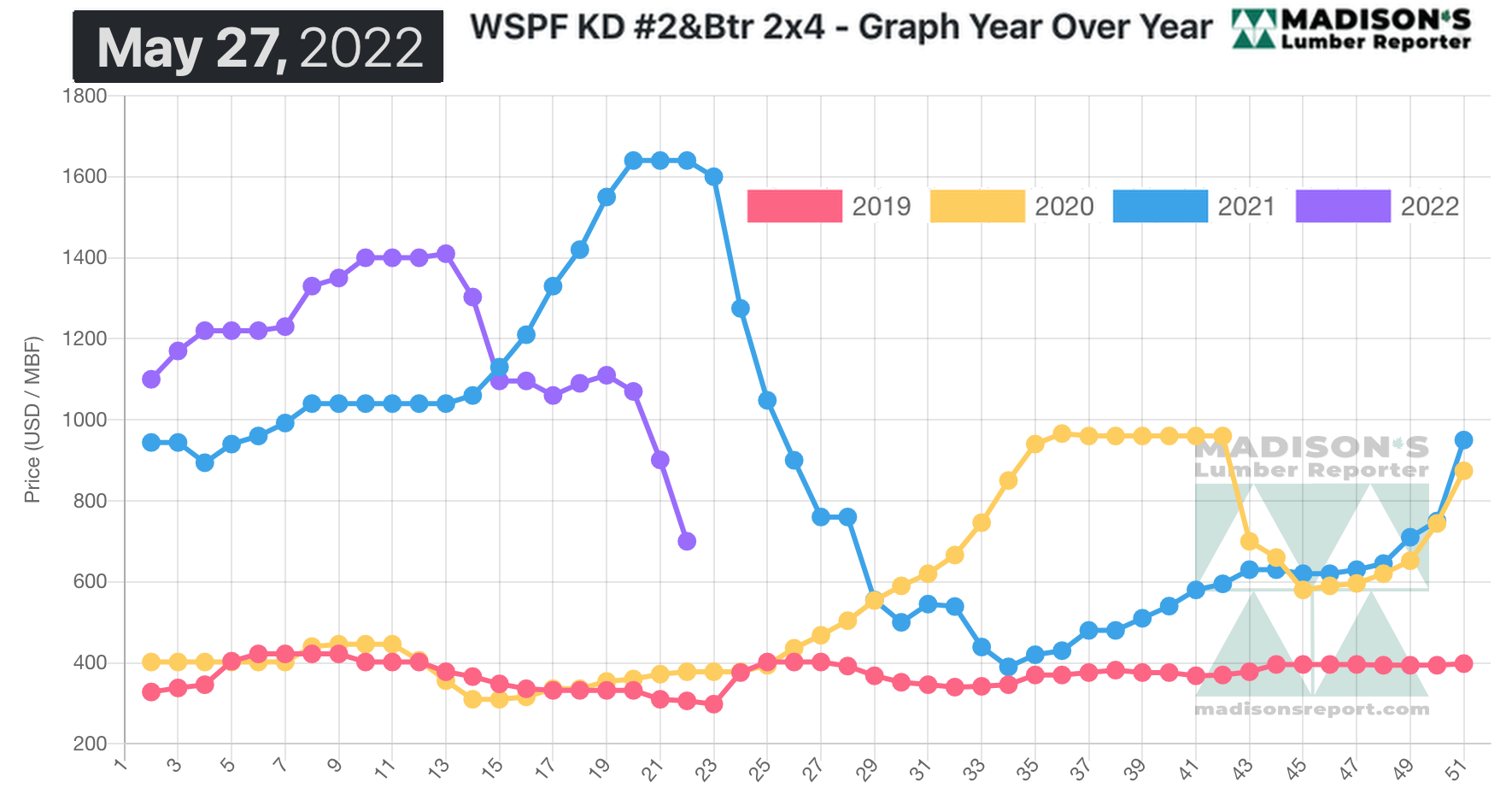 A normal drop in orders for this time of year lead to sharp decreases in lumber prices. Recent sawmill curtailments — due to severe delivery delays and ongoing logistics problems — notwithstanding, lumber supply and inventories in the field increased to more healthy levels. Thus customers were in a better negotiating position than the past few months, and responded with steep counter-offers to get sawmill prices significantly lowered. Normally by this season the large home builders and construction companies have received the wood they ordered in February to April, so lumber prices naturally start to soften. Of course, the past couple of years have not been normal.

In addition, realtors and builders are noting that the seasonality we have all been used to over recent decades seems to be fading away, and that home buying and construction can be active at any time of year. Only the future will tell how this situation will unfold going forward.

Players reported tangible improvement in delivery times thanks to the slower sales pace in recent weeks.

“Prices of most solid wood commodities tumbled significantly as the market experienced an ongoing lull in buying.” – Madison’s Lumber Reporter 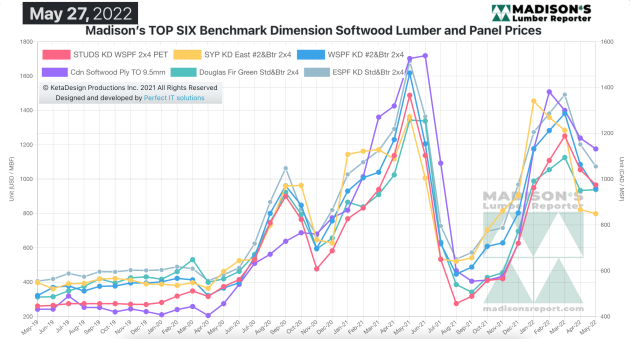 Sales activity of Western S-P-F in the United States got even more languid due to the successive holiday-shortened weeks on either side of the border which dampened demand further. Producers found limited success enticing buyers, even with triple-digit price drops. Field inventories may have been severely strapped during a period of burgeoning construction across the country, but customers somehow remained stingy and avoided taking any long positions. Secondary suppliers were busier; even if their price levels were above sawmill-replacement, they could get material to buyers more quickly.

Confusion and uncertainty of Western S-P-F products reigned again for Canadian players. Buyers were largely convinced their strategy of holding off to force prices down was working. However producer costs continued to march upward, and region-specific fuel surcharges added a layer of frustration.

“It was another rough week for plywood and Oriented Strand Board traders in Eastern Canada. Pervasive downside in lumber continued to percolate into panels. Buyers remained apprehensive, confused, and cautious thanks to persistently dismal economic indicators.

Anemic demand for Western S-P-F sheet goods was reported again as secondary suppliers continued to compete tooth and nail for limited orders. Considerable discounts were common for promptly-available Super-B loads into the Vancouver, BC, region. Price levels were all over the place, and contingent upon origin, destination, and thickness. ” – Madison’s Lumber Reporter