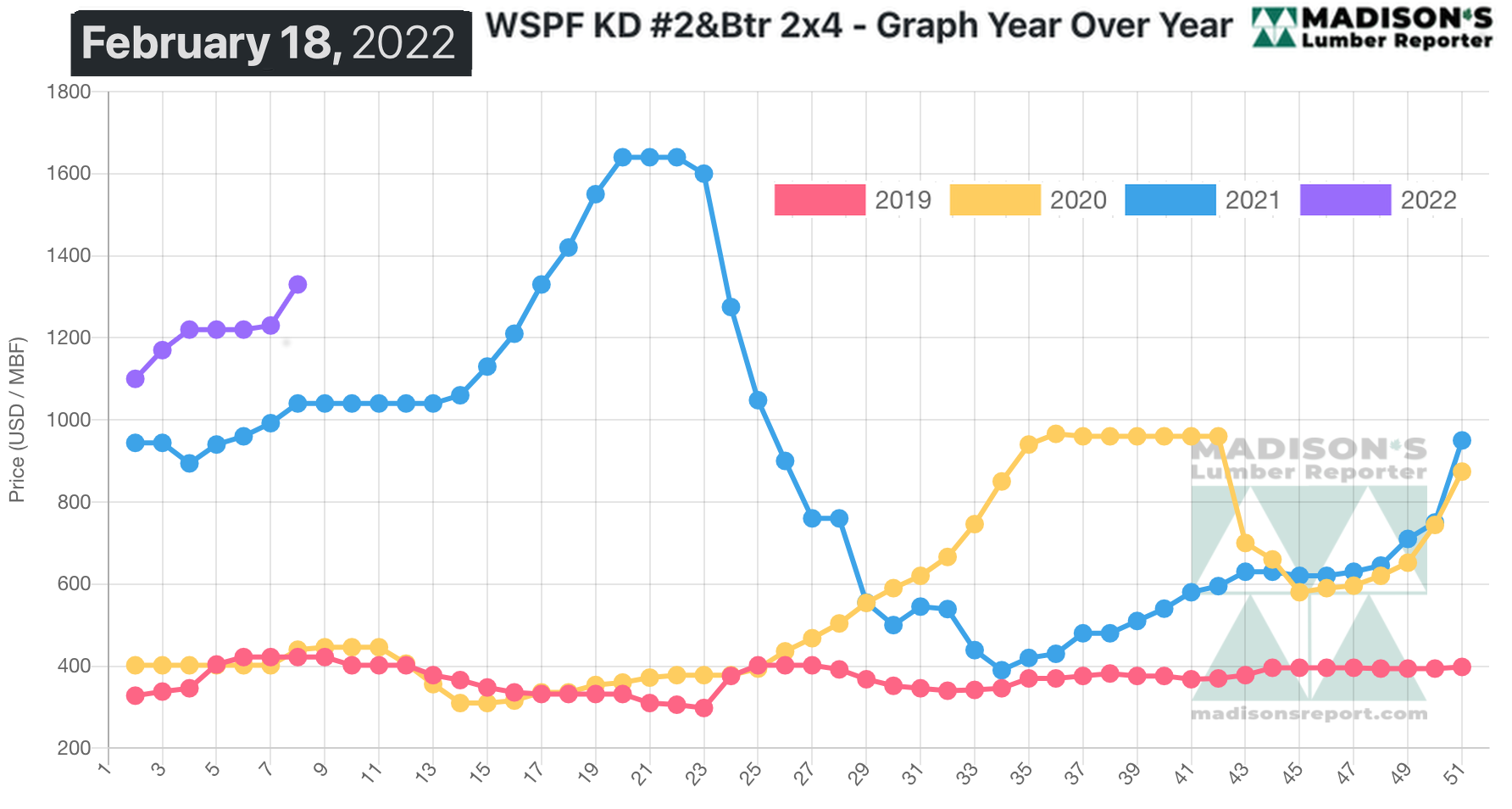 Most lumber prices rose by a noticeable margin in the week ending Feb. 18, as ongoing strong demand and relentless delayed deliveries prompted customers who had been waiting on the sidelines to step in and buy. Due to still-lengthening order files, sawmills were able to hold their ground on prices. Some items, which had risen too high in recent weeks — like Southern Yellow Pine 2×4 East Side — corrected down significantly, to come in line with similar products. This indicates the market is finding balance between supply and demand. The latest U.S. housing starts and new home sales data shows a slight lull; however permit applications are up by quite a bit and new house prices rose yet further in January. As spring building season comes on over the next couple of months, there is indication of powerful underpinnings for continued robust construction activity.

Most industry folks, whether lumber or housing, agree that this year will closely match the hot activity of 2021.

Following the early-February sales lull largely precipitated by slumping futures, U.S. buyers were busy for the past two weeks securing coverage from Canadian suppliers of Western S-P-F; placing orders for the remainder of the month and into March.

“Players drew increasing comparisons to the unprecedented market observed last year at this time, though prices weren’t yet at those dizzying levels.” – Madison’s Lumber Reporter 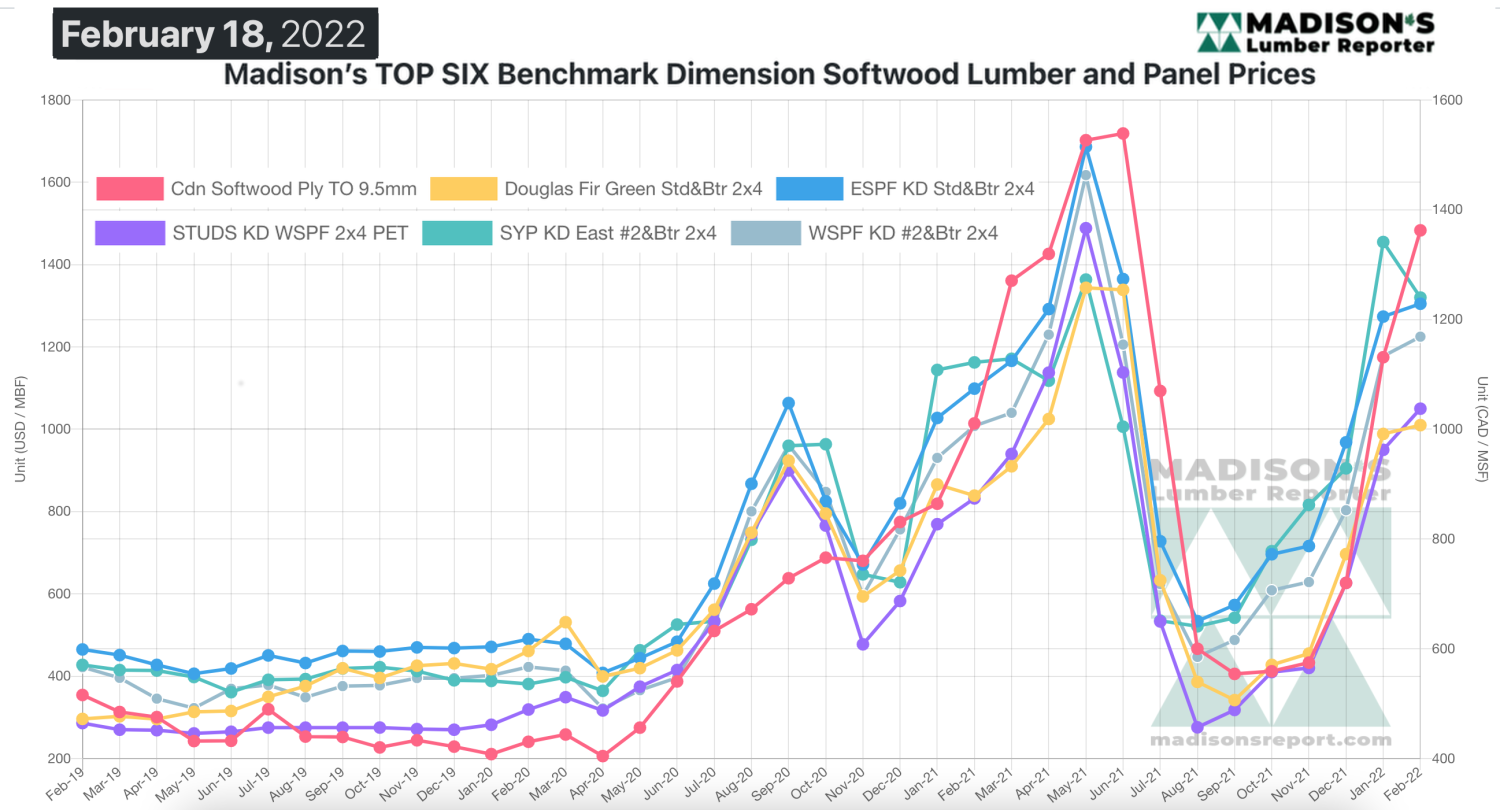 A ceaseless overall lack of available Western S-P-F lumber and studs in the U.S. continued to bring buyers back to the table repeatedly. There remained a pervasive air of caution to every deal however, as no one could forget the considerable growing pains experienced during a similar run-up of prices last year at this time. Both primary and secondary suppliers had their yards picked clean of any material that came available. Actually moving that volume to market was another matter entirely.

Robust demand for Western S-P-F commodities persisted, according to suppliers in Canada. Following the early-February lull largely precipitated by slumping futures, U.S. buyers were busy for the past two weeks securing coverage for the remainder of the month and into March. Reported prices varied from supplier-to-supplier, but any sense of weakness was gone as all numbers firmed up further. Sawmills showed increasing confidence as the week wore on, as incoming demand allowed them to extend order files into early- or mid-March in most cases.

“Green Douglas-fir demand continued to be buttressed by atypical customers switching to the fresh wood in order to save oodles of cash compared with their usual Hemlock/fir orders. Producers confidently boosted their asking prices yet again and no one batted an eye. Two- to three-week order files were reported, with low grade the closest, long lengths out furthest, and everything else in between. Even though the number of green fir producers remains comparatively few, players noted distinct differences in price lists between mills.” — Madison’s Lumber Reporter