A severe lack of supply along with unrelenting demand sent softwood lumber prices up once again for the week ending April 30. At the producer level, sawmill order files stretched out four weeks or longer, with chronic delayed deliveries adding approximately three weeks to that. As the home building season is just getting started for the year, extremely busy construction activity forced customers to buy whatever wood they could, at whatever price was quoted. As previously mentioned by Madison’s, the higher costs are being passed on to the end-user; the home buyer, who is paying those increases with no concern. Word has started to come in that DIY and remodelling customers are starting to balk at high prices on the shelves at retailers, however these are not the main volume consumers of North American softwood lumber thus do not have the power to put pressure on prices.

The latest Case-Shiller index shows U.S. house prices up +12% compared to one year ago. As home buying, and thus housing construction, continues unabated there is no reason for lumber prices to go down.

Prices of Western S-P-F in the U. .advanced significantly again, and producers extended their sawmill order files into the last week of May or beyond. Veteran traders noted that the trend of scant supply persisted, as any carload that came available was snapped up immediately by the quickest buyer. Customers who missed out on those deals desperately searched through the secondary supply scene for anything available that might ship quicker, finding virtually no success as wholesalers and distributers had little inventory themselves.

Western S-P-F producers in B.C. reported more of the same insanity the week of April 30. There was no sign of weakness to speak of as sawmills pushed their order files into the first week of June. Suppliers were generally sold out of any cash wood before midweek, with only the smallest smatterings hitting the U.S. cash market before vanishing immediately. 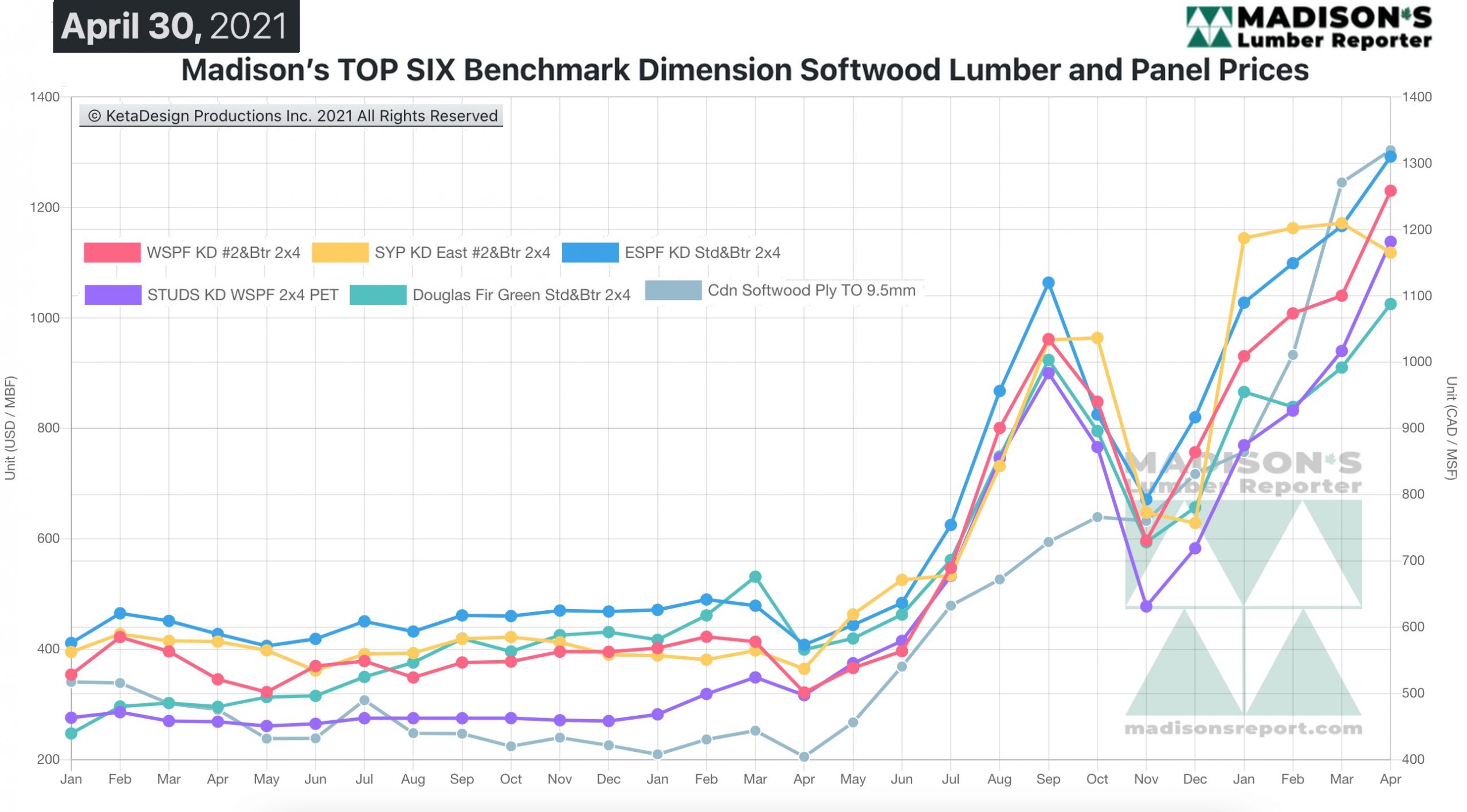 Continued price increases were met with disbelief; however, inventories throughout the supply chain as so low that customers could do nothing but pay. In the week ending April 30, 2021 the wholesaler price of benchmark softwood lumber commodity item Western S-P-F KD 2×4 #2&Btr was US$1,420 mfbm. This is up by +$90, or +6%, from the previous week when it was $1,330.

“Demand in Eastern Canada burst out of the gate early, with panicky buyers of Eastern S-P-F jumping on any wood they could find regardless of price, grade, or category. With the lumber market wound up to such a fever pitch, players were unanimous in their belief that something’s gotta give.” — Madison’s Lumber Reporter 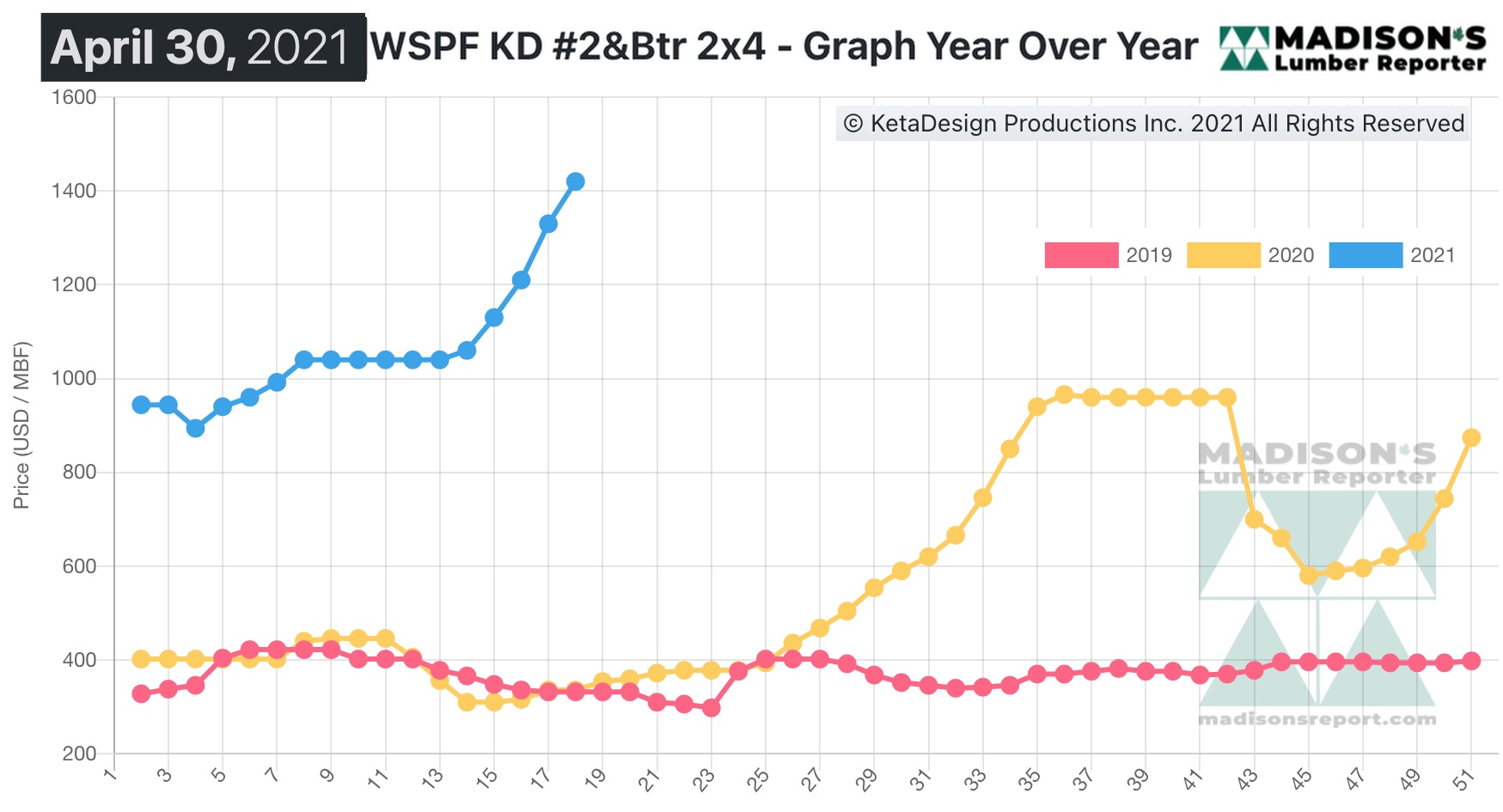