Many customers had been waiting on the sidelines over this summer before making their lumber purchases, to see when prices would hit bottom. As it became apparent over the past two weeks that prices were on their way back up, the bulk of the market stepped in to commit to purchases. Sales volumes were good as sawmills were able to tick prices up slightly, but — more importantly — stretched out their order files as had been their goal since spring. Some buyers tried to negotiate counter-offers, however sellers rejected these as their phones were consistently ringing with new orders. Those who waited either had to pay higher prices or found that suppliers had sold out of inventory-on-hand. 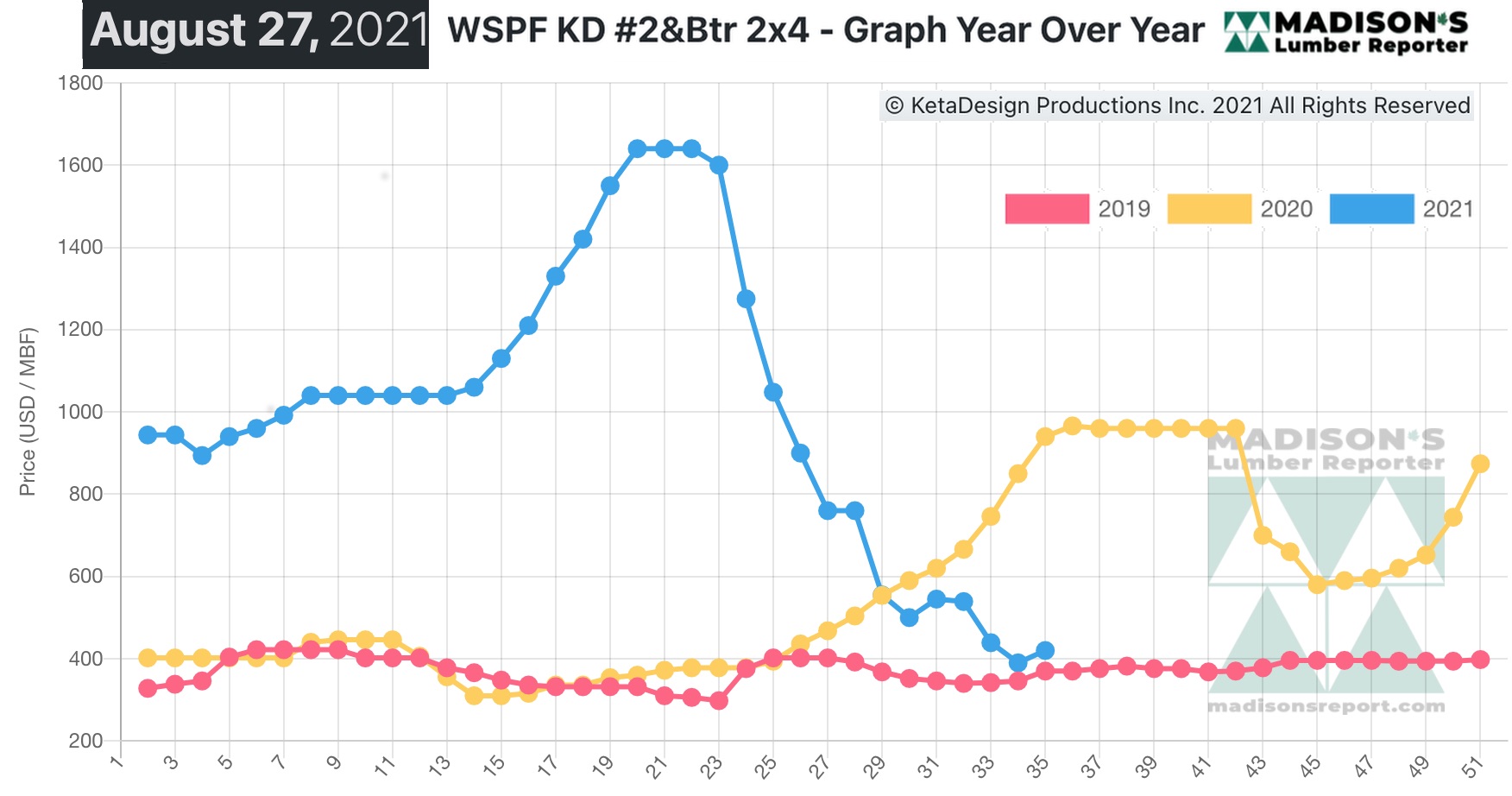 Collectively, so many customers were making purchases that prices started ticking back up. The price for the week of August 27 is down by -$204, or -33%, from one month ago when it was $624.

“Plywood sales continued to flounder while demand for OSB and most lumber categories seemed to be turning a corner.” — Madison’s Lumber Reporter 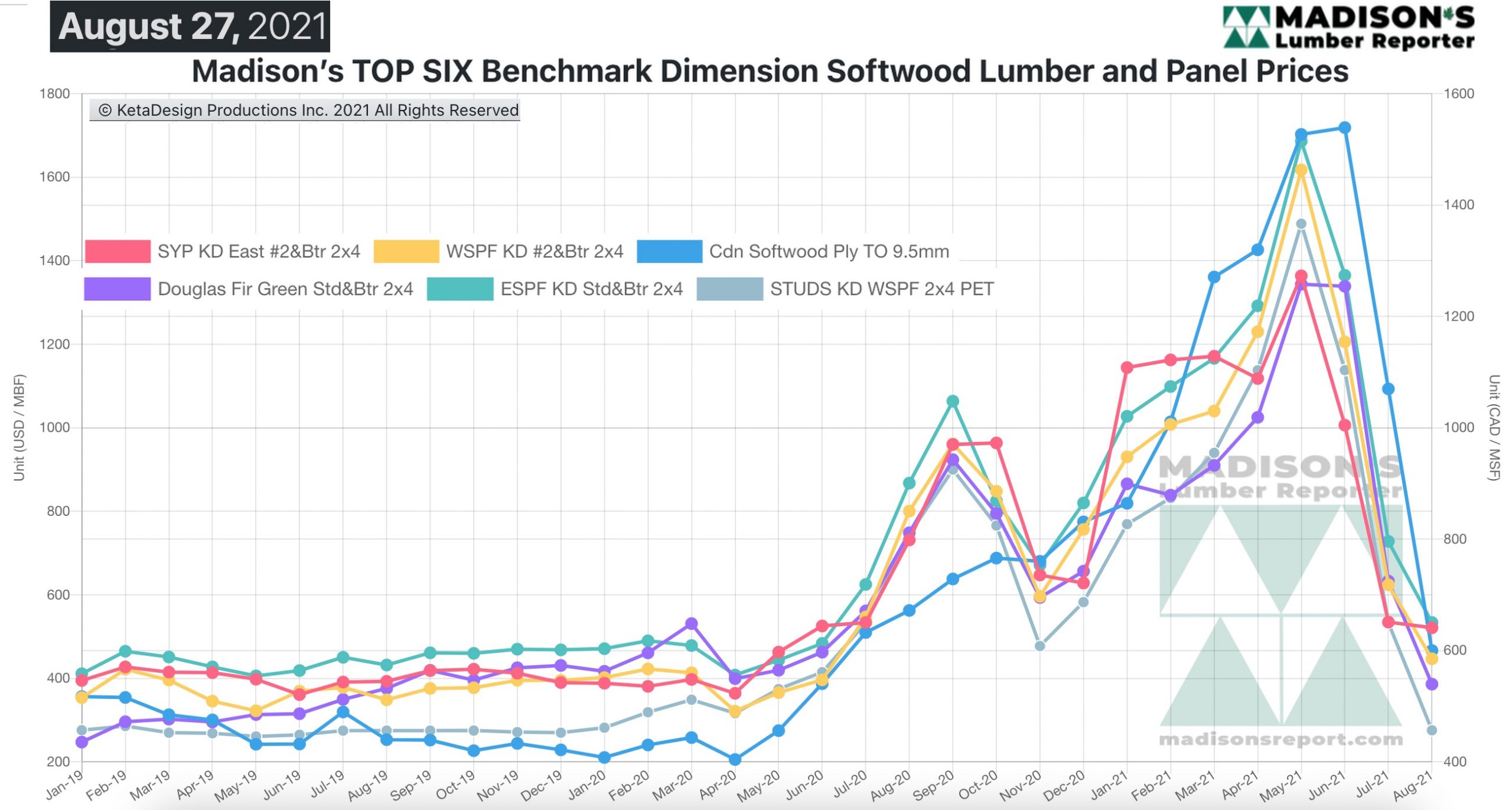 There was a note of cautious optimism in the U.S. Western S-P-F market this week as players expected demand to increase with the return of vacationing buyers and the coming of autumn. Burgeoning demand from the retail sector was reported by multiple sources as many had worked through the majority of their high-priced inventory and were looking to restock with larger-volume deals heading into September.

Western S-P-F producers in Canada were confident that the market was returning to some semblance of normalcy. Prices were still considerably variable between sawmills and at the secondary level, but more solidified levels seemed to be in the offing.

“Suppliers of Western S-P-F studs described another lukewarm week as buyers remained cautious and circumspect when it came to purchasing more volume. Prices continued to vary from mill to mill but overall numbers were soft, with 2×4-9’s being the only item firm in price and tight in supply.” — Madison’s Lumber Reporter