The big softwood lumber market correction of summer 2021 continued, however the drops in some benchmark lumber prices slowed while others corrected upward yet more. Underpinning overall market conditions was ongoing quite strong U.S. construction activity and very severe wildfires in the important timber supply baskets of British Columbia and the U.S. Pacific Northwest. Meanwhile, powerful storms hammering the U.S. south and east were ongoing. The aftermath of these will require solid wood building materials for the necessary rebuilding. For their part, lumber suppliers were more interested in extending order files and booking sales for coming weeks than in getting the highest price possible for their goods. 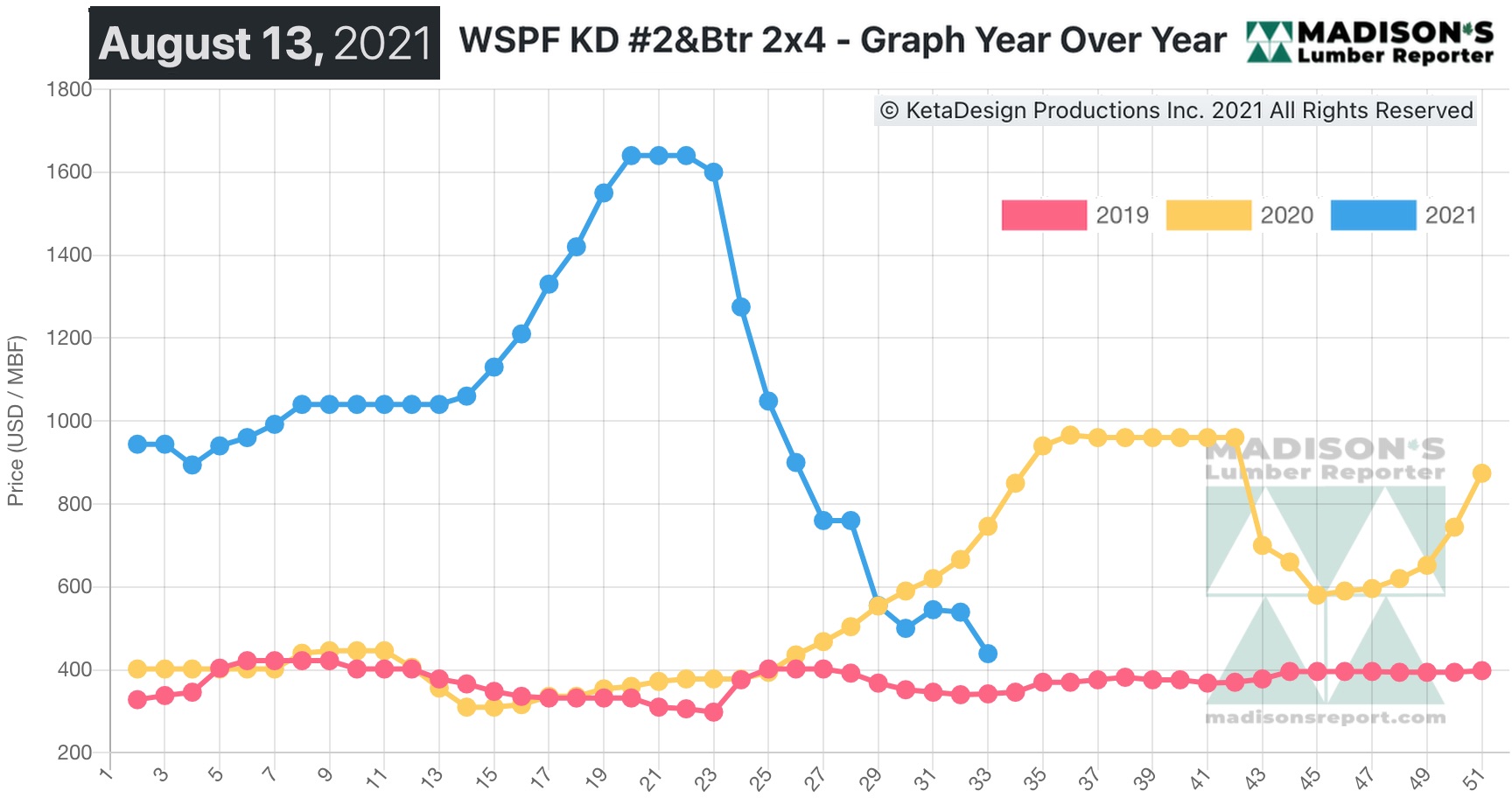 Overall demand was decidedly down as many buyers were absent while they took time away from the frustrating lumber game to be with family and friends.

“Demand was anaemic and prices continued to correct, while many players were on vacation.” — Madison’s Lumber Reporter

Suppliers of Western S-P-F lumber and studs in the United States continued to struggle with every deal as buyers were cagey in view of wobbly pricing. Most customers were too busy working through their own high-priced inventories to bother with much new volume. Prices remained variable between producers, but were decidedly down.

Prices of Western S-P-F kept coming off in bunches as Canadian sawmills adjusted and re-adjusted to meet vacillating customers’ terms. Demand was quieter even than the previous week since so many players decided to abscond to get their summer family vacations in before work and school get into full swing in September.

“The Southern Yellow Pine market was again a mixed bag; one source reported robust inquiry while another lamented weak demand. Sawmills maintained one- to two-week order files and asking prices were a smattering of flat, slightly up, or slightly down.” — Madison’s Lumber Reporter 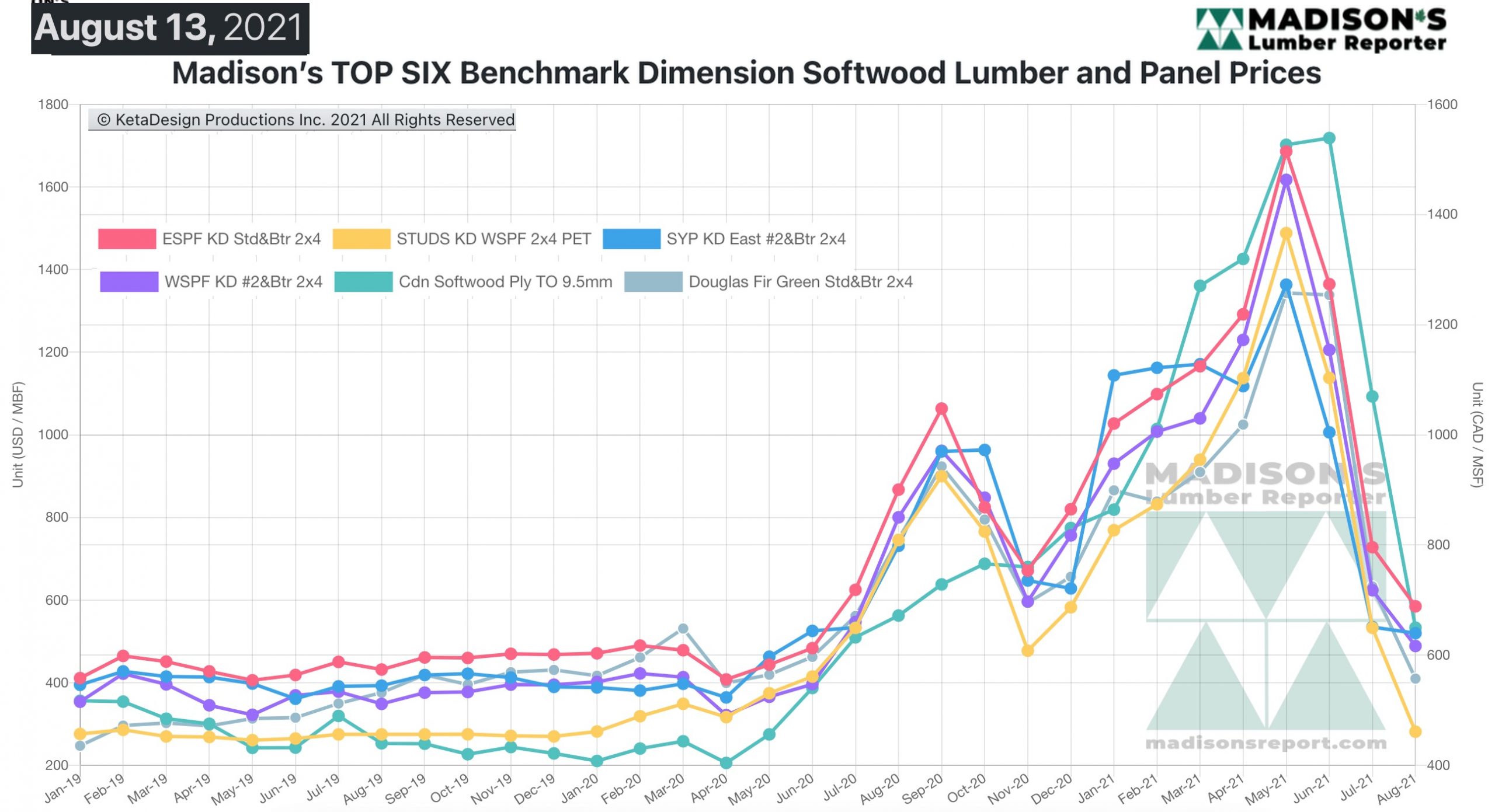