As the second half of summer 2021 came on, there was no more clarity on the state of the North American construction framing dimension softwood lumber market than there had been for most of this year. While building, and especially housing market, activity continued relatively strong, it seemed that quite a bit of that higher-cost inventory remained in the field. So wholesalers, retailers, and end-users held off purchasing as long as they could, once again, in hopes that prices might fall further. Sawmill curtailments and downtime — in British Columbia and Quebec respectively — seemed to have not the slightest effect on customer motivation to buy lumber.

The latest release on U.S. new home sales and house prices was quite positive. Indeed, 77 per cent of homes sold in July were either still under construction or yet to be built, up from an incredible 76 per cent in June. This is a phenomenal ratio and indicates much strength in U.S. homebuilding still to come. 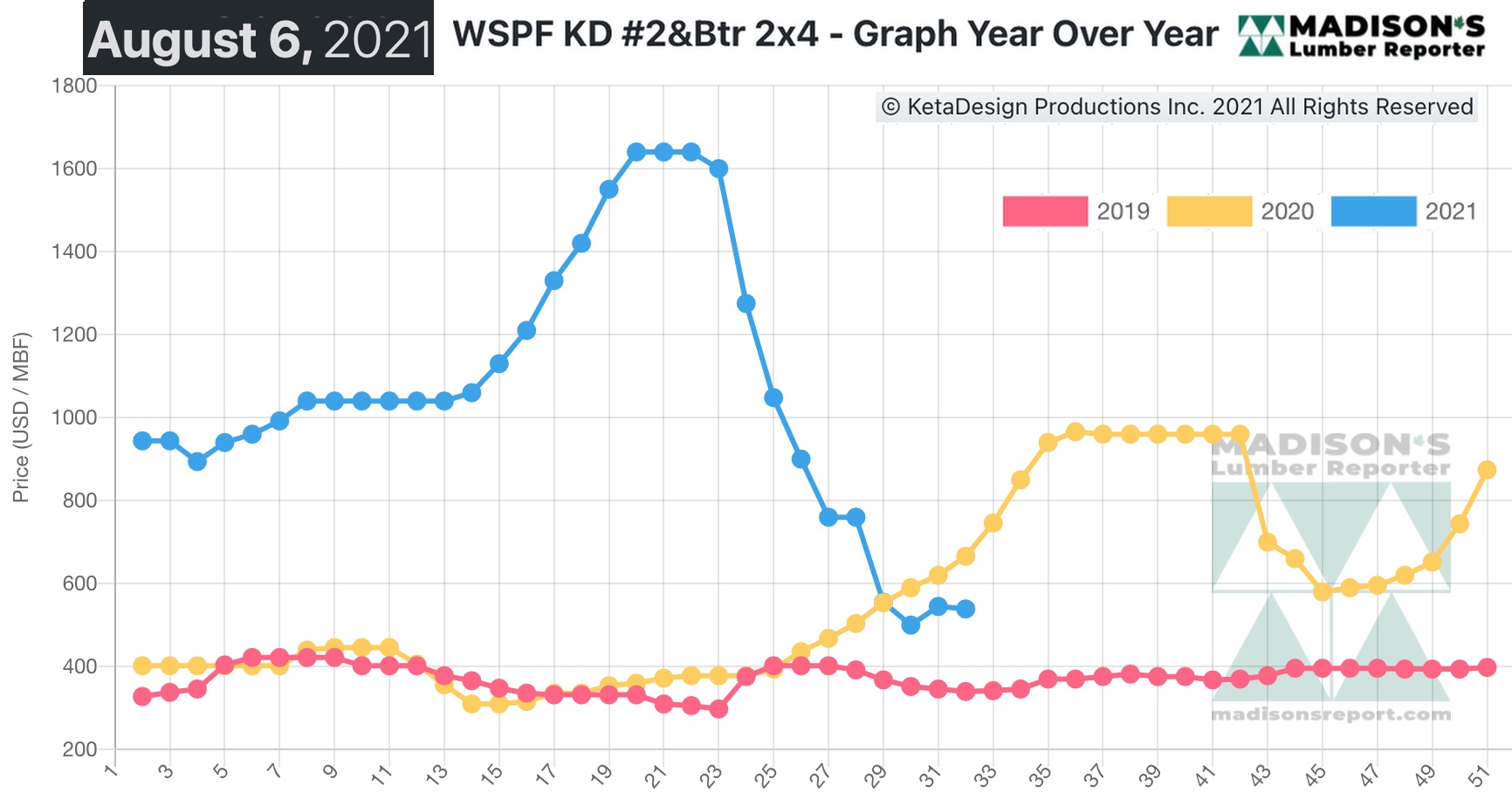 Buyers weighed the potential supply problems and logistical interruptions caused by wildfires against the possibility of further downside in prices and many decided to watch and wait.

“Prices of dimension and studs appeared to be stabilizing while panels were in a nightmare downward spiral.” — Madison’s Lumber Reporter

Western S-P-F demand in the U.S. was steady if unimpressive. Of course, most had bought some volume on the way down and weren’t in a particularly urgent position in terms of inventory. Demand for low-grade was especially soft, sawmills reduced their asking prices accordingly.

While demand, and resultant sales volumes, of Western S-P-F dimension lumber in Canada improved, prices remained all over the shop. Demand for narrows was most active.

“The month of August kicked off with strong demand according to Eastern S-P-F suppliers. While inquiry was much improved, it didn’t necessarily translate into greater sales volumes, especially early in the week when customers were mostly kicking tires and assessing their inventory positions.” — Madison’s Lumber Reporter 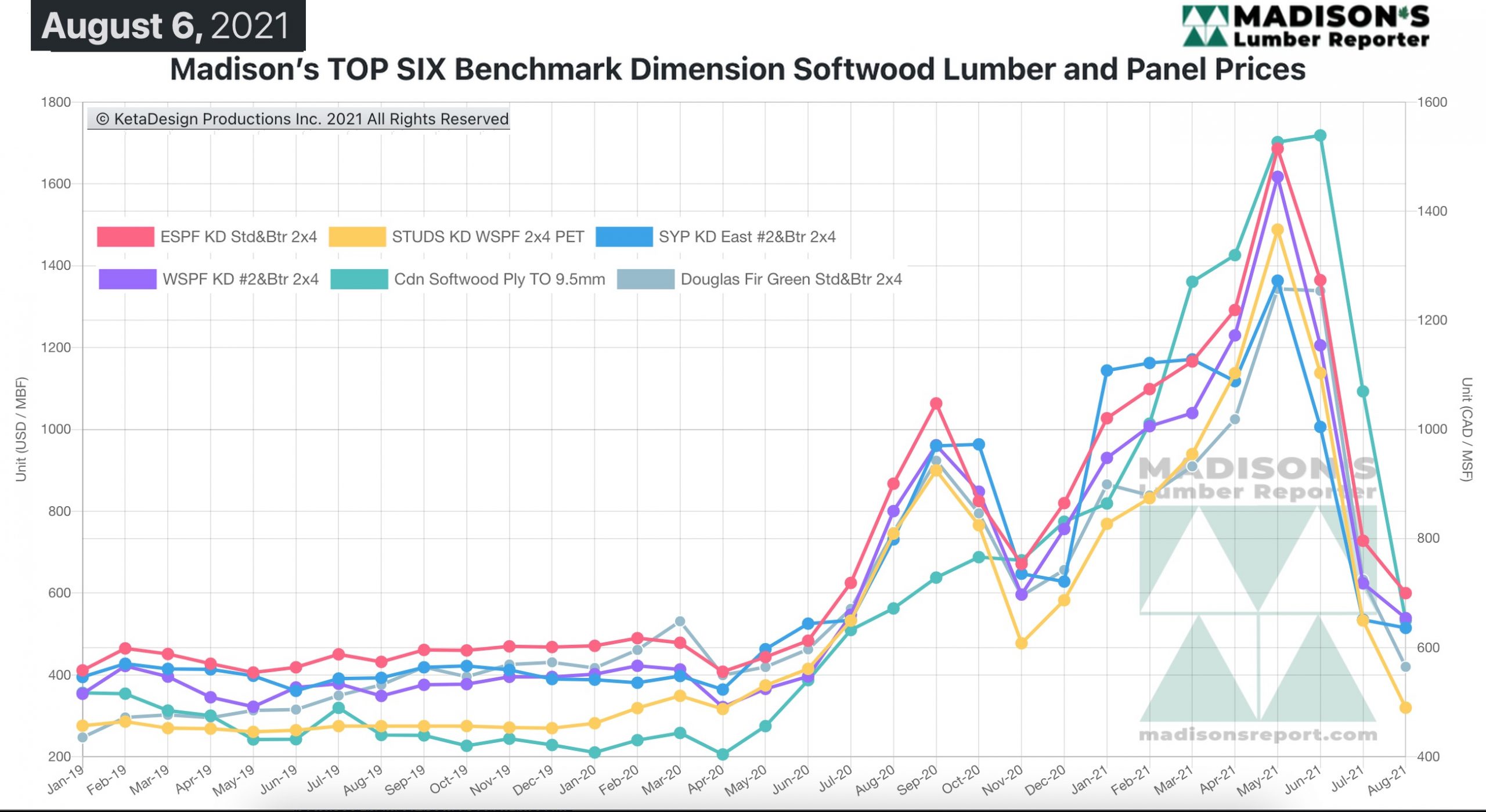