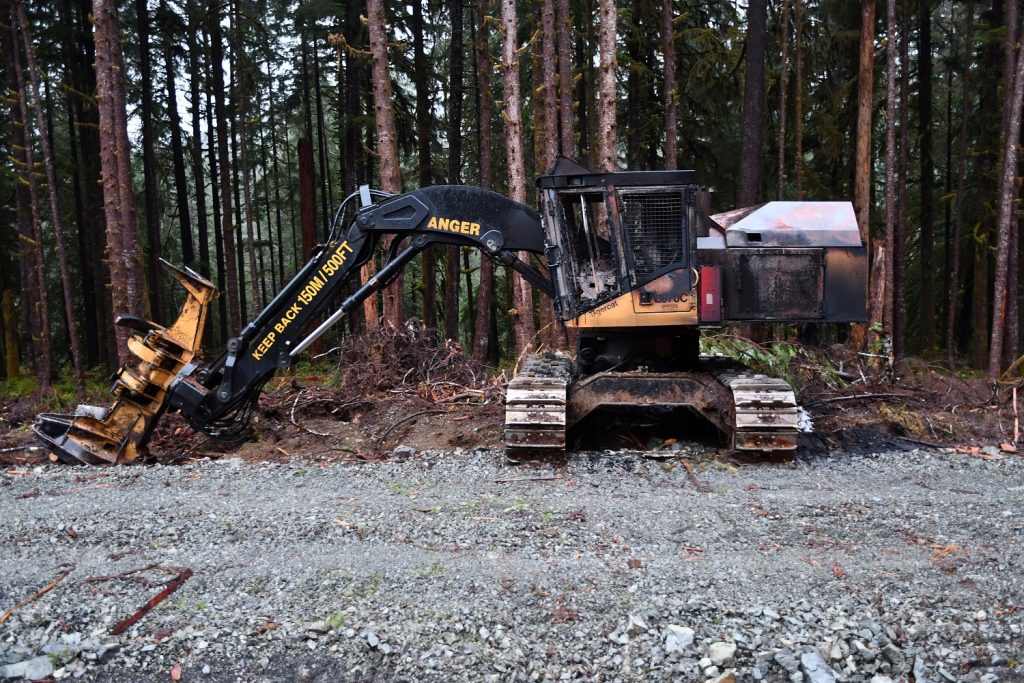 Lake Cowichan RCMP are still investigating after a fire destroyed a feller buncher in the Carmanah forested area on Vancouver Island on November 11.

The $500,000 machine was running the night before. When the operator arrived the next morning at 5:30 a.m. the machine was inoperable from fire damage.

RCMP say the Vancouver Island District General Investigation Section was called in to examine the machine’s cab and engine compartment to determine the fire source. Those details were not released.

The investigation is ongoing. Anyone with information is asked to contact the Lake Cowichan RCMP at 250-749-6668.