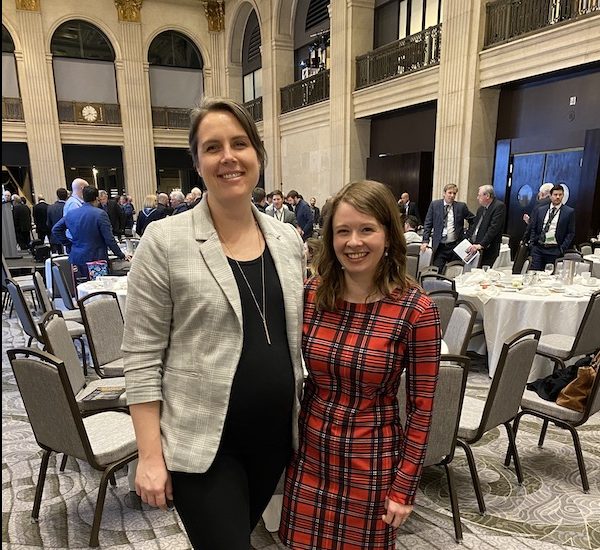 In February 2015, we started a Facebook group on a whim after joking about how we were friends because we were always among the few women in the room at forestry events. We dreamed up a name for our “club,” Jess got a cool logo made, and boom – Women in Wood (WIW) was born. The website and Twitter account were launched in 2017 and the group of women who work in, with and for the woods started to grow, and became so much more than a “club.”

Five years, 1,280 members (and growing!), 30 blog posts, several hundred t-shirts, dozens of events, and immeasurable support from many organizations and companies later, we’re taking the time to reflect on the experience of WIW.

We’ve had incredible moments where we hear of women choosing forestry as a career directly because they contacted the group. We’ve also heard from women who were ready to throw in the towel but decided to stick it out because of the support they received from other WIW. Not a day goes by when someone doesn’t share a cool moment of themselves at work, a helpful tip, or just some feel-good news with the group. We’ve also had some tough times, when heavy topics have come up and we feel the weight of what to do with that information. After much contemplation, we realized what we can do is listen. Our main purpose, besides creating a networking platform, has been to highlight women in the sector doing their jobs though guest blog posts and features on social media. Things have come so far since we both joined the sector more than 10 years ago, and it makes us happy to see how much the numbers have grown when we all meet at a conference for a quick photo! 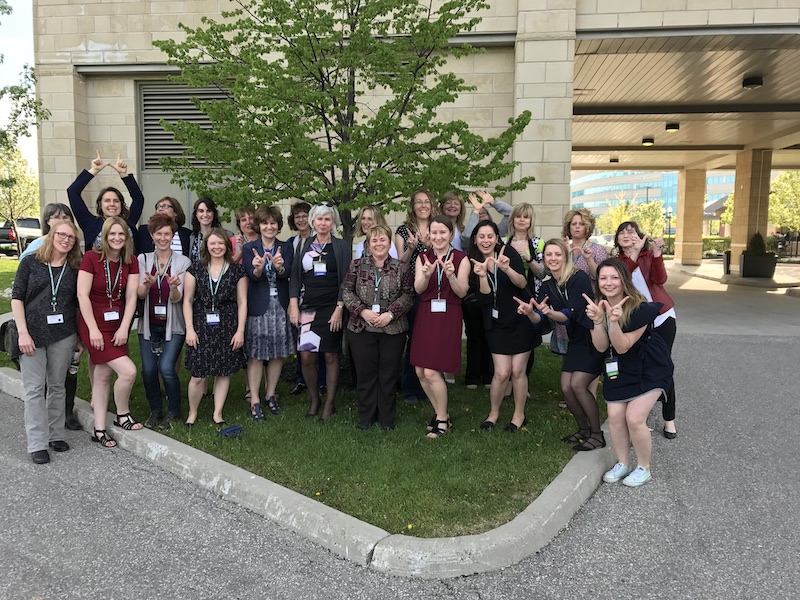 But what we’re really happy to see is how many conversations and initiatives have started on the gender diversity front. A decade ago, there were not many women in the sector – that’s just the way it was, no one thought it was right or wrong. We didn’t think it was right or wrong either, we just wondered why, and also wondered how many of us were actually out there. We’ve seen the benefit of starting a conversation. Everyone is welcome at the events we’ve held, and sometimes there are even more men than women. That is just the nature of the population! These men – showing up, listening, and asking questions – will play a pivotal role in raising the percentage of women in the forest sector workforce from 17 per cent.

We’ve learned that there are many challenges out there. Many women report difficulties integrating back into their positions after taking a maternity leave. Whether it be difficulty finding childcare with flexible or extended hours, the inability to do camp work anymore, or requiring more regular hours or schedule flexibility to balance home and work life, there are some obstacles. Women report that traditional gender roles are changing at home, and partners are often contributing more equally to raising children, but when both parents work, someone has to be more readily available for emergencies and day care pick-up. Women who are thinking long-term about their career trajectory have reported that the predicted hit, set-back or disadvantage of having children is a consideration for them in family planning. They worry about how taking time off for maternity leave, and being less able to travel or work long hours during the years that children require more care will put them at a disadvantage for promotions. Women looking for employment or working contract positions are hesitant or worried about how pregnancy could impact their ability to be hired. 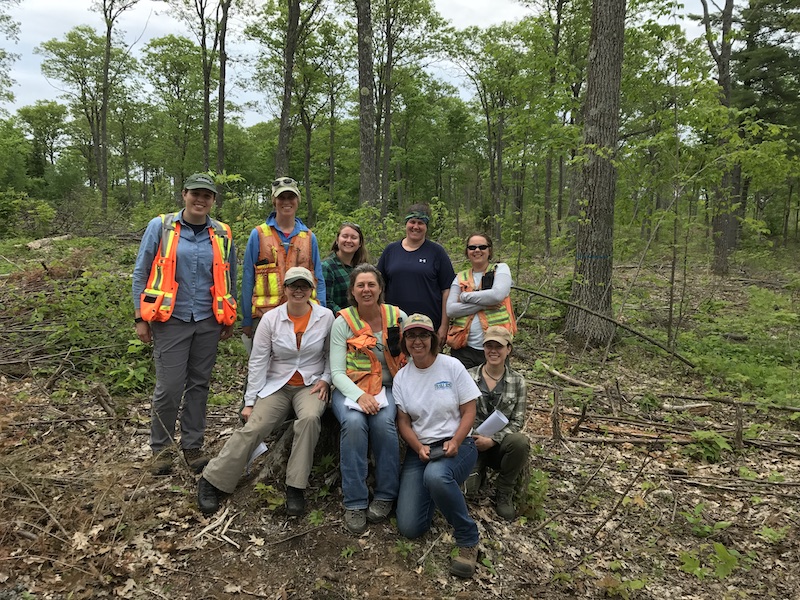 However, we’ve also learned that all of the above can be overcome, and that there are many Women in Wood who are killing it out there. The champions that have emerged are inspiring – both men and women – who are taking a stand and busting down these barriers. We’re very thankful for these champions, including the editors at CFI who have done wonders to highlight amazing women working in the forest sector.

For us, Women in Wood is a labour of love, one that we give time to in our evenings and weekends, but also one that we’ve gotten so much back from. We are absolutely astounded at how much interest there has been, and how many people have reached out and offered support or encouragement. Every conversation has left an impression on us. We can’t wait to see what the next five years brings.

Related
Every day is new: Q&A with field safety consultant Lisa Schneider
A rewarding experience: Q&A with county forester Lacey Rose
A love for forests: Q&A with silviculture forester Jeanne Besaw
The benefits of gender equality in forestry for men