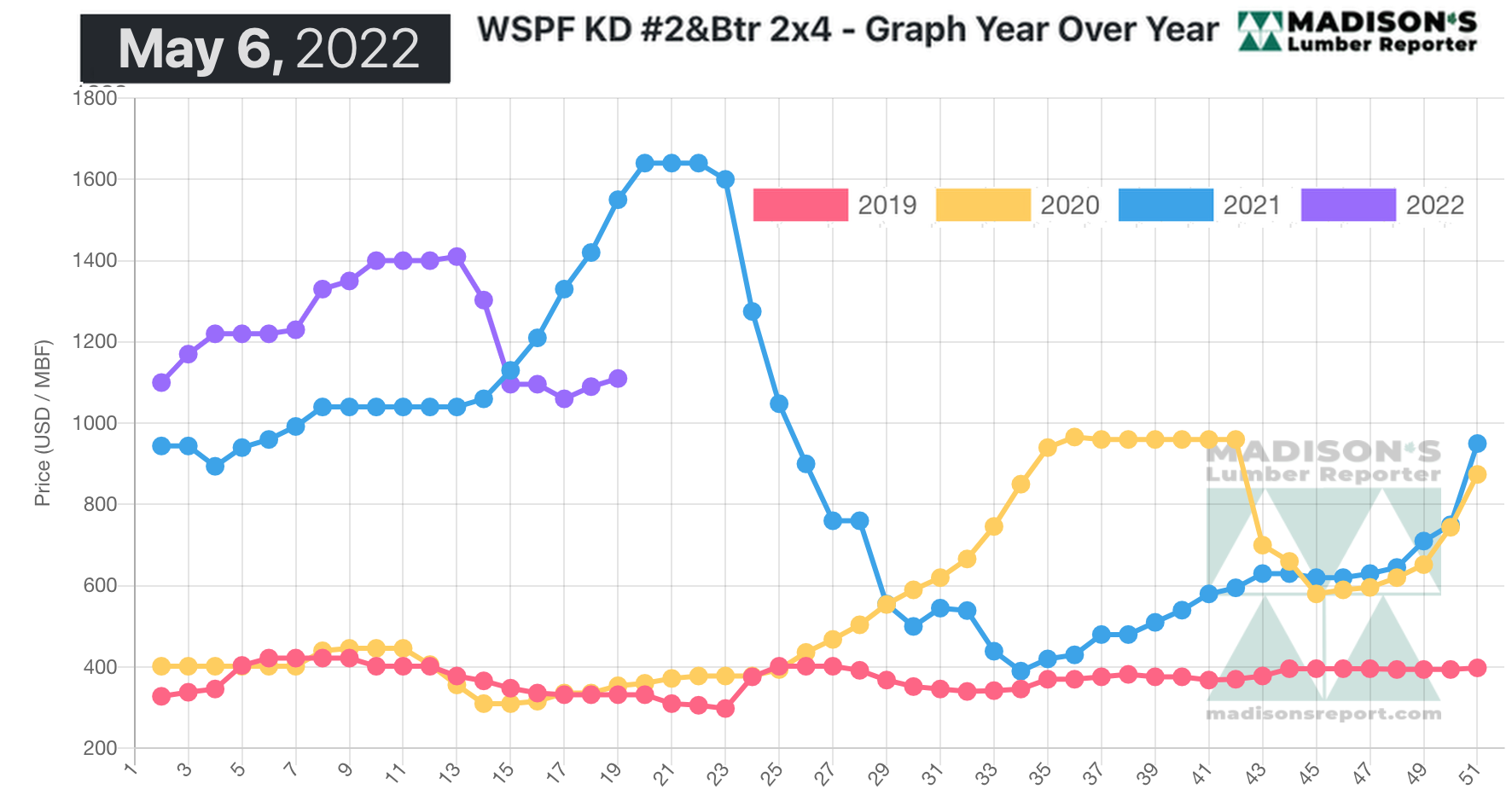 While many North American construction framing dimension softwood lumber and panel prices stayed flat, others did rise a little bit. Customers satisfied with recent price drops agreed with current levels, and came back to buy at good volumes. Inventories in the field seemed to improve, possibly suggesting that near-term demand will ease as end-users are starting to get stocked up on the wood they need for immediate purposes. At this time last year lumber prices started their skyrocket to absolutely unprecedented highs, where they stayed for a few weeks then fell way back down to the lows of 2019.

This year those wild swings seem to be getting worked out, with lower highs and higher lows, so it is likely industry has found where the “new normal” is, thus where pricing levels are going to be.

Sawmills maintained two- to three-week order files, not in particularly strong or weak positions according to players.

“Steady underlying demand was evident this week even as prices flattened out and sales paused.” – Madison’s Lumber Reporter 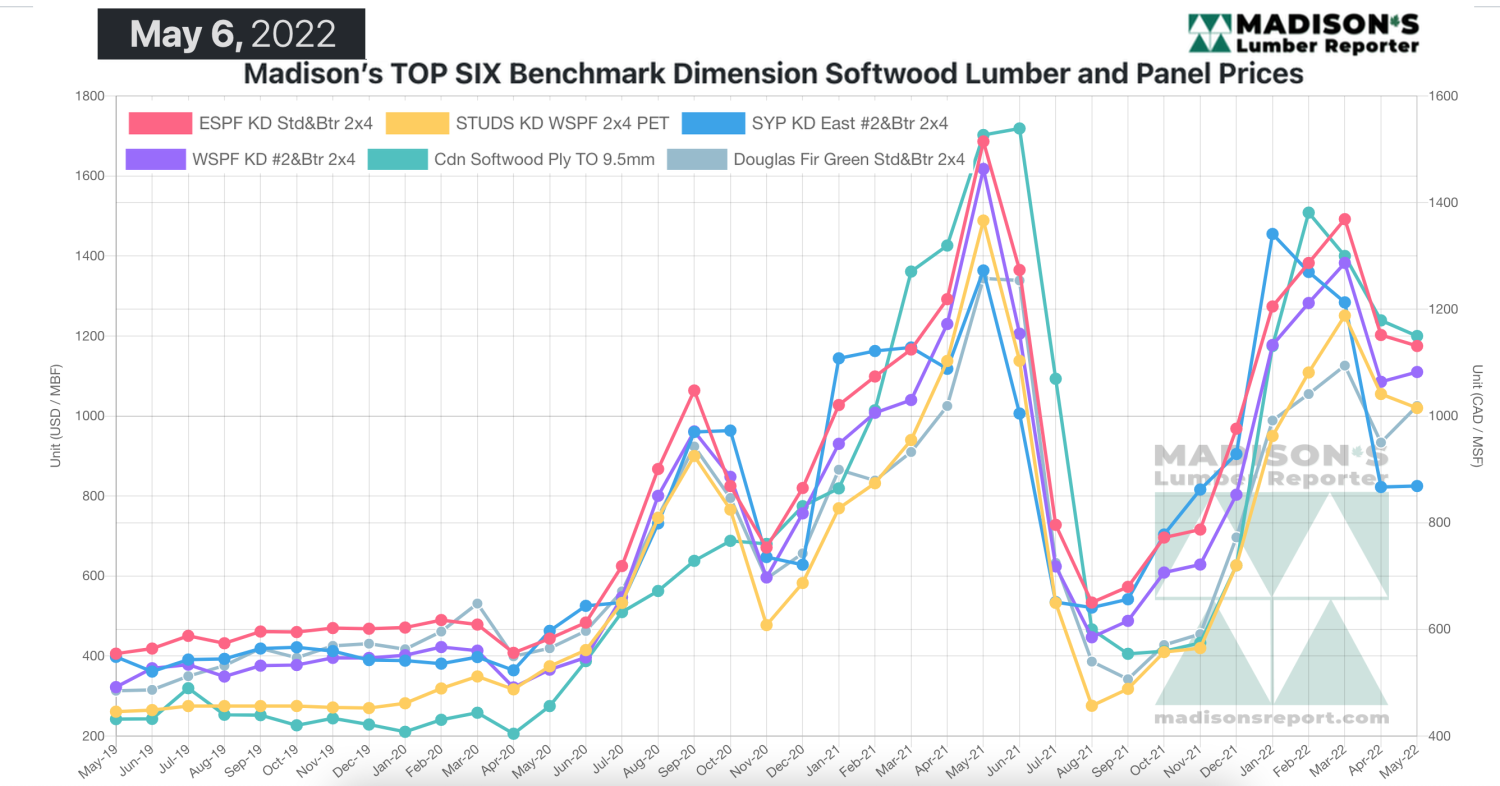 Producers of Western S-P-F  commodities in the United States kept their numbers close to the previous week’s levels as sales took a pause. Most buyers had covered their needs for roughly one- to two-weeks out and stepped back to digest previous orders, and try to figure out where the market was going.

Sales of Canadian Western S-P-F continued to firm up. Prices remained a bit of a mixed bag; with wholesalers and distributers looking to shed some of their inventory, but not nearly as aggressively as in recent weeks. Sales volumes were strong on both sides of the border.

“Suppliers of green Douglas-fir lumber and studs reported good demand as construction activity rumbled further to life in several markets. Players noted that perhaps the most important region, California, was bustling lately. Logistical concerns continued to rule every transaction as there was no improvement in the dearth of empty rail cars for sawmills to load. Order files were into mid- or late-May.” – Madison’s Lumber Reporter