Features Harvesting Logging Profiles
Survey snippet 12: The benefits of being a logger 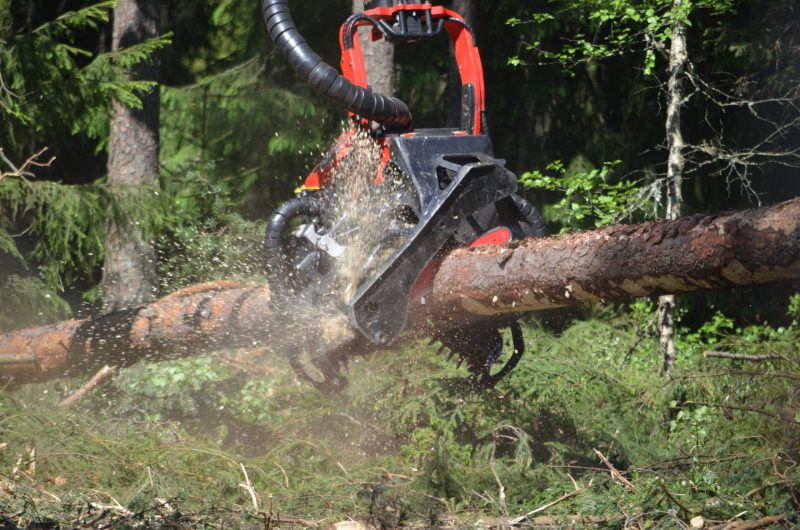 Being a logger is not for the faint of heart – it requires long hours and commitment, often working in adverse weather conditions. In 2018, personal financier comparison website Finder Canada ranked logging and forestry as the most dangerous industry in the country, and the industry lowest in terms of risk of reward.

But, if you’ve ever asked anyone who works in forestry why they enjoy the job, two out of three times, the answer will be the ability to work outdoors. The results of CFI’s 2020 Contractor Survey reinforce that idea, with a higher percentage of loggers saying they enjoy working in the woods the most (66 per cent) compared to in 2018 (57 per cent).

This is followed closely by the independence logging gives them (45 per cent) and the variety and challenge of the role (42 per cent).

Financial compensation remains the least likely aspect loggers enjoy, but this number has improved since 2018: 19 per cent say they enjoy it, compared to 10 per cent in 2018. Respondents in Ontario and Quebec are still the least likely to choose this answer, at seven per cent and three per cent, respectively, but this is an uptick from zero per cent two years ago. 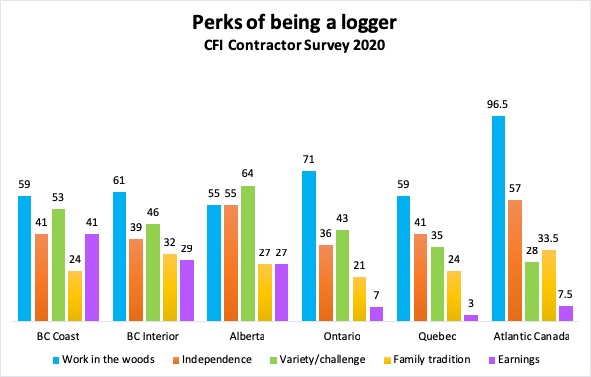 Percentage of respondents who say they enjoy these parks of the job, by region.

Despite that, 72 per cent of loggers say that financial compensation is the most important part of the industry to improve in order to attract replacement contractors. This is a slight drop from 2018, when that number was 74 per cent.

However, employment stability has risen to the second-most important part that needs to improve, reflecting the uncertainty that plagued the industry in 2019 and the first half of 2020. It’s no surprise that more loggers in B.C. rated this as important (55 per cent in the B.C. Interior and 53 per cent in the B.C. Coast) than in any other province, given the dwindling fibre supply, pests, and wildfires the region faced last year. This, in conjunction with weak lumber markets, led many B.C. sawmills to shut down, reducing demand for loggers.

But this might also explain why loggers view co-operation with wood buyers as less important than they did in 2018, with just 34 per cent saying it needs to improve in 2020 compared to 40 per cent two years ago.

Interestingly, workload has jumped in importance, with 32 per cent of loggers saying this needs to be improve in order to attract replacement contractors, despite contractors running their operations for a shorter period of time on average.

Access to finance is also seen as more important, with 24 per cent of respondents saying this needs to improve, as opposed to 16 per cent in 2018 – reflecting the ongoing rise in operating costs. 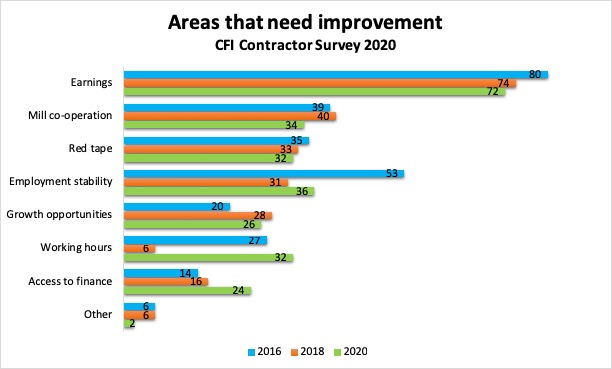