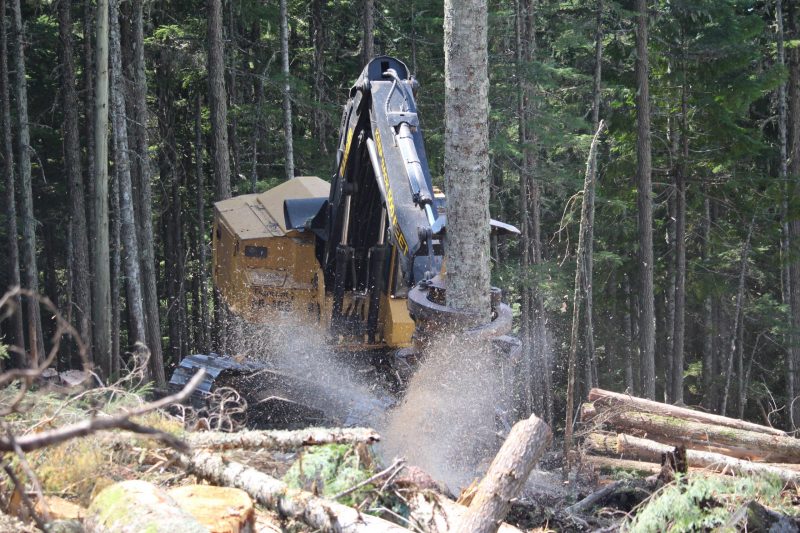 As forestry machines are upgraded to include the latest sensors, data interfaces and features to improve efficiency and power, it’s no surprise that machinery costs are continuing to rise. But the results from CFI’s 2020 Contractor Survey show that it’s not just machinery costs that are driving higher operating costs – insurance costs have skyrocketed compared to three years ago.

Regionally, 100 per cent of contractors in Ontario and Atlantic Canada say insurance costs are higher than three years ago, followed by 90 per cent in Alberta, 89 per cent in the B.C. Interior, 87 per cent in Quebec and 80 per cent in the B.C. Coast. This increase could be due to a number of reasons, including the risks posed by COVID-19 and more severe, longer wildfire seasons that threaten operations.

Respondents also say machinery purchases, as well as parts and services, have increased significantly, though the percentage of contractors who say so has dropped slightly compared to 2018.

We also asked contractors to rate the cost of labour, hauling, fuel, supervision and finance. Overall, every category of costs has increased for approximately half of all contractors. See a breakdown of results below. 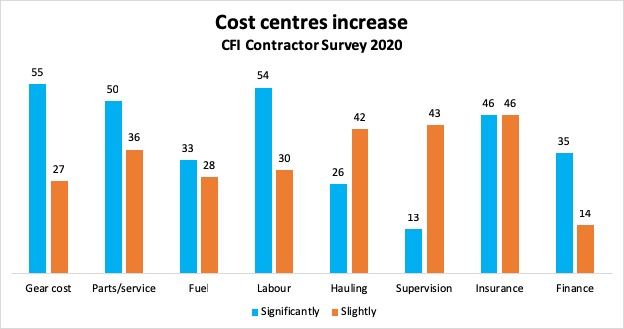 Percentage of respondents who feel costs have increased either significantly or slightly.

For most categories – gear cost, parts/service, hauling and supervision – these numbers are similar to what we saw in our 2018 Contractor Survey. But there are a few significant changes.

Another significant change is that fewer operations rate financing costs as increasing (49 per cent versus 60 per cent in 2018). A larger percentage of respondents say financing costs are the same as three years ago (37 per cent) or lower (14 per cent).

These changes might help explain why operators are potentially seeing their profit margins slowly inching upwards, despite the other increasing cost centres.