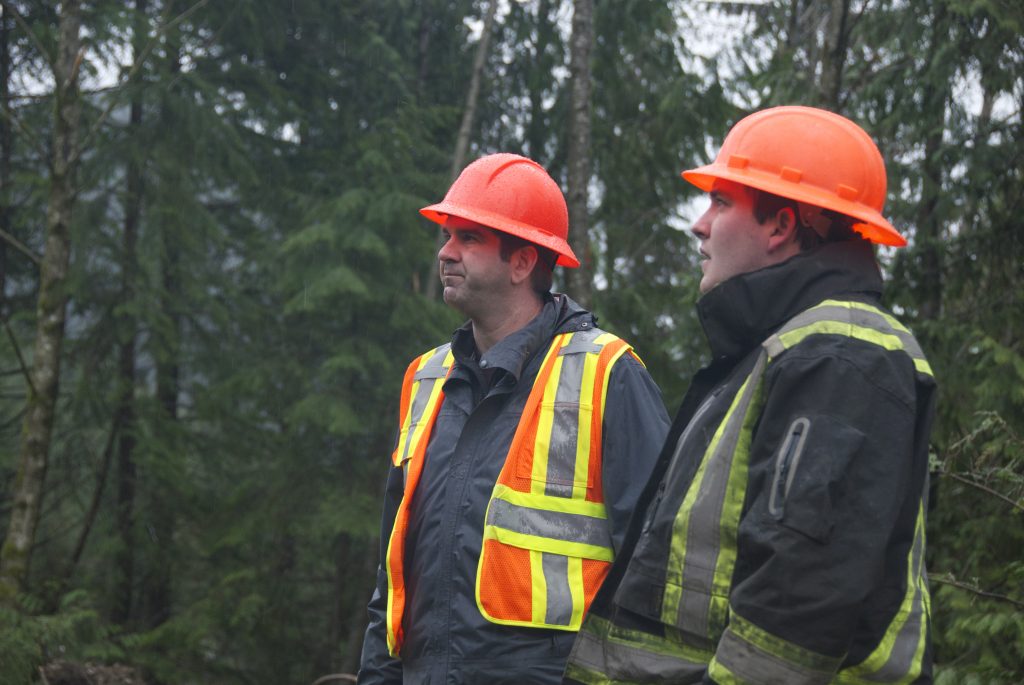 Despite operator rates increasing in 2020, according to the results of CFI’s 2020 Contractor Survey, the number of operations that offer benefits has declined compared to two years ago.

In contrast, our 2018 Contractor Survey found that 66 per cent of contractors offered benefits to employees, and the majority (61 per cent) offered medical and dental insurance. Although there is a slight increase in the number of companies offering paid vacation days beyond the legal minimum and paid sick/personal days, on average fewer companies are offering benefits in general. See how the numbers compare in the chart below. 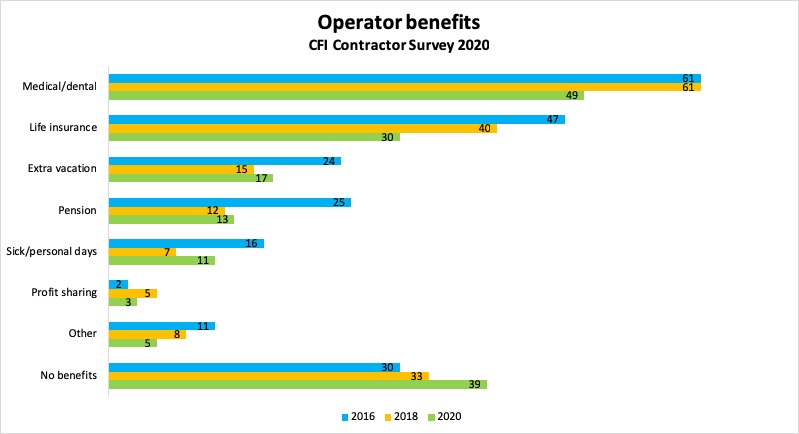 Percentage of respondents who offer these benefits.

The majority of companies in Alberta also provide employee benefits (64 per cent). That province also has the highest number of companies offering profit sharing (18 per cent).

Unlike in 2018, when a strong majority of contractors in Ontario also offered benefits (83 per cent), less than half (44 per cent) provide benefits in 2020.

Just 43 per cent of companies in Quebec report providing employee benefits, down slightly from 45 per cent in 2018. Those that do are most likely to provide medical and dental insurance (23 per cent).

Bucking the trend for the rest of the country, more companies in Atlantic Canada reported providing employee benefits in 2020 (46.5 per cent) compared to in 2018 (37 per cent).

Percentage of contractors who offer some form of benefits to staff.