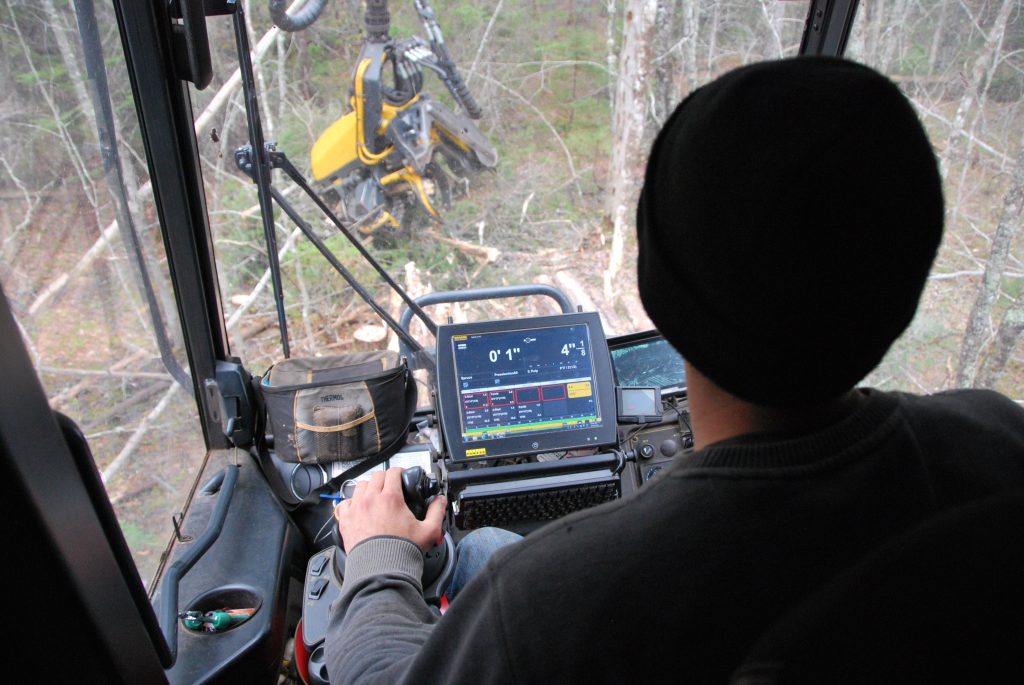 Results from CFI’s 2020 Contractor Survey show that forestry equipment operators and drivers across Canada are, on average, earning $30 per hour – a slight increase from the $29/hour they reported making in 2018.

Operators in the B.C. Coast continue to earn the most, but now operators in Alberta are also in the top bracket – both provinces have an average rate of $37 per hour.

Following the trend from 2018, operators’ rates decrease as you move east, with operators in Atlantic Canada earning the least (on average, $22.50/hour). But overall, the estimated average rate in all provinces either increased or remained the same as in 2018. These reported rates do not include benefits. 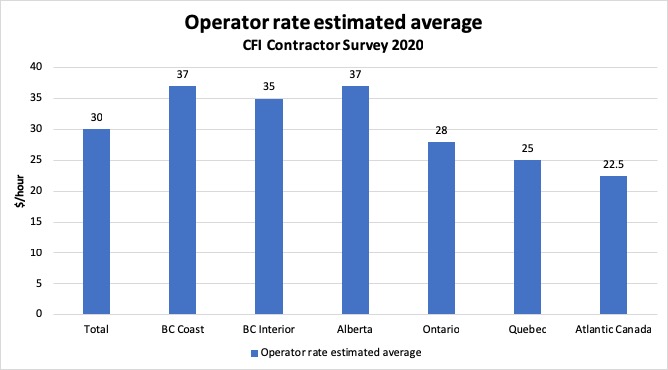 Estimates of contractor wages per hour based on the average of all responses.

But, the difference in rates from province to province is extremely noticeable when the data is broken down into wage ranges.

These numbers make sense given the nationwide labour shortage of operators and drivers, as well as the competition from other industries in the region such as oil and gas and mining.

Jobs continue to be harder to find in Atlantic Canada, especially given the closure of Northern Pulp in Nova Scotia earlier this year. While the estimated average rate for Atlantic Canada’s operators has increased, the region is still the only one in the country where operators earn less than $16 per hour (25 per cent). No operators earn more than $30/hour. Nearly half (49.5 per cent) make $21-25/hour, with another 24.5 per cent earning $26-$30/hour. 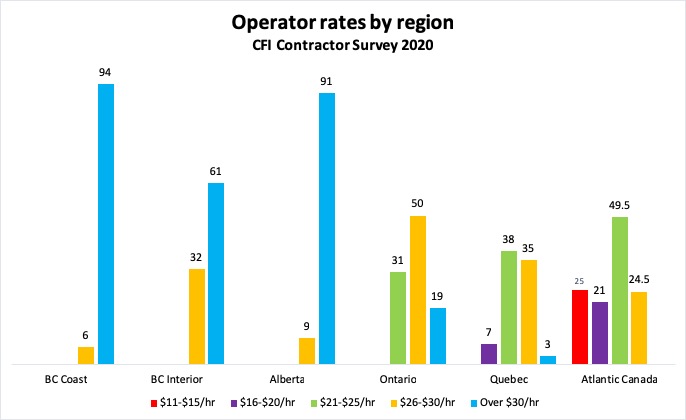 However, a handful more contractors reported earning $11-$15/hour (two per cent versus zero per cent in 2018), likely as a result of the challenges in Nova Scotia. Six per cent of the 2020 respondents say they do not hire operators/drivers. 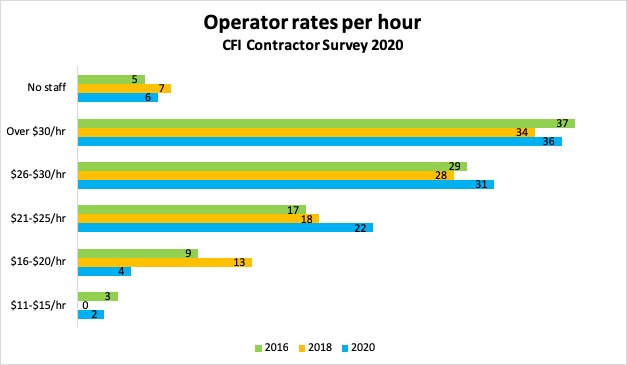 Percentage of respondents reporting operator/driver rates in these ranges.