On the other hand, it appears that “competing” is a relative term, and depends on where the contractors operate and how large they are. Over half (56%) report that they supply just one or two mills with products, and seventy per cent of the largest contractors ($5M+ range) say that is the case.

Regional variations
The number of mills competing or being supplied by loggers also depends greatly on the region in which they operate. The potential diversity of clients is highest on the BC Coast and Ontario, the only regions where the majority of contractors report that four or more mills compete for fibre (63% and 71% respectively). Less diverse are the BC Interior (44% have four or mills competing), Atlantic Canada (44%), Quebec (42%) and Alberta (30%).

Within these provinces are pockets of very restricted competition, with 40 per cent of Albertan loggers reporting that only one mill competes for the fibre in their region. Twenty-five per cent of loggers in Atlantic Canada say the same thing, followed by 19 per cent on the BC Coast.

By contrast, loggers in Atlantic Canada (40% sell to two or fewer) and Ontario (31%) appear to have more options.

Look for the 15th and final Survey Snippet next week when CFI shares some of the loggers’ comments and suggestions.

Missed Survey Snippet #13 on what loggers like about their role and what needs to be improved? See it here. 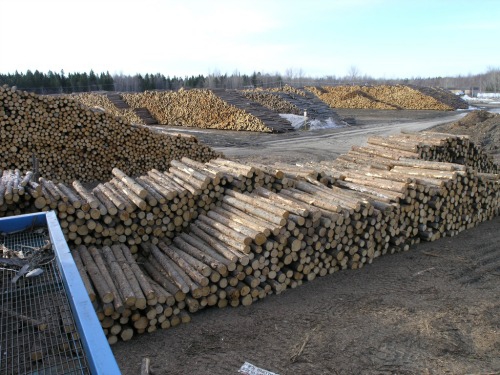