Here in Canada our forest industry has all of the components needed for success, including leading edge technology, a highly skilled and well educated workforce, and sustainable forests. So why are most of the larger Canadian-based forest products companies continuing to bleed red ink at an alarming rate? 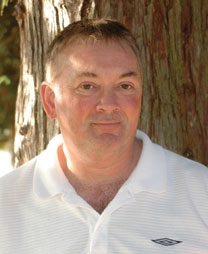 The easy answer is that we are in the middle of a global recession. However, when I read the latest Global Forest and Paper Industry Net Earnings Summary from PricewaterhouseCoopers (PWC), I found it interesting that eight of the 10 largest public U.S.-based forest and paper companies were in the black for the three months ended June 30, 2009. North of the 49th parallel, things weren’t so rosy. PwC reported the net earnings from 15 of our country’s major producers and only five Canadian-based companies were in the positive. That means just 33% of the Canadian companies on the PwC list were profitable, versus 80% of the companies on PwC’s U.S. list.

When you look at the combined numbers for all listed companies in Canada and the U.S. the storyline remains the same – those situated north of the border fared far worse than those based in the U.S. In aggregate, the Canadian companies listed lost C$660 million in Q2, while our cousins south of the border reported a combined profit for the same period of US$839 million. The big question that must be on the minds of company executives, politicians, and industry association leaders in this country has to be, why are U.S. companies able to make money, while here in Canada, most companies can’t?

Looking a little closer at the numbers, Canada’s biggest loser was by far AbitibiBowater with an astronomical loss of C$595 million. Although the company is based in Montreal, a percentage of its losses stem from its facilities in the U.S. This skews the results, as does the fact that in Canada, PwC listed 15 companies versus 10 in the U.S. But even if you remove AbitibiBowater from the equation, taking its C$595 million loss off the list, Canada’s now top 14 come in at a combined total loss of C$65 million, and if you look at only the top 10 earners in Canada, five of which lost money in the quarter, they have aggregate total earnings of just C$69 million. That makes things look a little more respectable, but we’re still a long way from the positive US$839 million reported by the U.S. top 10.

So what else contributes to the difference? There’s the Black Liquor Tax Credit that has put millions of dollars in the pockets of U.S. pulp and paper companies, and of course, there is the Softwood Lumber Agreement, or the SLA. Whether Canadian sawmillers are profitable or not, the SLA, complete with its quotas, different rates for different regions of the country, and continually changing interpretations of the rules, impacts the bottom lines of Canadian companies.

Then we have currency fluctuations. As I write this column three weeks into September, we are flirting with a Canadian dollar at par. We are only about 7% away from that point right now and our Loonie is heading higher. When you sell most of your products in U.S. dollars, that has a major impact on your financials. In fact, PwC estimates that every one cent change in the value of the Canadian dollar versus its U.S. counterpart translates into a $450 million loss or gain for the Canadian industry.

And finally, log prices in the American free market system drop far quicker during tough times than they do here in Canada. It’s basic supply and demand, but on our side of the border where we source most of our logs from Crown land, we don’t have that luxury. Lumber prices may be down, but log costs haven’t dropped proportionately. And when more than 50% of the costs in the average Canadian mill is logs, it doesn’t take a financial expert to figure out what that’s going to do to the bottom line.

If the Canadian forest industry had to deal with only one or even two of these issues, we might be able to come closer to the U.S companies in terms of results. Our government is doing what it can to help by implementing programs that counteract the advantage American producers have had with the Black Liquor Tax Credit, but on the lumber side, Ottawa’s hands are tied due to SLA implications. For now, we have what many industry executives have called, “the perfect storm.” We still have a long way to go before we hit sunny skies and even when we do, it’s not going to be a level playing field. It never has been, and let’s face it, it never will be. But that’s where our technology, our abundance of timber and the ingenuity of our workforce will at least tilt things a little more in our favour.

Related
Hang On and Enjoy the Ride
Levelling the Field
What BOTTOM?
Conference Season