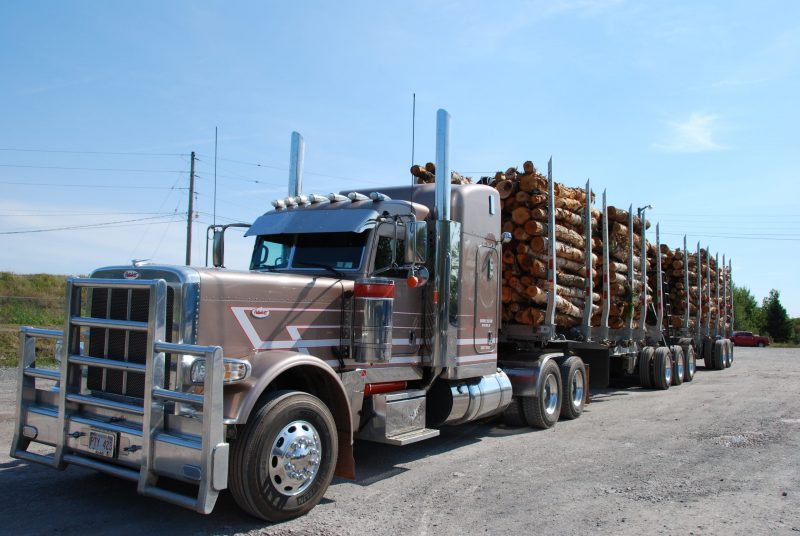 The big news in Atlantic Canada this year has, of course, been the closure of Northern Pulp in Nova Scotia, effectively eliminating the pulp market for the region.

The impact of this closure is evident in the results of CFI’s 2020 Contractor Survey. While Atlantic loggers are still reporting decent profit margins and have even increased their harvesting volume, there are multiple signs of trouble brewing: difficulty negotiating logging rates, few young people entering the industry, higher operating costs, and fewer customers for wood products.

In general, here’s what Atlantic loggers had to say:

In light of the Northern Pulp closure, it’s no surprise that Atlantic Canada contractors are struggling more than ever to negotiate better rates. In 2018, just 28 per cent saw a rent increase compared to five years ago. That number has halved to just 14 per cent, and in Nova Scotia, that number is zero.

For nearly half of all Atlantic Canada contractors (46.5 per cent), logging rates have been stagnant since 2015. And for 28.5 per cent, logging rates have decreased. In comparison, just 17 per cent reported lower rates in 2018, and 23 per cent did so in 2016. This puts the region solidly at the bottom in terms of rate negotiations. Nationally, 45 per cent of loggers saw a rate increase. In the B.C. Interior and Alberta, that number jumps to 53 per cent and 63 per cent, respectively.

Despite the dismal picture when it comes to logging rates, contractors in the region were the least likely to report making no profit in the last year. Just 10.5 per cent say they didn’t make a profit. In comparison, that number jumps to 38 per cent in Ontario. More than half (55.5 per cent) report a profit margin between one and five per cent. Interestingly, 17 per cent say their profit margin was above 20 per cent, tying with the B.C. Interior for the highest percentage in this category. This is higher than in 2018, when just six per cent achieved 11 per cent or higher profit margin.

These numbers may be skewed because 17 per cent of Atlantic Canada contractors preferred not to say or did not know their profit margin in the last year.

While Atlantic loggers seemed to have relatively steady operating costs in 2018, our 2020 survey shows that costs are on the rise in this region, just like they are across the country. More Atlantic Canada loggers rate labour costs as slightly higher than in any other region (65.5 per cent). And the cost of purchasing machinery has also gone up, with 77.5 rating it as more expensive than three years ago. Even more Atlantic Canada contractors (83.5 per cent) say the cost of machinery parts and services is up. This increase in machinery costs means insurance costs are up; 100 per cent of Atlantic Canadian contractors say insurance costs are higher than three years ago, just like in Ontario.

Despite higher harvesting volumes, Atlantic loggers’ revenue has remained about the same as in 2018, at around $2 million. This number, like their harvesting volume, is higher than their neighbours in Quebec, where the estimated average revenue is just $1.74 million.

Atlantic Canadian operations still have the fewest pieces of equipment, with an average of six. No contractors run more than 20 machines, but fewer operations run between one and three machines in 2020 (34 per cent) than in 2018 (43 per cent). Most Atlantic contractors (41 per cent) run between seven and 10 machines. Another 14.5 per cent run four to six machines.

With such small fleets, it’s no surprise that Atlantic contractors employ the fewest number of people. The average contractor employs between seven and eight people – a far cry from the average of 32 people in Alberta, where operations are largest. More than half of Atlantic loggers employ one to five people. None employ more than 50 people, unlike on the B.C. Coast, where 13 per cent employ 51 to 100 people. But, there has been a drop in the number of Atlantic operations with no employees, from 18 per cent in 2018 to just 3.5 per cent in 2020.

Despite the closure of Northern Pulp, there is still high market competition for Atlantic loggers’ logs and other wood products. Twenty-eight per cent of contractors in the region have more than five customers, the highest in any region in Canada. But, this is a drop from 42 per cent in 2018. Now, 29.5 per cent of contractors say they have just one customer, compared to 11 per cent in 2018. Another 29.5 per cent have three or four customers compared to 36 per cent in 2018. It’s clear that the shutdown of Northern Pulp has had some impact on market competition, although perhaps not as much as some had feared when the mill closed at the beginning of the year.

With smaller companies and lower revenues, the barrier to entry for the younger generation should be lower. But, with the closure of Northern Pulp and higher operating costs across the region, it seems fewer young people are getting into the industry. Just eight per cent of Atlantic loggers are under 35 years old, compared to 24 per cent in Alberta and Ontario. The region has the largest percentage of contractors over 65 (24.5 per cent). Another 18 per cent are between 56 and 65 years old. The remaining 50 per cent are between 36 and 55 years old.

As a result, Atlantic Canadian contractors are among the oldest in the country, with an estimated average age of 54, the same as contractors on the other side of the country on the B.C. Coast. The national average age is 52 years old.

In comparison, neighbouring Quebec and Ontario have the youngest workforce, with an average age of 49 and 48 years old, respectively. Just like in 2018, this makes one wonder what needs to happen in Atlantic Canada to attract more young people to the industry?

Despite the older average age of Atlantic loggers, they plan to stay in the industry for another 12 years, on average. But, when broken down by province, there’s a clear difference between New Brunswick and Nova Scotia. In New Brunswick, the estimated average is 17 years. In Nova Scotia, it’s just seven years – again, a sign of the impact of Northern Pulp’s closure.

Nearly half (49.5 per cent) of Atlantic loggers plan to leave the industry in 10 years or less, and for 32.5 per cent it’s five years or less. This is a drop from 2018, when those numbers were 69 per cent and 39 per cent, respectively. But this could be because more loggers have retired in the interim.

Given these numbers, it’s especially concerning that nearly half (46.5 per cent) of Atlantic contractors have no succession plan. Another 27 per cent plan to sell or auction their equipment and shut down, and 23.5 per cent say they expect their children to assume control.

It’s no surprise that, when asked about future challenges, they highlight the closure of Northern Pulp and the resulting lack of a pulp market. In fact, 82 per cent of Atlantic loggers rate access to markets as “very important,” compared to a national average of 65 per cent. In Nova Scotia, that number is 100 per cent. Logging rates are also a major concern, with 93 per cent of Atlantic loggers rating it as “very important.”

Despite how few young people are getting into the industry in the region, Atlantic loggers are still less likely to rate this as a major issue, with just 51 per cent saying it’s a concern, compared to 72 per cent nationally.

With the closure of Northern Pulp and the other challenges facing Atlantic loggers, we can expect that the industry will look very different five years from now. Many loggers are likely to leave the industry, especially in Nova Scotia. While there is still high market competition for logs and other wood products, such as wood chips, the industry will likely contract, and the impact of that will be felt for generations to come.