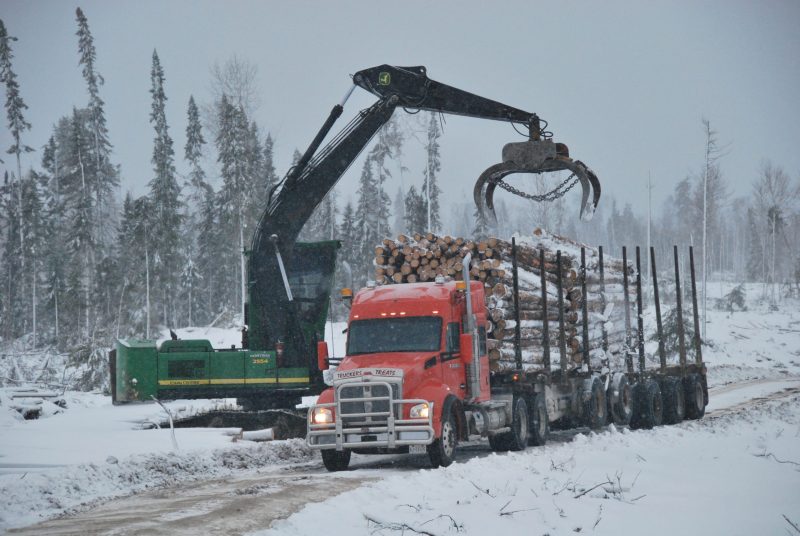 In 2016, the last time CFI shared a regional report on Ontario, the outlook was bleak. The region was considered a tough place to log, with contractors less likely to have seen a rate increase and among the worst profit margins in the country.

But according to the results of CFI’s 2020 Contractor Survey, Ontario loggers are having much more luck in negotiating logging rates now. More young people have also gotten into the industry, and while harvesting volumes are lower than in 2018, they have not dropped off as dramatically as in other provinces. However, there is still work to be done: Ontario loggers are still among the least profitable in the country thanks to high operating costs. On the whole, the results are more positive for Ontario than in previous years, and there are signs that the industry will see more good news in light of the provincial government’s new forest sector strategy.

Contractors in Ontario, in general, reported the following:

But, the higher logging rates does not equal higher profit margins. In fact, Ontario has the highest percentage of loggers who report not making a profit in 2019 (38 per cent). No contractors report making a profit of more than five per cent in the region, with just 51 per cent saying they made a profit of one to five per cent. The remaining 13 per cent prefer not to say or don’t know. The estimated average profit rate in the region is just two per cent, the lowest in the country. In contrast, Alberta contractors report an estimated average of 8.4 per cent. In neighbouring Quebec, that number is 5.6 per cent.

The lack of profit in the region can be explained by the increasingly high costs, particularly when it comes to insurance. Across the country, 92 per cent of contractors say their insurance costs have increased in the past three years. In Ontario, that number is a full 100 per cent. This is likely because the cost of machinery has also increased drastically, with 63 per cent of contractors rating it as significantly higher than three years ago. Loggers report a corresponding increase in the cost of machinery parts and services, with 69 per cent saying it’s significantly higher. On top of that, 93 per cent of Ontario contractors say the cost of labour has increased, and 50 per cent say fuel costs have increased. Overall, it’s clear that logging has become a much more expensive endeavor in the region.

This increase in pay might be explained by the higher level of competition for skilled trades workers in the province, as older workers retire and fewer younger workers come into the industry to replace them (more on that below).

Despite low profit margins, Ontario loggers are among the hardest working in the country. Forty-four per cent of operations run more than 70 hours per week, higher than the national average of 35 per cent. Another 31 per cent run 51-70 hours per week. This puts the estimated average number of hours per week in the province at 73. Only Alberta and Atlantic Canada have a higher average number, at 105 and 107.5, respectively.

But, Ontario contractors are working fewer hours than they did in 2016. At the time, 77 per cent claimed to work more than 55 hours per week.

It’s no surprise, then, that Ontario contractors report much higher revenues than their eastern neighbours. The estimated annual average is $3.983 million, compared to just $1.74 million in Quebec and 2.041 in Atlantic Canada. Across the country, annual revenue has dropped from $4.52 million in 2018 to $3.96 million in 2020.

But, with higher harvesting volumes comes larger machine fleets. This helps explain why despite having higher revenues, Ontario contractors are seeing low profits. While fleets have become smaller across the country, with just 18 per cent running 21 or more machines, 19 per cent of Ontario contractors are running 21 to 50 machines. One-quarter say they have seven to 10 pieces of equipment, and another quarter has 11 to 20.

To run these larger fleets, Ontario contractors fall in the middle between their eastern and western counterparts. Thirty-one per cent employ between 21 and 50 people, on par with the B.C. Coast. Another 26 per cent employ between six and 20 employees. But, more than one-third (38 per cent) employ just one to five people. This puts the estimated average number of employees at 20 people. This represents a significant drop from 2016, when 54 per cent of Ontario contractors employed 21 or more people.

Despite the large fleets sizes and high operating costs, Ontario is seeing more young contractors coming into the industry. In fact, the province has the lowest estimated average contractor age, at just 48 years old, compared to the national average of 52 years old. This is a drop from 2018, when that number was 54.

Ontario also has the largest percentage of contractors under 35 years old, at 24 per cent. This is a big jump from the six per cent under 35 years old reported in 2018. Nearly half (44 per cent) of Ontario contractors in 2020 are between 36 and 55, similar to 2018 when that number was 50 per cent. The province now has the lowest proportion of contractors over 65, at just eight per cent. This demographic change could be because some of the older contractors have retired, but it’s also likely that programs encouraging young people to get into the industry are helping the region. This is a good sign for the industry, suggesting that the transition to the next generation is well underway.

Although Ontario contractors are the youngest in the country, they are the most likely to have a succession plan in place. Only 25 per cent say they don’t have a plan, unlike their neighbours in Quebec, where that number is 50 per cent.

Only 13 per cent of Ontario loggers say they will sell their equipment and shut down, the second lowest percentage in the country (second to Quebec).

Despite the high operating costs and low profit margins, there are reasons to be optimistic about the future of Ontario’s logging industry. With the youngest contractors on average and high likelihood of children taking over the business, it’s clear Ontario loggers see the industry as a good long-term investment.

The Ontario government released its final forest sector strategy in August this year. The plan calls for increasing the annual allowable cut and doing more with the available fibre, with a focus on value-added products and building up a market for low-grade logs to encourage economic growth in the industry. If the Ontario government follows through on these promises, loggers will likely see their profitability increase, especially with the high log prices the country has seen in the second half of 2020.