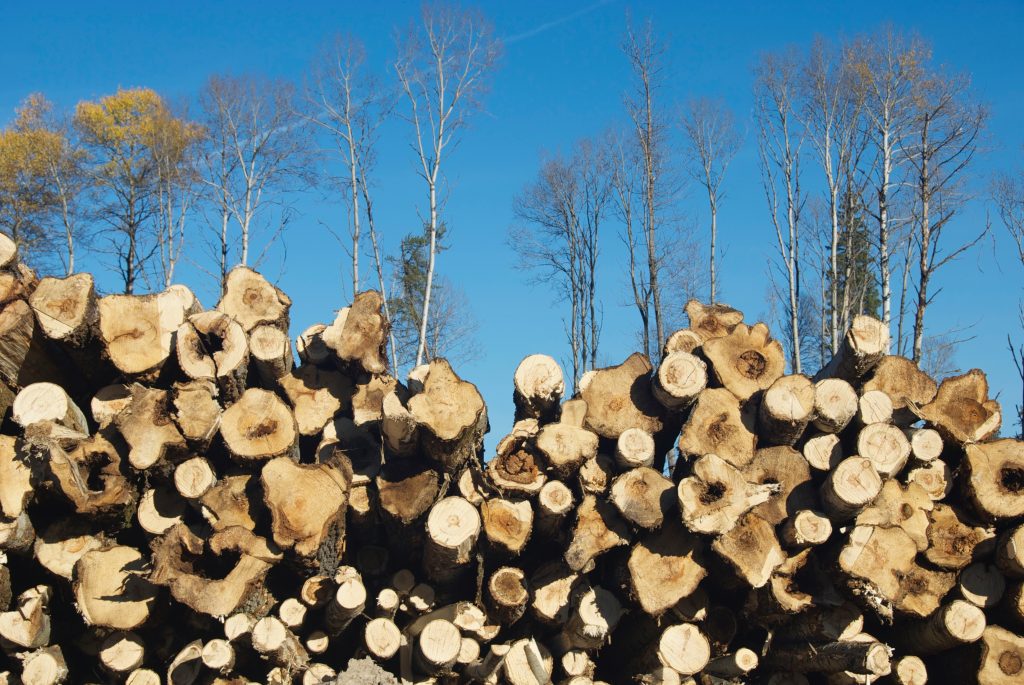 This year is unlike any other for Canadian loggers – and the world as a whole – thanks to the COVID-19 pandemic. When CFI asked loggers to take this year’s Contractor Survey in April this year, we knew that we wanted to get a sense of how COVID-19 had impacted loggers’ operations.

Since these questions were posed in the spring, the lumber market has rebounded, with record-high prices for lumber and strong demand that has not yet dropped off.

But, at the time, when asked about how concerned they were about the impact of COVID-19 on their business, over half of loggers (56 per cent) rated their level of concern at either a six or seven out of seven.

Only seven per cent of those surveyed had little to no concern about the pandemic’s effects, with the rest falling somewhere in between. 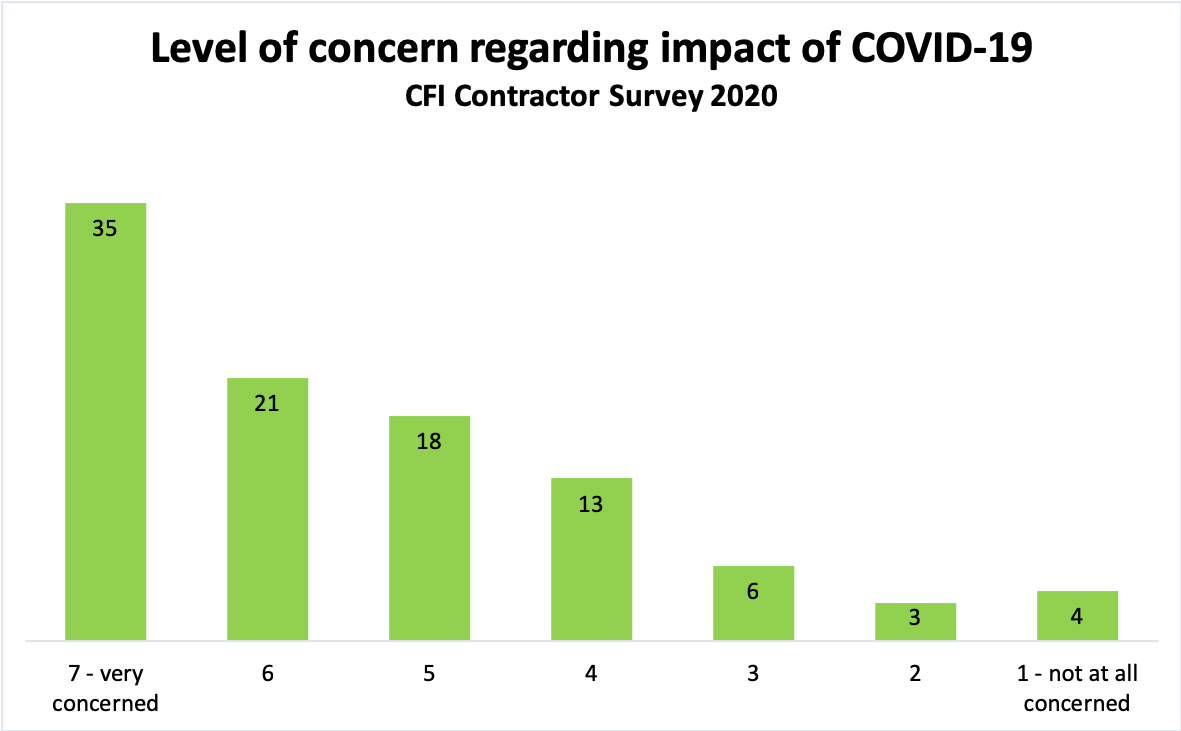 Percentage of contractors concerned about the impact of COVID-19 by level, out of seven.

Contractors in Alberta are least concerned, with just 44 per cent rating their level of concern as a six or seven out of seven. 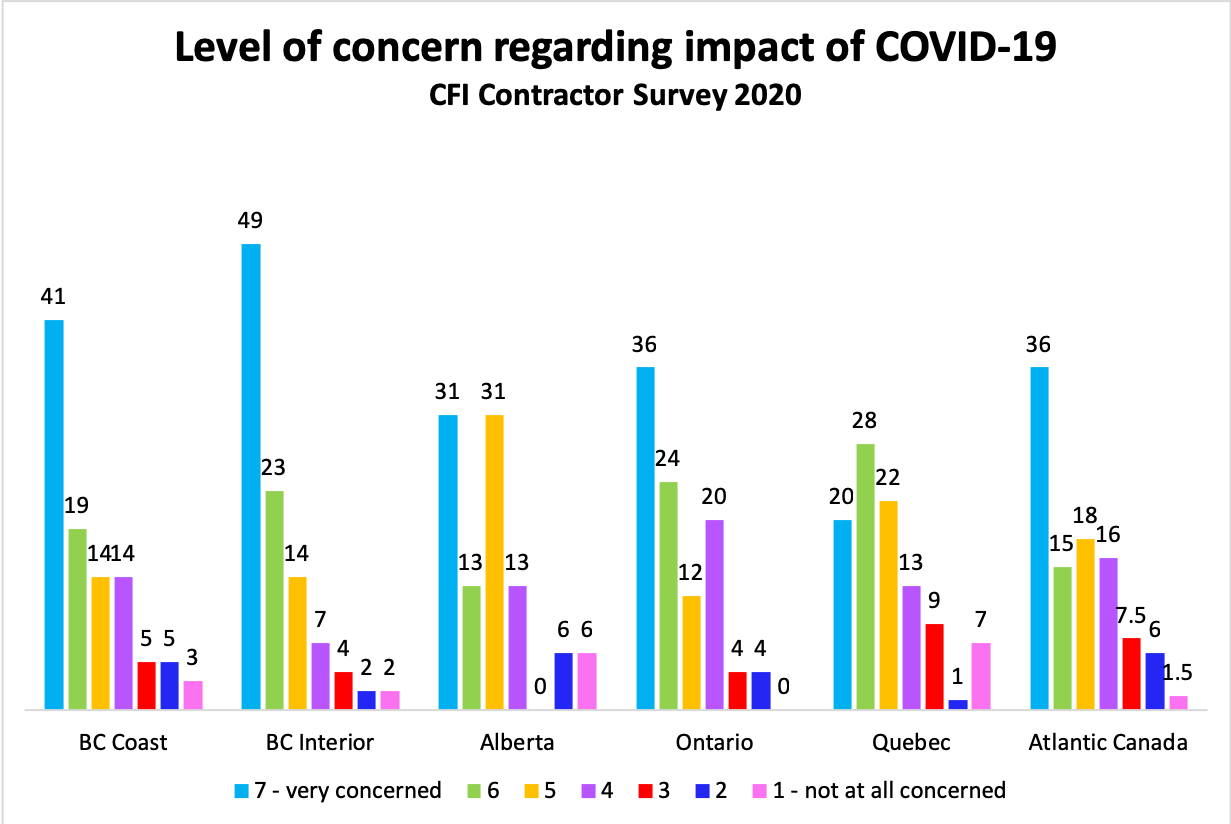 Percentage of loggers concerned about the impact of COVID-19, by level and by region. 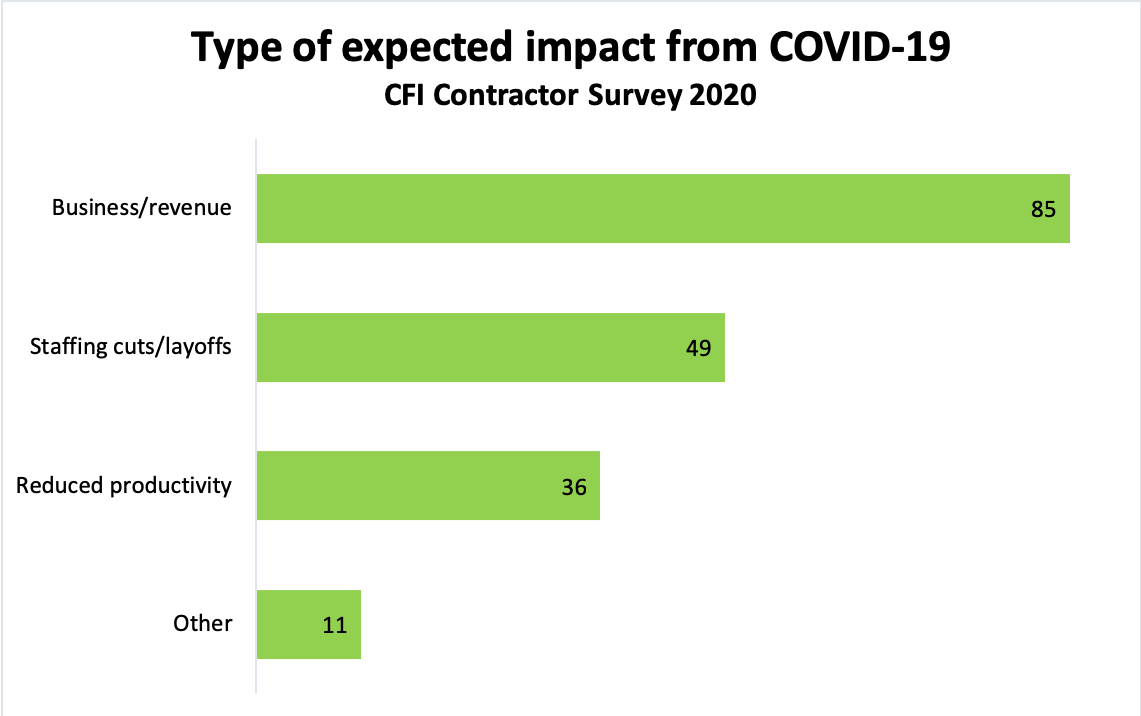 Percentage of contractors who expect this type of operational impact because of COVID-19. 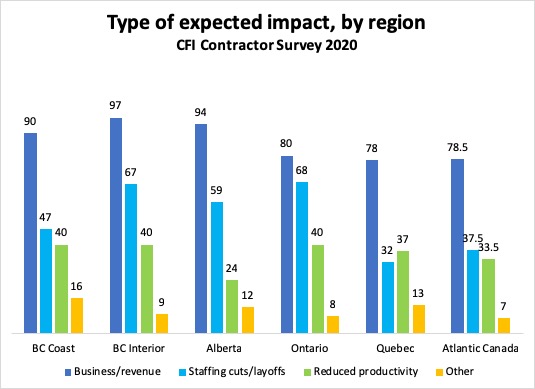 Percentage of contractors who expect this type of operational impact because of COVID-19, by region.