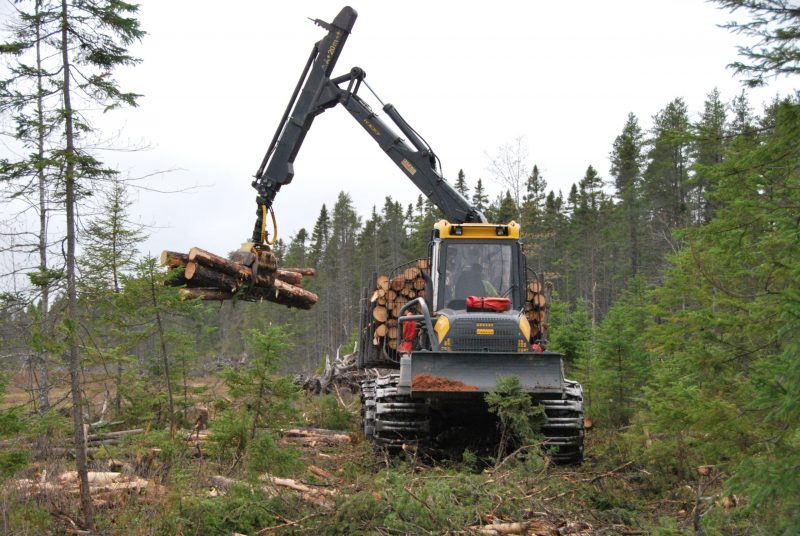 As more forestry machines are built with sensors, increased fuel efficiency, and greater operator comfort in mind, the price obviously goes up. This could help explain why the percentage of operations with 21 or more machines has continued to drop from 31 per cent in 2016, 26 per cent in 2018 and now just 18 per cent in 2020.

Keeping costs down is key as profit margins become narrower, and decreasing the size of the fleet can also help in this regard.

Just as in 2018, a quarter of loggers who took part in CFI’s 2020 Contractor Survey say they have one to three pieces of equipment (excluding pick-up trucks). The bigger change is in the number of operations that have between seven and 10 machines – 21 per cent of respondents have a fleet of this size, compared to 15 per cent in 2018. 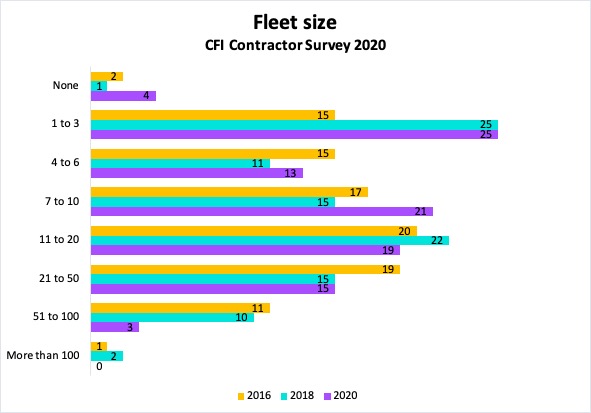 Contractors on the B.C. Coast are limited to fewer than 50 machines. The estimated average fleet size for loggers in this region has dropped to just 16 machines, with the majority (31 per cent) of contractors owning 11 to 20 machines. 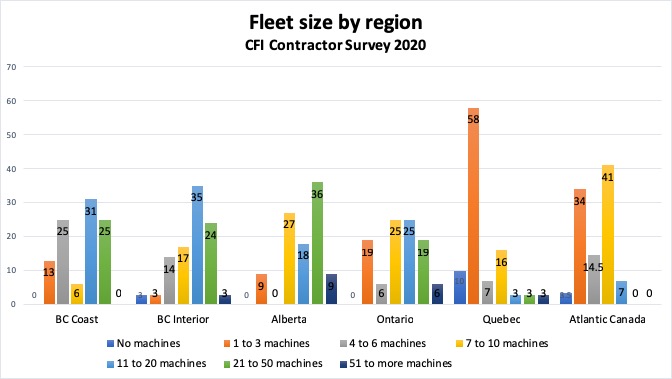