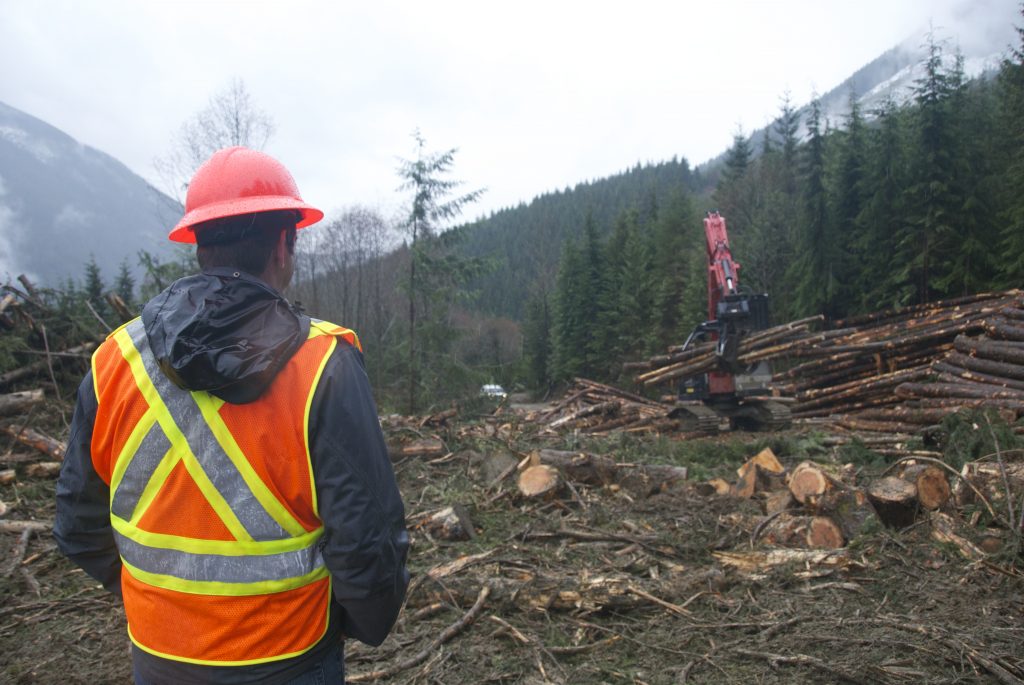 Since CFI’s 2016 Contractor Survey, contractors on the B.C. Coast have made a comeback. The B.C. government launched the Logging Contractor Sustainability Review shortly thereafter, outlining proposals to improve mill and contractor relations, and the 2018 Contractor Survey showed positive trends. Now, in 2020, the situation looks even better – on the surface, at least. Logging rates have improved for nearly half of all Coastal contractors, revenue is up, and more young people are entering the industry.

But challenges remain, such as higher operating costs, which lead to low profit margins, and regulatory issues including export policies and stumpage fees. These issues will need to be addressed to ensure the situation on the Coast improves for all contractors, not just the big players.

Contractors on the B.C. Coast, in general, reported the following:

This is especially the case on the B.C. Coast, where more than half of respondents (57 per cent) reported a rate increase compared to five years ago. This is a slight drop from 2018, when that number was 58 per cent, but still a huge increase from 2016, when it was just 39 per cent. Thirty-one per cent of respondents say rates have stayed the same.

While these numbers are positive, there is cause for concern, as 13 per cent of Coastal contractors report their rates have decreased by more than five per cent. In 2018, no contractors in the region reported a decrease this large. This might be a result of the eight-month long Western Forest Products strike on the Coast from July 2019 to February 2020.

But in comparison to contractors in Atlantic Canada, where just 14 per cent report an increase in rates, Coastal contractors are doing much better. Nation-wide, 43 per cent of contractors report a profit margin of three per cent or less, and 25 per cent report no profit – a small increase from 2018, when those numbers were 48 and 28 per cent, respectively.

With regards to profit, Coastal contractors continue to struggle, with 31 per cent making zero profit. Just 13 per cent report a profit higher than 10 per cent. The average profit margin on the B.C. Coast is 5.5 per cent, slightly higher than in the B.C. Interior.

In comparison, in Alberta, only 18 per cent of contractors report making no profit, and 36 per cent say their profit margin last year was higher than 11 per cent. The average profit margin there is 8.4 per cent.

To make sense of these numbers, we have to consider operating costs. Across Canada, it’s not just machinery that’s costing contractors money – insurance costs have skyrocketed compared to three years ago, likely as a side effect of the increased value of machinery.

On the B.C. Coast, 80 per cent of contractors say insurance costs have increased, while 64 per cent report the cost of buying machinery is significantly higher than three years ago. On top of that, 93 per cent of respondents say the cost of machinery parts/services has increased.

It’s not surprising then, that when asked how their profit margins compare to two years ago, more than half of all Coastal contractors (57 per cent) say profit margin is lower.

As a whole in Canada, operator pay is on the rise; the average salary is up slightly from $29/hour in 2018 to $30/hour in 2020. Coastal loggers continue to pay operators the highest wages, along with those in Alberta, at $37/hour. Just six per cent of Coastal contractors pay $30/hour or less.

In comparison, in Alberta, nine per cent pay $30/hour or less, and that number jumps to 32 per cent in the B.C. Interior. Heading east across the country, only Quebec loggers report paying operators more than $30/hour, although this is a very small percentage (three per cent).

But while operator pay is on the rise, operator benefits are declining, with 61 per cent of contractors nationally offering benefits to employees, compared to 66 per cent in 2018.

However, B.C. loggers are much more likely to offer benefits, with 75 per cent of Coastal companies offering some form of benefits. Like in 2018, only the B.C. Interior has a higher percentage, at 89 per cent.

B.C. Coastal loggers remain smaller than their western regional neighbours, but bigger than those in the eastern regions. The estimated average annual volume for Coastal companies is 164,000 m3, up slightly from 2018, when the average was 163,000 m3. In comparison, Alberta contractors have the largest estimated average output of 233,000 m3.

Nationally, when it comes to the number of employees per operation, the estimated average fell from 27 in 2018 to 19 in 2020.

But more contractors on the Coast have larger teams than in any other region – 31 per cent employ 21 to 50 people, and 13 per cent employ 51 to 100 people. The average number of employees on the Coast per operation is 24, the second largest behind Alberta. This is not surprising given the unique terrain on the Coast, which means more hand falling is required, as opposed to in the B.C. Interior and Alberta, where work is largely mechanized. Contractors on the B.C. Coast also have fewer machines on average than their western counterparts.

With lower machinery costs and maintenance requirements, and, therefore, presumably lower insurance costs, it makes sense that Coastal contractors have the highest average revenues in Canada, at an estimated $6.3 million. This is up from an estimated $5.3 million in 2018.

When it comes to owners, partners, managers and supervisors , 42 per cent are 56 or older, and 46 per cent are between 36 and 55 years old. Another 30 per cent are under 35, a good sign that more young people are getting into management positions and will be prepared to run businesses for years to come.

It’s a good sign that more young people seem to be getting into the industry and view forestry as a good career choice, likely because of the high operator pay and benefits in the region. Programs like Project Learning Tree Canada’s Green Jobs and other efforts from organizations in the province, as well as funds from government, have likely helped encourage more young people into the industry.

However, with nearly half of all Coastal contractors (47 per cent) saying they plan to exit the industry in five years or less, more work needs to be done to get younger people into the industry, especially given that just three per cent of respondents in the region are between 16 and 25 years old. This is a key demographic that needs to be represented in order to ensure the success of the industry for generations to come.

The need to get students and more young adults involved in the industry as a whole is particularly pressing given that 36 per cent of contractors nationwide say they do not have a succession plan.

While the data from CFI’s 2020 Contractor Survey suggests that Coastal contractors are making a comeback given the stable/increasing logging rates, high revenues, and more young people entering the industry, they are also the most concerned about the future of forestry – and rightfully so.

In the wake of multiple sawmill shutdowns in 2019 due to weak lumber markets and dwindling fibre supply, the eight-month long Western Forest Products strike, and regulatory changes in B.C., the future is uncertain. Add COVID-19 into the mix, and it’s no wonder 88 per cent of Coastal contractors are concerned about the overall health of the Canadian forest industry. The same number are concerned about logging rates, while 71 per cent are worried about the ability to maintain or improve their productivity and 69 per cent are troubled by access to or quality of fibre.

Coastal contractors are also still among the most concerned about improving co-operation between government and forestry companies, with 88 per cent rating this as the greatest opportunity to improve operations and/or profitability, compared to 66 per cent nationwide.

Despite the progress made since 2016, it’s clear there are still many challenges facing contractors on the B.C. Coast, and wide-reaching, systemic change is needed.

As one Coastal logger put it: “Smaller companies need better access to their own fibre. Government should make more small tenures that exclude larger corporations to give smaller producers the ability to send wood to niche markets and maximize value, create innovations on a local scale. First Nations opportunities do not appear as lucrative or available as they’re meant to be. It seems larger corporations are the only ones able to attract attention and acquire any significant partnership deals.”