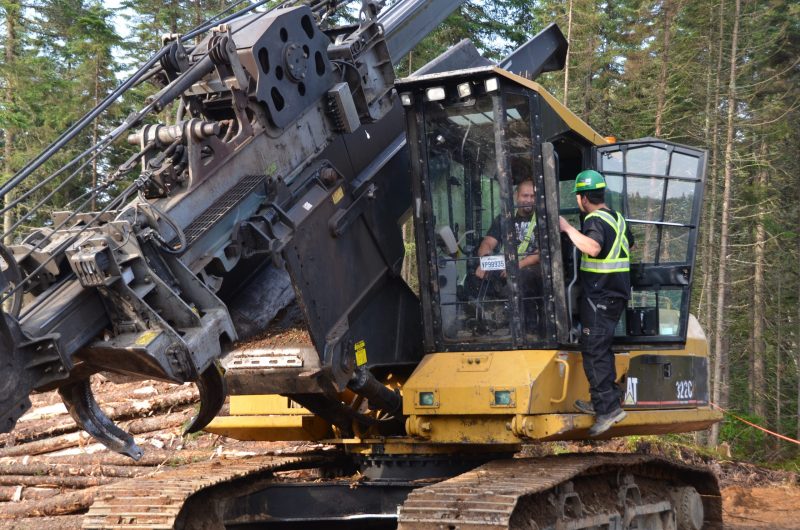 CFI’s 2016 and 2018 Contractor Survey results found that Quebec, on average, had smaller operations, lower costs, and a younger workforce, which spelled mostly good news for the province.

But the results of CFI’s 2020 survey show that the picture is changing. While the region remains one of the most profitable in Canada, with a fair amount of success negotiating logging rates, the cost of operating is on the rise, along with the average age of contractors, and harvesting volumes remain low. Overall, the results suggest the industry could see significant changes in the next five years.

Quebec contractors continue to have luck negotiating rates, with a total of 40 per cent seeing a rate increase compared to five years ago. In 2018, that number was 34 per cent, and in 2016, it was just 17 per cent. But, this is still a ways away from the 64 per cent of loggers in Alberta who saw a rate increase, or even the 50 per cent in Ontario.

Across the country, insurance costs have skyrocketed. Almost 100 per cent of respondents in Quebec (87 per cent) say insurance costs have gone up in the past three years, likely as a result of the increasing cost of machinery. But the cost of machinery remains lower in Quebec than in other provinces, with just 35 per cent of Quebec loggers rating machinery purchase as having increased significantly, compared to 55 per cent nationally.

Continuing the trend seen in recent years, machine operators in Quebec are paid less than those in Western Canada. But, operators in Ontario are now receiving a higher wage, with 50 per cent of contractors now paying $26-30 an hour. In comparison, just 35% of Quebec contractors pay that rate, while 38 per cent pay $21-25 an hour. These numbers have dropped since 2018, when 44 per cent of Quebec contractors paid $26-30 an hour. A small percentage pay more than $30 an hour (three per cent) and none pay less than $16 an hour.

This decrease in operator pay may be explained by the higher operating costs. Contractors across the country have also become less likely to offer some form of benefits, with Quebec contractors the least likely to do so. More than half (57 per cent) of Quebec contractors say they do not offer benefits. Ontario comes in at a close second, at 56 per cent.

Personally, the majority of loggers continue to work more than 55 hours a week (58 per cent). And it seems that Quebec contractors are less likely to understand the work-life balance factor than two years ago. In 2018, just 39 per cent of Quebec loggers worked 55 hours a week or more, but in 2020, that number has jumped to 47 per cent. Contractors on the B.C. Coast now seem to have the best work-life balance, with just 38 per cent working more than 44 hours a week.

In terms of harvest volumes, Quebec contractors have the smallest operations, with an estimated average of 92,000 cubic metres. Twenty-three per cent of Quebec companies harvest less than 10,000 cubic metres per year, the highest percentage in this category nationally. The majority (52 per cent) harvest between 10,000 and 250,000 cubic metres a year.

These numbers are fairly similar to those in Atlantic Canada, but unlike in 2018, 6.5 per cent of Atlantic Canada contractors report harvesting between 750,000 – 1 million cubic metres a year, while that number is just three per cent in Quebec.

It makes sense, then, that Quebec loggers have the lowest annual revenues in the country. The estimated average annual revenue for Quebec contractors is $1.74 million now, compared to $2.3 million in 2018. In Atlantic Canada, that number is $2.042 million, and in Ontario, the number jumps to $3.983 million. On the whole, loggers across the country are reporting lower revenues, likely as a result of the weak lumber markets in 2019. Given the booming lumber market in 2020 following the initial shock of COVID-19, we can expect these numbers to change in 2022.

When it comes to equipment fleet size, Quebec still has among the lowest numbers in Canada, with 58 per cent of Quebec loggers running between one and three machines. This is an increase from 2018, when that number was 52 per cent.

On average, Quebec loggers run just seven pieces of equipment, slightly lower than the eight pieces they ran in 2018. Only Atlantic Canada has a smaller average fleet size, at six pieces of equipment. Alberta runs the most equipment, with an average of 25 machines. But, there has been a big drop in the size of fleets nation-wide: only 18 per cent of operations run 21 or more machines, compared to 26 per cent in 2018 and 31 per cent in 2016.

But, just like in 2018, these numbers are still a good sign because they suggest there is a lower bar for entry for new contractors in the region.

One-quarter of Quebec contractors are still between the ages of 36 and 45, but only 19 per cent are under 35, a big drop from 2018 when that number was 31 per cent. The biggest age bracket is now the 55-65-year-old category, at 28 per cent. Another 12 per cent are over 65 years old. Ontario and Alberta now have the largest percentage of contractors under 35, at 24 per cent each.

These numbers help explain why Quebec still has the largest percentage of contractors who do not have a succession plan (50 per cent). Given how long most Quebec loggers plan to stay in the industry, it’s not as important as in other regions, such as the B.C. Coast or Atlantic Canada, where 47 per cent and 31.5 per cent of contractors, respectively, plan to exit the industry in five years or less. However, as Quebec loggers become older and look towards retirement, it will be critical that they begin thinking of succession plans in order to ensure the success of the industry for years to come.

Quebec continues to be the region with the fewest loggers that plan to sell or auction their equipment and shut down, at just seven per cent. In comparison, 27 per cent of Alberta contractors and Atlantic Canada contractors plan to do so.

The overall picture for Quebec’s logging industry is a mixed bag. On the one hand, Quebec loggers are still among the most profitable in the country and have been fairly successful negotiating rates. But on the other hand, operating costs are increasing, while harvesting volumes remain low, and the workforce is becoming older. This will make it harder to attract younger workers to replace those who are retiring, especially as operator pay and benefits have declined. There is work to be done to ensure that Quebec continues to have a successful logging industry for the next generation.