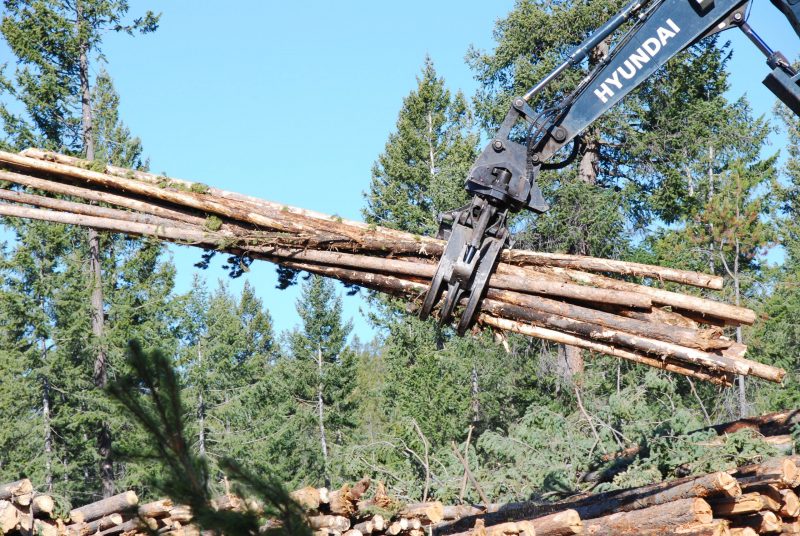 In CFI’s 2018 Contractor Survey, there were many positive signs in the B.C. Interior. But, there were also shadows that signified challenges ahead.

Now, in 2020, despite some encouraging demographic changes, Interior loggers are facing mounting difficulties: fewer contractors are reporting rate increases, the average harvesting volume has dropped drastically and operating costs are increasing. On the whole, this leads to lower profitability. While Interior contractors are still in a better position than their counterparts in the east, they are facing an uphill battle given the dwindling fibre supply, severe wildfires and changing government policies.

Meanwhile, a quarter of Interior loggers say logging rates have stayed the same. The more concerning news is that 14 per cent say their rates decreased, compared to 11 per cent in 2018. However, no Interior contractors report a rate decrease of more than five per cent.

But, compared to 2015, when Interior contractors were among the most profitable in the country, they are now bested by both Coastal and Alberta contractors. The dwindling fibre supply and changing government regulations, along with increasingly high operating costs, likely contribute to this drop in profitability.

When it comes to cost centres, Interior loggers, like contractors nation-wide, report the cost of purchasing machinery and maintaining equipment has increased in the past three years. But the big change is in the cost of insurance – across the country, loggers report insurance has become a significantly bigger expense. In the Interior, 89 per cent rate insurance costs as higher than three years ago. The cost of labour is also continuing to increase in the Interior, with 59 per cent rating it as slightly higher.

And while the percentage of operations reporting lower fuel costs nation-wide rose from three per cent in 2018 to 22 per cent in 2020, 71 per cent of Interior loggers are still seeing their fuel costs go up. The only region where more contractors have seen increased fuel prices is Quebec, at 76 per cent.

The average operator pay across the country has also increased, from $29/hour in 2018 to $30/hour in 2020. The competition for labour in the western provinces rages on, with the B.C. Interior still in the top three for earning the most as a machine operator.

However, more Interior operations offer some form of benefits to employees. The B.C. Interior is the place to be for operators looking for medical or dental insurance, with 82 per cent of contractors offering this benefit, compared to a national average of just 49 per cent. Another 39 per cent offer life insurance.

Just like in 2018, Interior companies on average produced the second-highest volumes in Canada, with Alberta coming out on top. However, the average volume for an Interior company has dropped drastically – from 237,000 cubic metres per year in 2018 to 167,000 cubic metres per year in 2020. This makes sense given the decreasing available fibre supply in the region thanks to the mountain pine beetle and wildfires.

Despite this, Interior contractors are still bringing in much higher revenues than those in Alberta. The estimated average for the region is $6.038 million, compared to just $4.975 million in Alberta. The B.C. Coast comes in on top with an estimated average of $6.36 million. But, a higher percentage of Interior loggers report making more than $10 million (26 per cent) than on the Coast (21 per cent). More than one-third (41 per cent) make $2 to $5 million.

When it comes to fleet sizes, Interior loggers, like loggers across the country, are downsizing. While a large percentage (24 per cent) still have 21 to 50 machines in their fleet, more Interior loggers (35 per cent) report having 11 to 20 machines in their fleet. A healthy percentage report having four to 10 pieces. Unlike in 2018, when four per cent reported having more than 100 machines, zero Interior contractors report that size fleet this year.

Interior contractors still have the smallest staffs among their Western regional counterparts, at an average of 23 employees. Coastal loggers employ 24 people on average, while Alberta loggers employ 32. It should be noted that these numbers are significantly lower than the ones reported in 2018 – the average for the B.C. Interior then was 32; for the Coast it was 33 and for Alberta, it was 55. This makes sense given the higher costs of employing operators, as well as the smaller fleet size and harvesting volume. But, it does not bode well with regards to solving the skilled labour shortage the industry faces.

Breaking down the numbers further to look at just owners, partners, supervisor and managers, the trend is similar. Most Interior contractors in this category are between the ages of 46 and 55 (45 per cent), and nearly one-quarter (24 per cent) are between 36 and 45. The average Interior owner, partner, supervisor or manager is 50 years old, the same as the national average for this category.

In light of these demographic changes in the B.C. Interior, it’s not surprising that more contractors in the region say they do not have a succession plan. In 2018, just 23 per cent of Interior contractors said they didn’t have a plan for succession, compared to 28 per cent in 2020.

Nevertheless, this number is still much better than the national average of 36 per cent. Interior loggers are still very likely to have their children take over the business at 35 per cent, but Ontario contractors are the most likely, at 50 per cent. But nearly one-quarter of Interior contractors plan to sell their equipment and shut down, which indicates the industry might contract even more in the coming years.

Despite the encouraging demographic changes, the higher operating costs and lower harvesting volumes help explain why 90 per cent of Interior contractors say logging rates is the most important challenge to address in the next three years. Add to that the fact that fewer Interior contractors reported a rate increase in 2020, and it’s no wonder there’s concern.

The overall health of the Canadian forest industry is close behind, with 83 per cent rating it as an important challenge, likely because of the sawmill closures in 2019, the dwindling fibre supply in the region and changing stumpage rates. Seventy-two per cent also rate access to fibre and quality of fibre as a “very important” challenge in the next three years.

As one Interior logger puts it: “A simple solution to the dying and struggling contractor force is to increase rates, lower stumpage to help increase logging rates and […] make regulations less burdensome for logging contractors.”

This sentiment is reflected by the fact that 66 per cent of Interior contractors see improved co-operation with government as an opportunity to improve operations and/or profitability. As the Interior adjusts to a smaller fibre basket, in some cases transitioning from clear-cutting to more selective thinning operations, government support will be needed to ensure Interior contractors continue to be successful.