Industry News Markets
Are We Ready?

With things finally starting to look up for the forest industry, there’s a lot of talk about a return to black ink for many companies, new and secure jobs for employees and contractors, and of course a renewed interest in acquiring new equipment for both the woods and the mills. 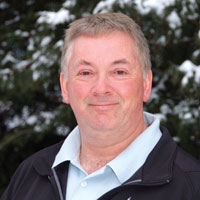 With things finally starting to look up for the forest industry

But is everyone in the forest industry going to get rich overnight? Not likely, as there is a lot of ground to catch up on to compensate for the losses of late. And to top it off, the major problems we have faced for the past five years of declining prices and markets, and the related production curtailments, will likely be replaced by other issues, including employee shortages and lengthy delays for new equipment.

Even before the downturn in the economy and the subsequent hard times for the forest industry, finding qualified people to put in the seats of our logging equipment and to work in our production facilities was tough. In Alberta and B.C., the forest industry was often a second choice for potential employees who could choose much higher paying jobs in oil and gas. It was much the same in Ontario, but it is mining that scooped up the people as the  gold mines around Timmins and the nickel mines in Sudbury could afford to pay substantially more than the forest industry. That was when U.S. housing starts were over 2 million annually and Canada’s forest industry was going flat out to keep up with the demand for dimensional lumber from our southern neighbours. We couldn’t compete then in terms of compensation with the other resource sector industries for employees, so how are we going to do it now? Around 2005, I recall conducting site visits for articles for this magazine with logging contractors in Alberta. They told me they would place ads for well-paying forestry jobs but wouldn’t get one response.  In the boardrooms of major forest products producers, executives pondered how to attract people to mill jobs, and post-secondary institutions struggled with declining numbers for enrolment in forestry and wood products processing programs.

So has anything changed? Not really. The past few years have seen less demand for oil industry workers in Alberta as the crippled economy in the United States has resulted in reduced energy consumption and a reduction in oil prices. However, as the price per barrel hovers around $100 again (at press time) and is likely to go higher as things heat up in Libya, we will see the taps turned up in Canada’s oil fields, and of course, a flood of potential employees that could work in our forest industry heading for Fort McMurray and the lucrative paycheques they can find there.

On a recent trip to Ontario, I was in Timmins. It’s a town that didn’t experience the downturn in the economy that the rest of North America was hit with. Why? The gold mines. As the economy turned south, the price of gold headed north and this community thrived. According to people who live in Timmins, there hasn’t been a cycle. It has just been good. But of course, that has impacted forestry as once again, forest industry jobs were passed over for the higher paying mining positions.

The past five years haven’t helped us with recruitment. If young people didn’t want to come into the forest industry when things were good, they are certainly not going to come down this road when they look at the track record of layoffs and cutbacks that occur as soon as the markets weaken. And in many cases, more experienced workers that were laid off from the forest industry, have found new careers in other, more stable sectors, and  they won’t be coming back. Add to that a large number of employees who are nearing retirement age, and we have a major human resources problem.

Part two of this scenario is equipment. Companies that make logging iron and wood processing equipment have also been severely impacted by this downturn. They have cut back on production volumes for obvious reasons and have also lost valuable employees and the skill set that went with them. As the demand ramps up for forest products, and in turn logs, many logging contractors are eyeing up new gear as they haven’t upgraded for several years due to economics. It’s the same on the production side. While the makers of  equipment such as debarkers, breakdown gear, sorters, stackers, kilns, optimization technology and more have all slowed down, and of course lost employees, mills seeing improved markets are looking at investing capital to bring their facilities up to top speed. The result ­– more than likely, lengthy waiting periods.

So yes, things are improving for the forest industry. Markets are picking up, China is swallowing some of the production that was going to the U.S. prior to its economic meltdown, and forest products companies are, for the first time in years, reporting profits.  However, how big and how sustainable those profits might be will depend on whether we can meet the demand for equipment and people. It’s still going to be a bumpy ride.