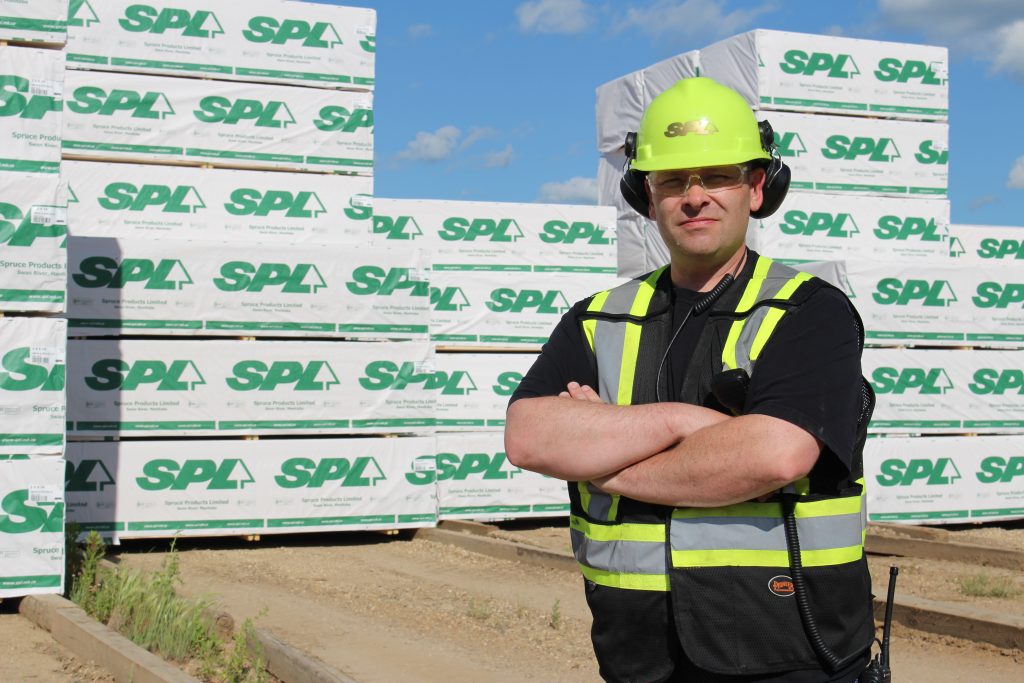 Lumber is in Derek Broome’s DNA. Born on the edge of the Duck Mountain Provincial Park in western Manitoba, he grew up cutting firewood with his two brothers and it wasn’t long before he began operating a portable sawmill in his own yard.

Derek, 39, has already spent two decades in the forest industry, most of it as a second-generation employee of Spruce Products Ltd. (SPL) in Swan River, Man. He started at age 18, piling lumber and pulling slabs. He also ran various machines in the sawmill and sorter.

After taking a break from forestry, trying out careers in medical response and criminal justice, he returned to SPL, working in the planer mill. He eventually worked his way up to head grader – a position he held for more than a decade. Earlier this year, he was offered the sales manager position, and has been in training with the outgoing sales manager.

“Derek has great devotion to the lumber industry, and it is truly in his blood with his father and both brothers still also working in the sector today,” says his wife Danielle Gordon-Broome. “In the past two decades, he has seen SPL grow from a smaller seasonal sawmill into a much larger, very modern facility. He works extremely hard and takes great pride in the role he has played in making SPL the well-respected lumber mill that it is today.”

Up next: we showcase the achievements of winner Andrew Oliver.