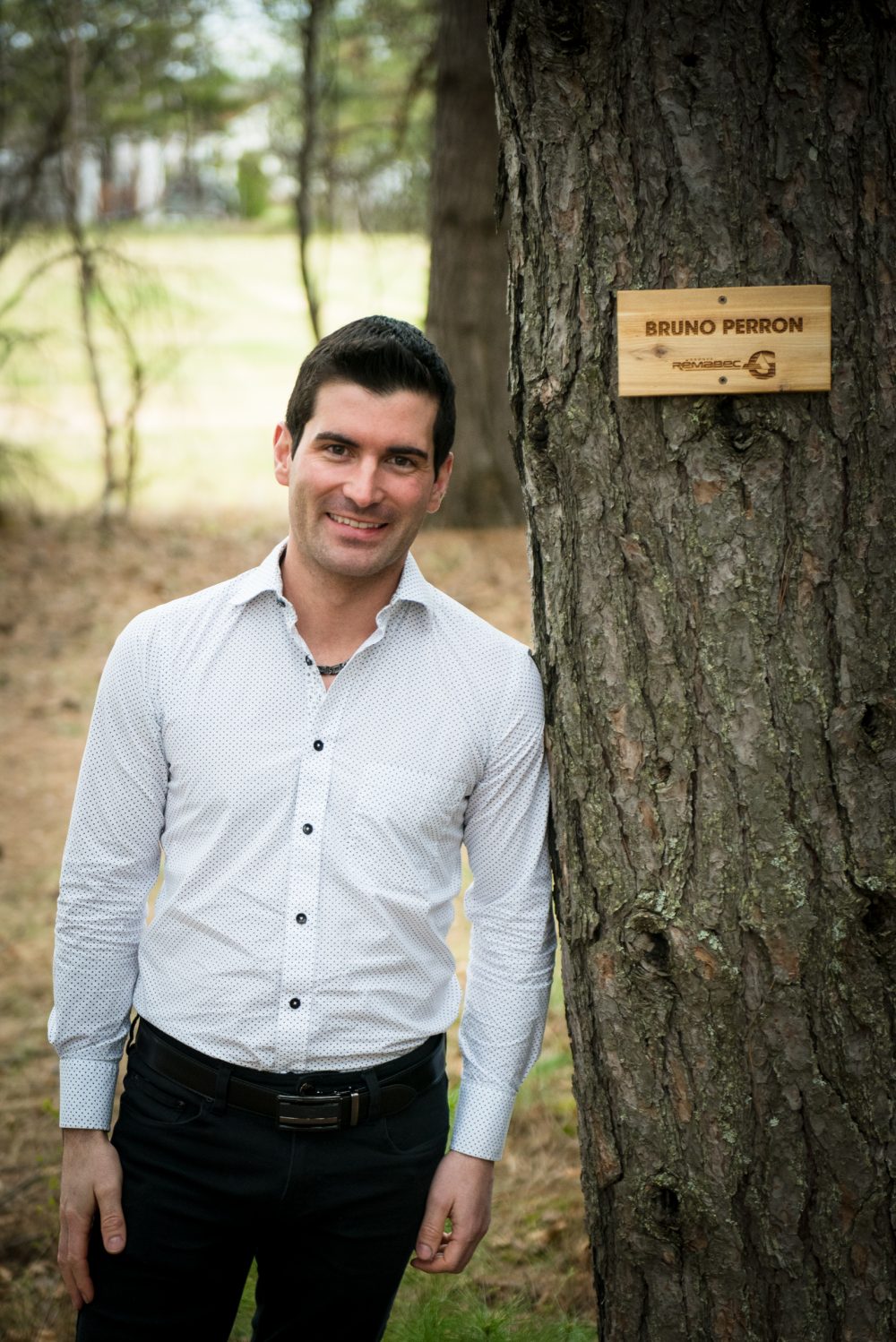 This week, we introduce our readers to our final winner: Bruno Perron, owner of logging company Exploitation forestière JRBR based in Ducharme La Tuque, Que.

“You have chosen the king!” This was the reaction of Bruno Perron’s father and partner, Jean-Roch, when he was told that his son has been selected as one of forestry’s future stars.

With a line of loggers that goes back to his great-grandfather, Bruno has been in his element in the forest from a young age, when he accompanied his father in the forest, dreaming of becoming an operator.

After completing high school, he obtained a vocational diploma in timber felling and shaping at CFP Dolbeau-Mistassini. A few years after working full-time, at just 24 years old, the Saint-Prime, Que., native decided to launch his own company, Exploitation forestière JRBR, along with his father and in partnership with Remabec.

Eight years later, the business, which now employs two people in addition to two shareholders, is running at full speed, working with a Tigercat 855 harvester with a Ponsse H7 head and a Komatsu 895 forwarder.

Bruno makes a point of paying attention to his team, considering their experiences in the field and their comments. He does not hesitate to apply their ideas on things like working hours and optimizing travel.

A versatile worker, Bruno is simultaneously an excellent operator, mechanic and administrator, along with being at ease with electronics. Bruno also stands out for his positive leadership: he cares about his employees’ well-being and is a modest, fair and honest man.

To continue to improve his skills, Bruno participated in a development program for entrepreneurs at a centre that specializes in multi-resource entrepreneurship last spring. He found this training extremely relevant because, in addition to helping with his accounting, it helped him improve his human resources skills.

The 31-year-old is still passionate about the forest. “I like the challenge of having to manage several aspects to remain profitable,” he says. He does not see himself working in an office, or with the general public, because he prefers the freedom that the forest offers him.

Thank you to all nominators for this year’s Top 10 Under 40! Know someone who we should consider for next year? Submit a nomination anytime at: www.woodbusiness.ca/top-1o-under-40