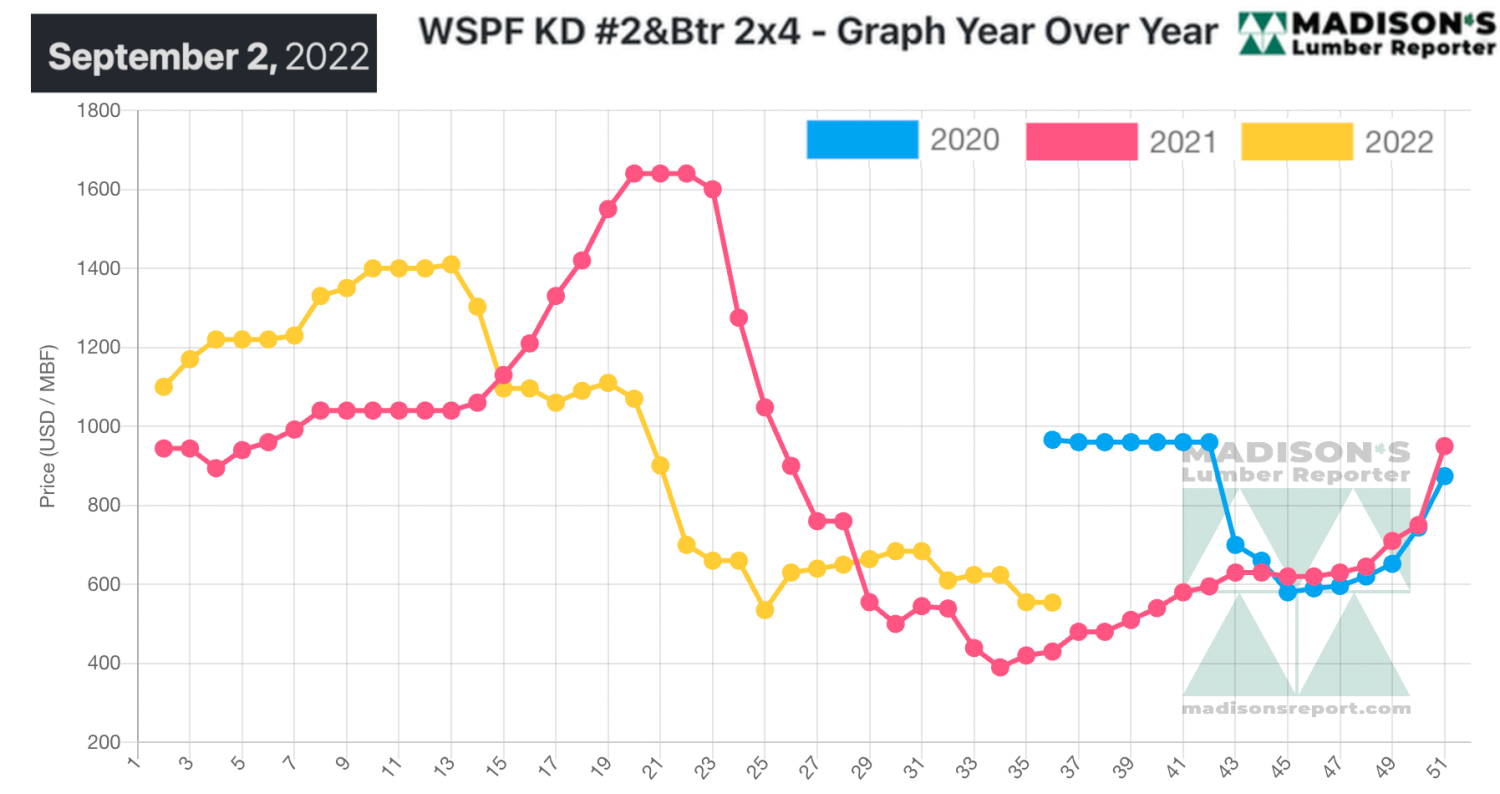 Historically for the softwood lumber and panel market, the week following Labour Day is the harbinger for what prices will be until the true seasonal slowdown arrives at U.S. Thanksgiving Day. For the past two years, of course, the annual cycle of lumber price changes has not been anything approaching the historical trends. Could this year be the beginning of what industry will come to know as normal?

There was definitely a drop in demand, as is to be expected for the time of year; however, during this past summer the sawmills responded quickly to market conditions by curtailing production and taking downtime. Thus, the supply-demand balance could seem to be equitable. As such, lumber manufacturers and wholesalers were able to hold on to price levels of the previous week on most items.

Buyers were in the driver’s seat as they played primary and secondary suppliers off each other, choosing the best combinations of price and shipment at their leisure. 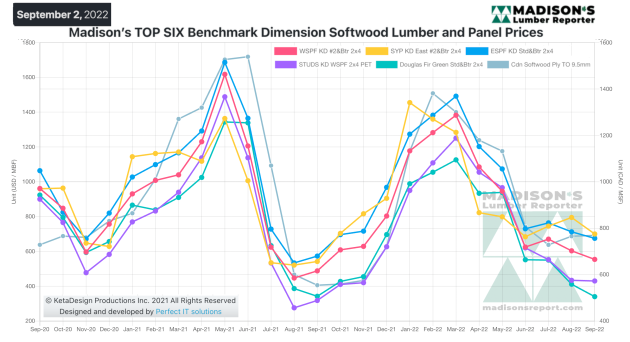 Western S-P-F purveyors producers in the U.S. reported little success as they lowered asking prices in a bid to entice hesitant customers. Throngs of players were off as early as midweek for extended Labour Day weekend vacations, turning already-middling demand into a resounding snooze fest. Sawmill order files continued to shrink, with prompt availability apparent on most items.

Demand for Western S-P-F commodities remained lackluster this week according to suppliers in Canada. Producers responded by adjusting their asking prices again on #2&Btr dimension items. Supply remained definitively ahead of demand in R/L, and most products showed prompt availability. Buyers continued to manage their largely-depleted inventories and felt no pressure to act just yet. The Canadian Federal Government announced this week it will formally challenge U.S. duties on Canadian softwood lumber under the Canada-U.S.-Mexico trade agreement’s dispute resolution system.

“Eastern Canadian traders were optimistic that a round of buying was in the offing – likely following Labour Day – but for now sales activity in the Eastern SPF market remained weak. Demand was a different story as suppliers reported plenty of inquiry, just not much follow-through. Wholesalers and distributors were apparently very aggressive with their numbers as they tried to move product, while mills also brought down their asking prices, albeit more judiciously. There was a small jot of activity later in the week as a number of buyers jumped in to cover immediate needs in advance of the holiday weekend. Order files ranged between prompt and September 12th.” — Madison’s Lumber Reporter