Not to diminish the difficulties Canada’s forest industry is currently facing, but if you think you’ve got it rough, talk to one of your truckers. In addition to dealing with all the recessionary challenges that are currently facing forest companies, truckers have their own issues to contend with. 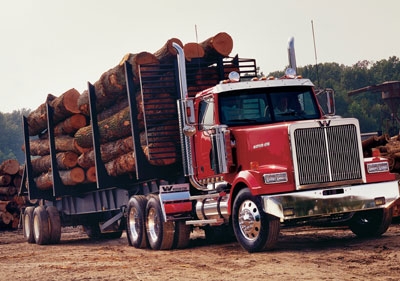 Consider, for example, the cost of a new logging truck has risen about $20,000 in just three years due to emissions requirements alone. Any log hauler or honest mill manager will concede that trucking rates have not kept pace, and in fairness, few mills are in a position to be offering double-digit rate increases.

Further hampering log haulers is that every new EPA emissions regime introduced between 2002 and 2007 has come with a costly fuel economy penalty. So what’s a log hauler to do? Operational costs are soaring and generally, trucking rates are languishing.

Now, more than ever, it’s incumbent on the truck operator or fleet manager to ensure every ounce of productivity is squeezed out of every piece of equipment they operate. Here are five ways log haulers can get more out of their equipment by improving their efficiency:

However, Itamar Levine, director of fleet assets with freight hauler Bison Transport, says extending oil change intervals is the single easiest, yet most underutilized, way to reduce operating costs. The same can be said for log haulers, who while operating in a more punishing environment, likely still have the untapped opportunity to extend drains.

Extending drain intervals should not be done arbitrarily, however. Fortunately, oil analysis is now an affordable tool that can help determine exactly how much life is left in your oil. What many owner/operators and small fleet managers fail to consider is that oil has improved vastly in the past 10 years or so, and the removal of sulfur from diesel fuel when ultra-low sulfur diesel (ULSD) came on-stream in 2007 lessened the harshness of the engine oil’s environment.

“Not a lot of fleets really put the work into understanding what specifically works for them,” Levine says. “When the OE comes to you with a recommended interval of 25,000 miles, that’s a worst case scenario.”

Bison has extended its drains out to 80,000 kms with the blessing of “every warranty on the planet.” While 80,000 kms may be overly ambitious in a log hauling operation, an oil analysis program is an inexpensive way to find out.

“If I were an owner/operator, I’d be doing oil analysis and watching my reports,” Eric Amlin, head of the Transport Research Group at FPInnovations, Feric Division agrees. “The Total Acid Number is a good one that tells you if the oil has gone too far or still has some additive package life left in it.”

Noting that oil analysis can be done for as little as $12 per month in some cases, Amlin says, “being conservative with your oil change schedule is okay, but I think it eats into your profits.”
If you have trouble understanding the reports generated by an oil analysis program, your lubricant supplier should be able to help interpret them.

The Right Equipment
Optimizing the efficiency of your equipment begins with the spec’ing process before you buy. The trucking industry in general has been trending towards smaller, lighter-weight engines. Can you do the job with a 13-litre instead of the traditional 15- or 16-litre engine? If so, you’ll increase payload and enjoy the ongoing benefits of reduced fuel consumption.

It’s not always viable. While the trucking industry is trending towards smaller, lighter engines, the forest industry is consistently seeking approval for longer, heavier combinations (see sidebar). Still, there are opportunities to trim TARE weight from your equipment.

One impending breakthrough may be the use of composite materials in trailers. FPInnovations, FERIC Division is currently concluding tests on bunk and stake assemblies which so far have been encouraging. Results are not yet available for publication, but indications are that as much as 50 kgs per stake can be trimmed by using composite materials. Multiply that over a configuration with 20 or more sets of stakes, and the savings are significant.

Eliminate Idling
Idling has become a big no-no in the trucking industry and environmentally-sensitive forestry companies should encourage their trucking contractors to take a close look at proven technologies that eliminate the need to idle during loading and unloading.

A diesel-fired cab heater is an inexpensive investment, and can pay for itself in less than a year. 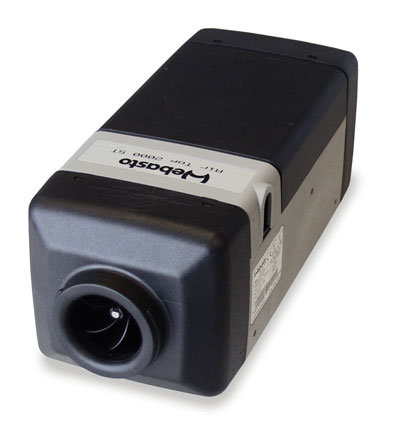 Many cab heaters can provide more than 20 hours of heating on a single gallon of diesel. Compare that to the cost of idling the truck’s main engine, which guzzles one to four litres of diesel per hour of idling. To calculate the potential savings of a cab heater, you can use a handy calculator Espar provides on its Web site: www.espar.com. Just select ‘Special Programs’ and then ‘Calculator’ from the menu at the top.

Diesel-fired cab heaters, and more expensive auxiliary power units that also provide electricity and air-conditioning, are now standard equipment at many trucking companies. But they’ve been slower to catch on in the forestry industry, where margins are so thin that, as Amlin says, “investing in even the small capital items raises eyebrows.”

Fortunately, there is some help available in the form of various federal and provincial grants and rebates for emissions-reducing equipment. Ask your local dealer if any funding programs exist in your region and you may be able to recoup a good portion of the purchase price.

The Driver
It’s been said that there’s a 30% fuel economy variance between the best and worst drivers in any given fleet. That type of spread creates a huge opportunity to improve fuel efficiency through driver training, yet sadly it’s rare that a driver receives any training at all.

Driver training can be inexpensive – sometimes even free. Natural Resources Canada has produced a SmartDriver for Forestry Trucks program that provides “information on energy efficiency to fleet managers, instructors and drivers for all aspects of trucking, from spec’ing vehicles and components to maintenance procedures, conducting haul operations and driving techniques.” The best thing about it is that it’s completely free. You can register for the program at: fleetsmart.nrcan.gc.ca.

Engine manufacturer Cummins has also produced an expansive white paper on fuel efficiency that includes tips on driving technique. It’s also free and can be found at: www.everytime.cummins.com/assets/pdf/MPG_Secrets_Whitepaper.pdf.

Not to be outdone, Kenworth has published a white paper of its own on maximizing fuel efficiency. You can find it at: www.kenworth.com/FuelEconomyWhitePaper.pdf.

Excellent, free information is there for the asking. Your truck and engine dealers are great sources of information – don’t be shy about asking them for advice. Even veteran gearjammers can benefit from some periodic training – after all, engine technology has evolved over the years, yet little has been done to train the driver on how to operate new equipment most efficiently.

Extending Lifecycles
Finally, extending equipment lifecycles is one of the most obvious ways to get the most out of your investment. But extending the lifecycle of a logging truck by two or three years requires a change of mindset.

“It boils down to, can you float that logging truck out of the mountain or do you have to drive it out?” says Roy Craigen, president of Transcom Fleet Services, an Edmonton-based training company that has done some consulting in the forest industry.

He often refers to the need to “float” equipment, which means driving it like you’d drive a Lexus – little things like going easy on the throttle and brake and letting off the gas when you see a frost heave in the pavement ahead. Too often, log truck drivers view their equipment with an air of machismo, and run it hard with the assumption it can handle anything they throw at it. That’s a sure way to prematurely wear out components such as suspensions, tires, clutches and rear ends, Craigen says.

“In a tough environment, driveline care is more important than it is when you’re rolling down the 401,” he adds.

What’s the easiest way to improve productivity in a log hauling operation? Simple, change the rules. Alberta did just that recently following a successful pilot project that extensively tested the safety, efficiency and pavement-friendliness of increased axle weight allowances and the use of nine- and 10-axle B-trains.

The pilot included the province, Alberta forest companies, log haulers and FPInnovations, Feric Division. It resulted in the approval of increased axle weights of between three to 11 tonnes for six existing log hauling configurations as well as the approved use of new nine- and 10-axle B-Trains with winter payloads of 53 and 59 tonnes respectively.

Eric Amlin, head of the Transport Research Group at FPInnovations, Feric Division, told Canadian Forest Industries the biggest challenge encountered in the pilot was navigating bridges.
“A lot of the time, bridges ended up being the issue,” he says.

The next challenge will be to extend the new weight allowances to other commodities, such as finished product. Amlin noted that rail service is deteriorating in Canada as the major railways sell off smaller branch lines to small, independent railways, mostly from the U.S. Those railways have in some cases abandoned service on those branch lines, requiring forest companies to ship finished product from remote regions by truck rather than rail.

“With the absence of good rail service, now they’ve had to revert back to trucking and it’s a real challenge,” Amlin explained. “The costs of transporting finished product are having a significant impact on the overall viability of the mill, so we’re saying ‘can we look at 10-axle B-trains to haul finished product?’ That really wasn’t in the cards when we were embarking on the (logging) program, so we’re thinking we better direct some of our resources to that.”