Last summer, Materiaux Blanchet, a random mill in St. Pamphile, QC, modernized its main production line to boost both recovery and production from its mix of private and Crown timber, all the while driving production costs down. Perched on the US border, the private sawmill runs three production lines to handle its varied log diet – a Letson & Burpee (USNR) all bandsaw line; a Forano (USNR) carriage mill with 12-ft double-cut bandmill, and a Comact DLI canter twin, which handles the bulk of the logs. 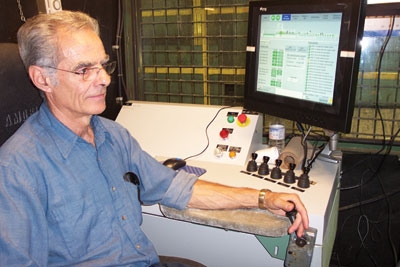 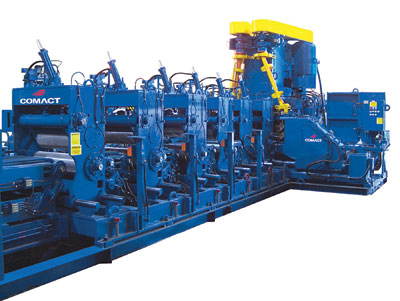 The upgrade involved adding a Comact TBL3 positioning table with gang edger to the main line, complete with TKC  Turnknife III cylindrical profiling heads from Iggesund Tools. To the mill, the main benefit of the TBL3 is in the automatic positioning of the cant and cutting tools at very high speed. Whether curve sawing, shape sawing, or straight sawing, each cant is fully controlled right to the saws. The line uses five sets of moving press rolls to align the cant to the chipper heads and saw box on the fly, and runs to 600 ft/min with spacing of just three feet (seven feet when profiling), compared to 450 or so on the last line. After the saws, two outfeed press rolls continue to guide the cant along the controlled path chosen by the optimizer. The entire process can be watched on a series of excellent cut-away graphic videos at www.woodproductsonlineexpo.com.

To maximize the new line’s performance, Comact installed  a new belt conveyor and inclined rollcase conveyor, as well as a chain bridge with True-Shape C-1 Scanner (60 readings per second), and new VF drives. Thanks to the new equipment, Blanchet increased production 10 to 15% depending on diet, along with a considerable increase in recovery. It has also given the mill new production options, according to mill manager Francois Bernard.

“The TBL III allows us to maintain considerable flexibility in our production despite the higher speeds and automation. That’s important in adapting to whatever opportunities the market affords us,” he says of the mill with an export history that includes the Middle East, Europe, and the Caribbean.

To avoid any undue production losses (remember those days?), the upgrade was scheduled for summer vacation in 2007. “We managed to break a production record just three days after start-up, and hit our performance tests on the fourth day,” says Comact’s project manager Simon Grondin. “That’s pretty remarkable for a project of this size.” Materiaux Blanchet’s team was suitably impressed. 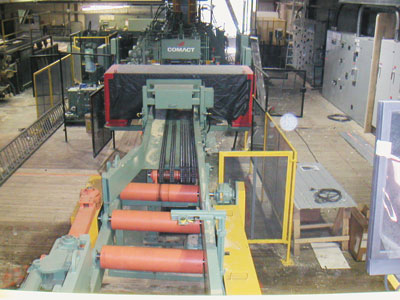 “The project planning, very fast installation, and the almost Olympian ramp up was all done with a professionalism and synchronization that I admit is on the rare side,” says Lucien St-Amant, project manager at the mill. He adds that the machines are also built for the long haul, something of obvious importance to anyone who has ever seen their vintage Letson & Burpee bandmills run like clockwork.