After a big lull in sales and steeply falling lumber prices — albeit from unsustainable highs — for the week ending Sept. 10, 2021, sales volumes improved further and with that lumber prices again increased. As often repeated by Madison’s, Labour Day long weekend provides good indication of whether lumber sales will slow to the end of the year or if there remains life in the market yet. This year, as with last, it is clear by now that strong lumber demand is with us for some months yet, before the usual seasonal slow-down and end to construction activity in winter. 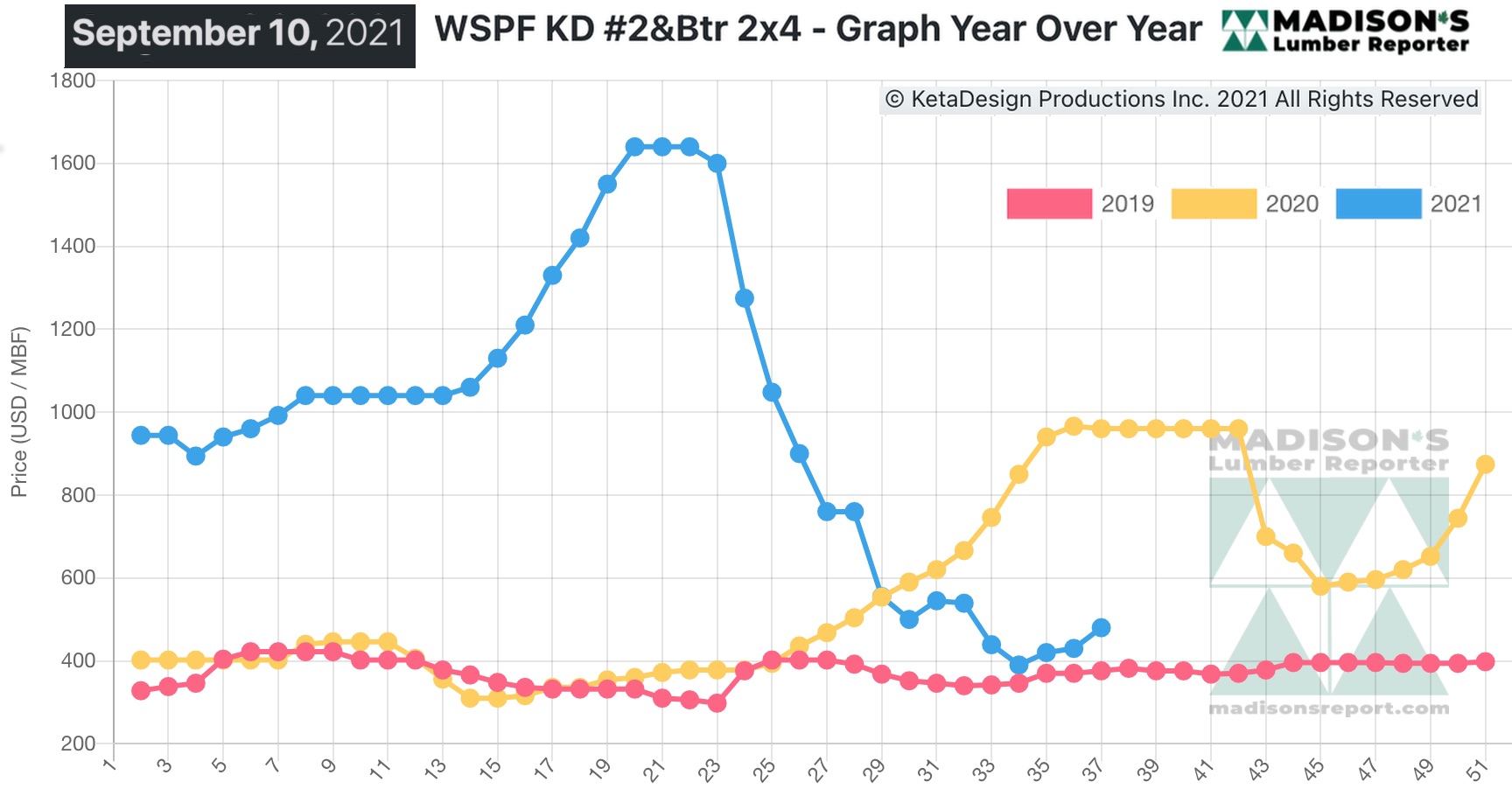 Inventories up and down the chain remained light and created a note of urgency among buyers, who found increasingly limited availability from suppliers as they explored their options.

Sales volumes in the U.S. Western S-P-F market was vigorous as scores of undersupplied buyers came back from their Labour Day reveries, rolled up their sleeves, and got down to business. Any prompt wood that mills had left was gone by midweek .

“Strong inquiry and follow-through from U.S. markets and the Toronto region created considerable momentum in Canadian Eastern S-P-F sales. Sawmills upped their asking prices and got little to no pushback from customers, most of whom saw the tide turning and jumped in to secure more than just near-term needs. Retailers were among the most active purchasers as they worked to secure larger volumes at current prices.” — Madison’s Lumber Reporter 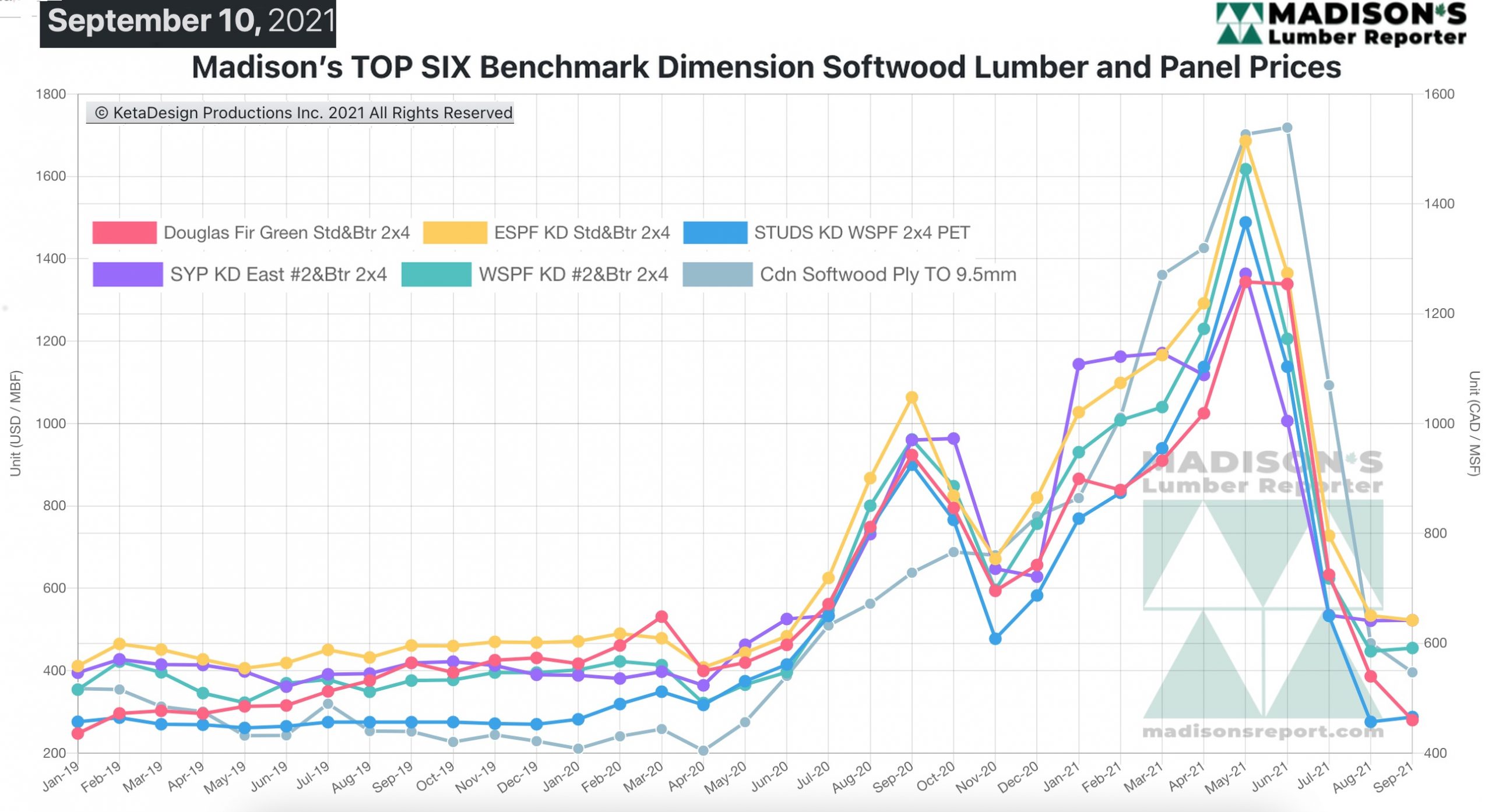