It is possible the top of softwood lumber prices has been reached, as the two-week standoff between sellers and customers ended with prices slightly down. Sales volumes continued quite small as most customers waited yet longer, in expectation that prices might come down. The latest lumber production and sawmill capacity utilization rates data out of the Western Wood Products Association, for March 2021, shows improvements in both Canada and the U.S. As supply chain issues are resolved and more wood is moving through the pipeline, customers wonder if there are more lower prices ahead. For their part, producers work away on order files which remain into the end of June, further providing them with no reason to lower prices.

Housing activity across North America continues powerfully strong, so the question now is: will increased lumber production at sawmills satisfy demand for ongoing construction projects? With a lot of the summer building season still ahead, and U.S. and Canadian home buying and house price growth unabated, no one knows yet if a supply-demand balance has been reached.

“Another relatively quiet, holiday-shortened, week was punctuated by price corrections in most commodities.” — Madison’s Lumber Reporter

It was another quiet week according to traders of Western S-P-F commodities in the U.S. As players returned from their observance of Memorial Day, most elected to play it cautiously as the tone of demand remained subdued and everyone from sawmills to retailers took a break to assess their positions. For their part, producers were confident that strong demand and subpar supply would persist in the market, and only corrected their asking prices modestly.

Western S-P-F producers in Canada said demand perked back up again the week of June 3, as price corrections down between $38 and $40 on bread and butter #2&Btr dimension generated robust inquiry from buyers. The only commonly-traded item to remain flat from the previous week was #3/Utility 2×4 R/L, while the remainder of low grade sizes fell between $20 and $100. Sales activity was brisk compared to the previous week, even with U.S. customers slowly trickling back from their holiday weekend. Order files at sawmills were roughly three weeks out. 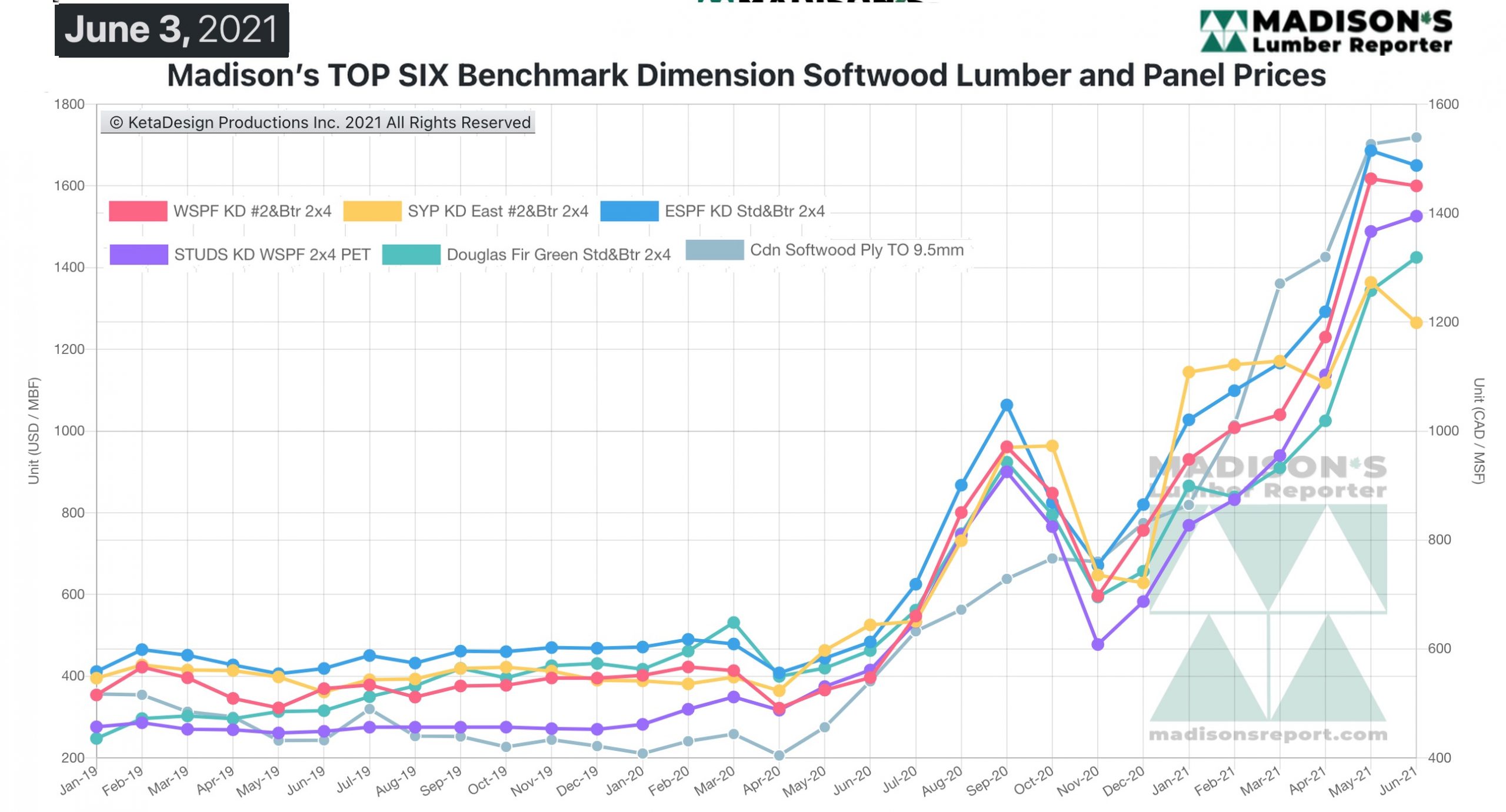 After a couple of weeks’ standoff between suppliers and customers, for the week ending June 3, 2021 the wholesaler price of benchmark softwood lumber commodity item Western S-P-F KD 2×4 #2&Btr dropped slightly, to US$1,600, from $1,640 mfbm the previous week.

“Roles reversed somewhat in Southern Yellow Pine as sawmills corrected their asking prices further down in search of buyers. Producers showed greater accumulations of narrow stock while wider offerings remained in shorter supply, thanks to the wet spring weather in the U.S. South which restricted access to larger logs.” — Madison’s Lumber Reporter 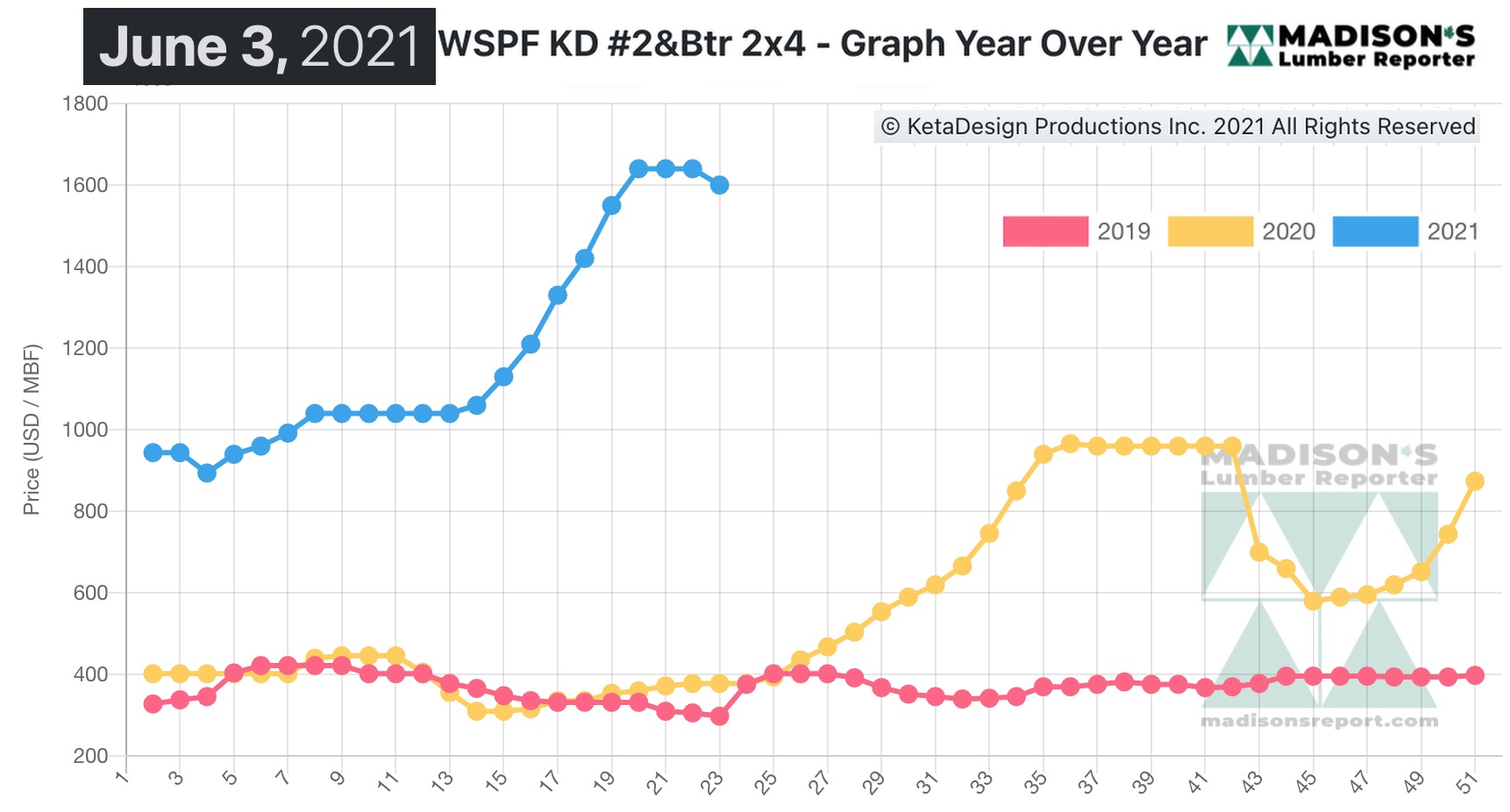