Softwood lumber and panel (plywood and OSB) prices rose by even more the week of May 7 than they did the week before, indicating that demand for construction framing wood products is not slowing down. It’s true, though, that prices can not just keep going up forever. There is a ceiling, and it seems we might just be approaching that. Trading of lumber futures on the Chicago Mercantile Exchange reached a fever pitch toward the close of the existing contract, which expires May 15. Prices of lumber futures had soared to $1,700, and have since been correcting downward. Lumber supplies and inventories in the field remain extremely tight; however, customers are reaching a point where they simply can not pay more and can not pass the price increases on to end-users. Recent terrible storms in the U.S. south add unpredictability to near-term lumber prices, as immediate demand for rebuilding and reconstruction will not improve the supply situation.

Meanwhile, in 89% of U.S. metro areas, median house prices have risen by more than +10% from a year earlier, reported Redfin this week. As home the selling, buying, and moving, season comes upon us, the expectation is for housing construction — thus lumber prices — to remain high at least in the short term.

“Prices lurched ever higher, buyers’ frustrations mounted, and virtually nothing was available for shipment earlier than June.” — Madison’s Lumber Reporter

Demand for Western S-P-F commodities in the U.S. remained strong as can be. Players did note more hesitation from buyers as prices continued to drive them round the bend, but there was more than enough inquiry and takeaway. Early June order files prevailed at sawmills, while improving construction activity across the country ensured no stone went unturned. Harried buyers and secondary suppliers searched for any scrap of inventory available. As always, customers sought out the quicker shipping wood but came up empty-handed. Plenty of reports surfaced of buyers paying prices significantly higher than already-historic print levels, just to secure a load.

In Canada, Western S-P-F dimension lumber prices vaulted up again. Producers saw no signs of this slowing down since demand only seemed to be increasing, and buyers were relentless in their efforts to keep inventories from running down to pavement. Canadian sawmills sold out within seconds every time their product hit the market, showing virtually no open cash wood available. Order files to May 31 were reported, which equated to June 7 shipment due to backlogged cars. Mills in southern B.C. had extra trouble with rail service, pushing their shipment times into late June. 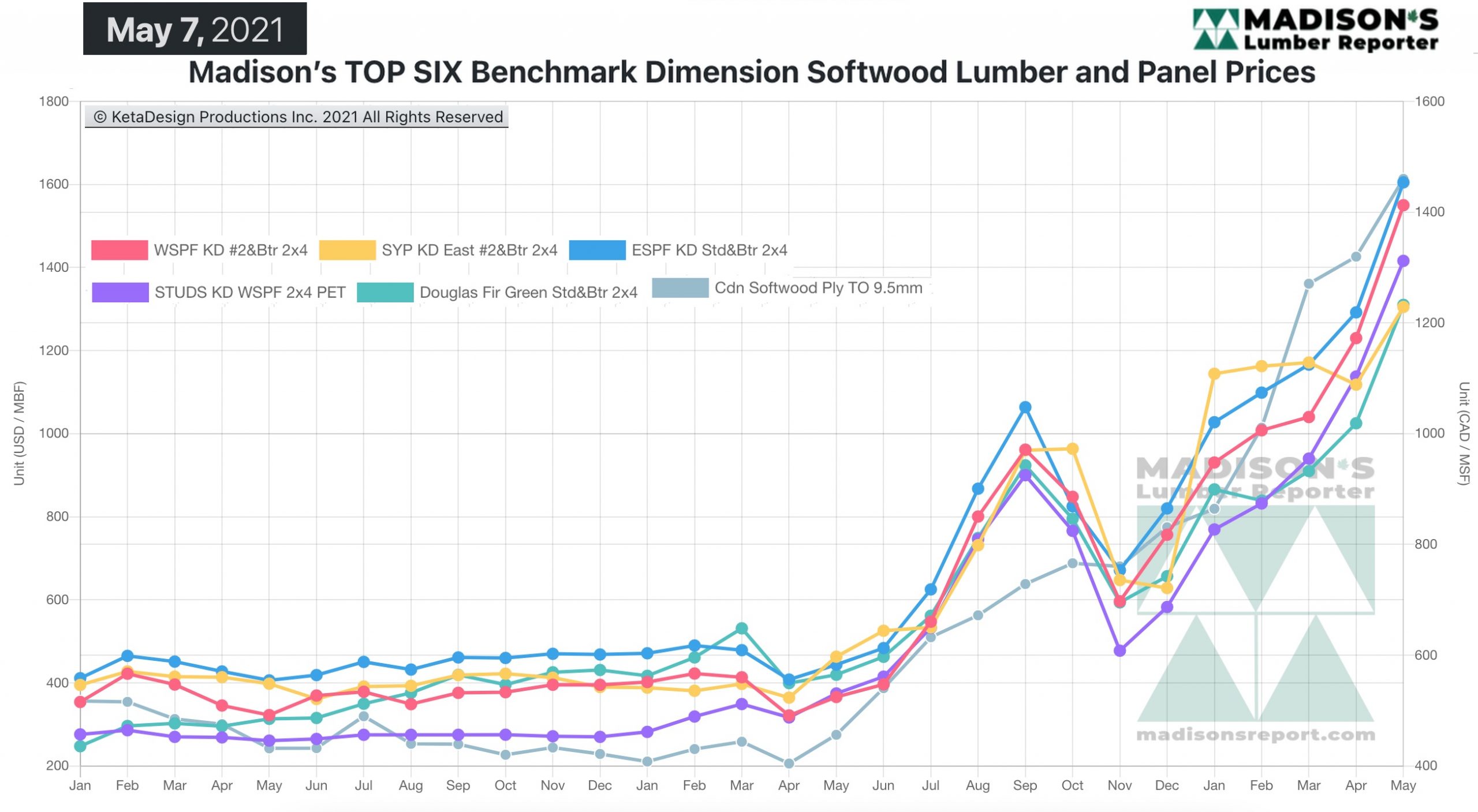 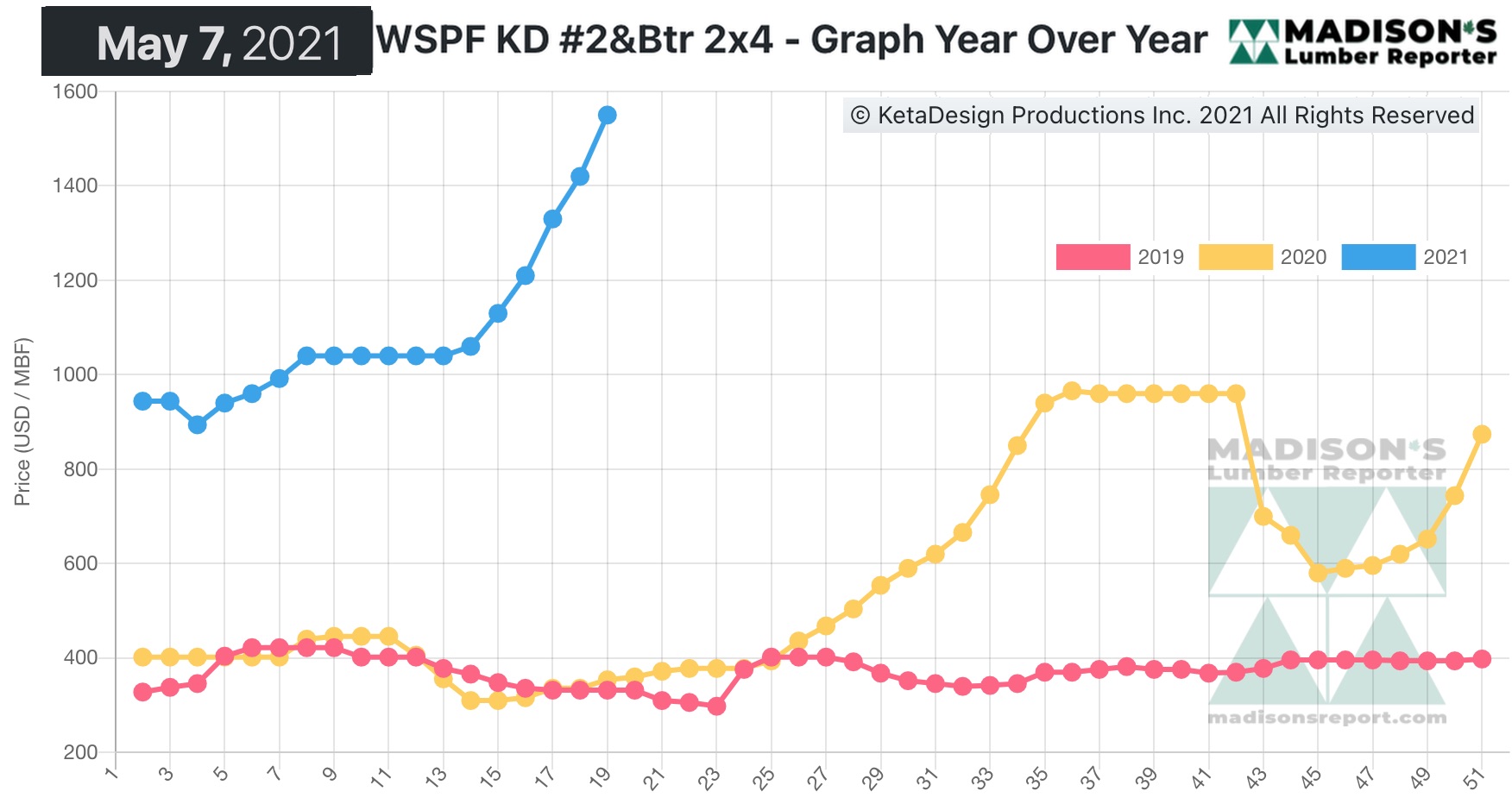