For the first time since October 2020 lumber prices for the week ending May 21st were flat, on almost all items, compared to the week before. Only Eastern Spruce-Pine-Fir studs and panel (OSB & plywood) were up. Madison’s has heard that plywood and OSB mills are having trouble getting resin, the glue, needed to stick the veneers or the wood chips together. This materials’ supply issue is delaying production; at the moment the OSB mills are quoting delivery for August and the plywood mills for October. As for the rest of the lumber items, it appears that there might be a slight lull upon us; in the week of the Victoria Day long weekend in Canada and the following week with the Memorial Day long weekend in the US. Meanwhile, US new home sales and especially prices show no real sign of abating.

“Demand and prices were largely flat as players tried to figure out whether this latest lull was another mirage or not.” — Madison’s Lumber Reporter

Western S-P-F producers in the US maintained order files at their sawmills into mid-June as multiple factors resulted in slower business and an evening out of prices. Large retailers reported marginally lower sales volumes so far in May while persistent wonkiness in lumber futures and concerning inflation reports increased hesitancy among buyers. Players noted that the sales pace of studs remained better than that of dimension.

Western S-P-F commodity prices were flat across the board as scores of buyers sat on their hands. Many Canadian producers, wholesalers, buyers, and end users were gone by Wednesday for the May long weekend, adding to the sense of hesitation. Trading on the lumber Futures board continued to influence buyer strategies as well. The wild ride up at the end of the May contract last week was followed by an equally wild ride down this week, as July activity was off in earnest. 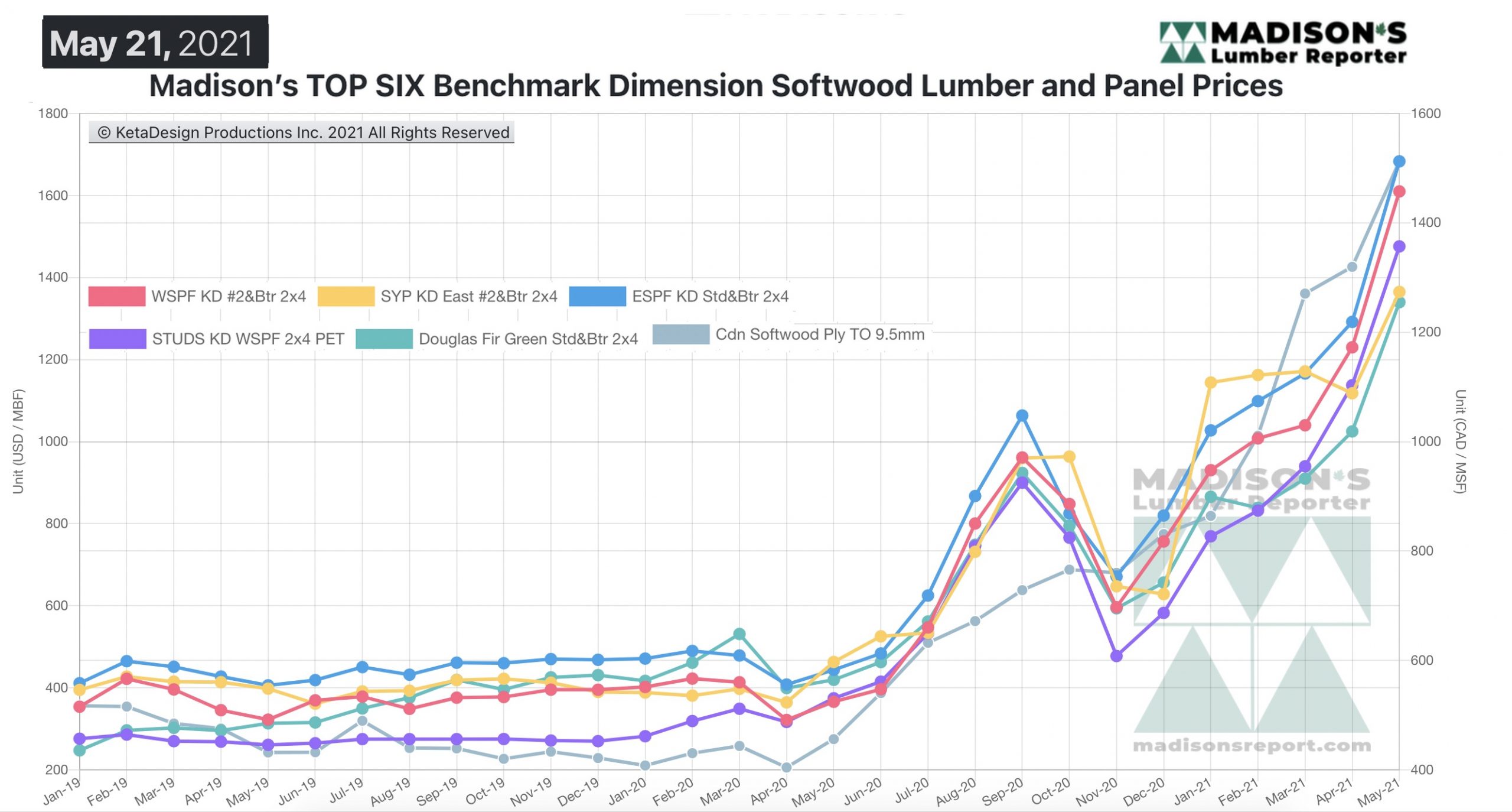 Customer reluctance the previous week turned into flat prices for the week ending May 21, 2021 as the wholesaler price of benchmark softwood lumber commodity item Western S-P-F KD 2×4 #2&Btr remained at US$1,640 mfbm, which it had been the week before.

“Buyers of Eastern S-P-F lumber and studs were made nervous by lumber futures activity and took their collective foot off the gas. Sawmills adjusted some of their asking prices around midweek but buyers were largely unreceptive, according to traders. Field inventories remained depleted however, and there was a strong undercurrent of demand from those still willing to cover their immediate needs at current prices.” — Madison’s Lumber Reporter 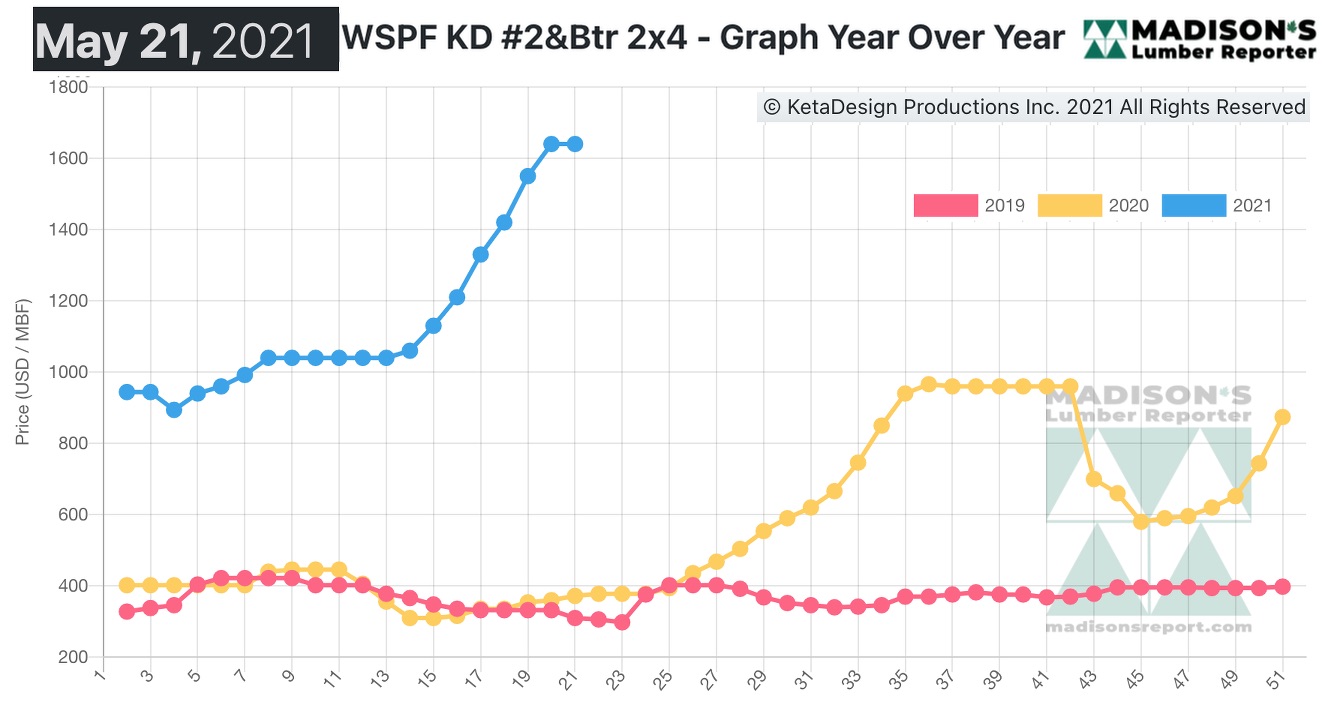