There are fewer panel mills than dimension lumber sawmills, so producers are more disciplined in terms of keeping supply close to demand. As well, panel suppliers are better able to withstand counter-offers so those price changes are usually somewhat ahead of dimension lumber price movement.

For the week ending March 26, U.S. Western S-P-F sawmills stayed the course, pushing their order files into the week of April 19. Buyers were definitely more cautious but their low field inventories and the perpetually undersupplied market forced them back to the table frequently for small volume deals. Players noted an increase in the availability of low-grade WSPF commodities from mills, but if they blinked that supply was gone.

After a fortnight or so of quieter activity, Western S-P-F producers in Canada got busy again. Starting on Tuesday of that week, buyers began to clamour more urgently for new orders as well as those already in the logistical pipeline. Sawmill order files stretched into mid-April on most items, with shipment-lag putting delivery closer to the end of May. 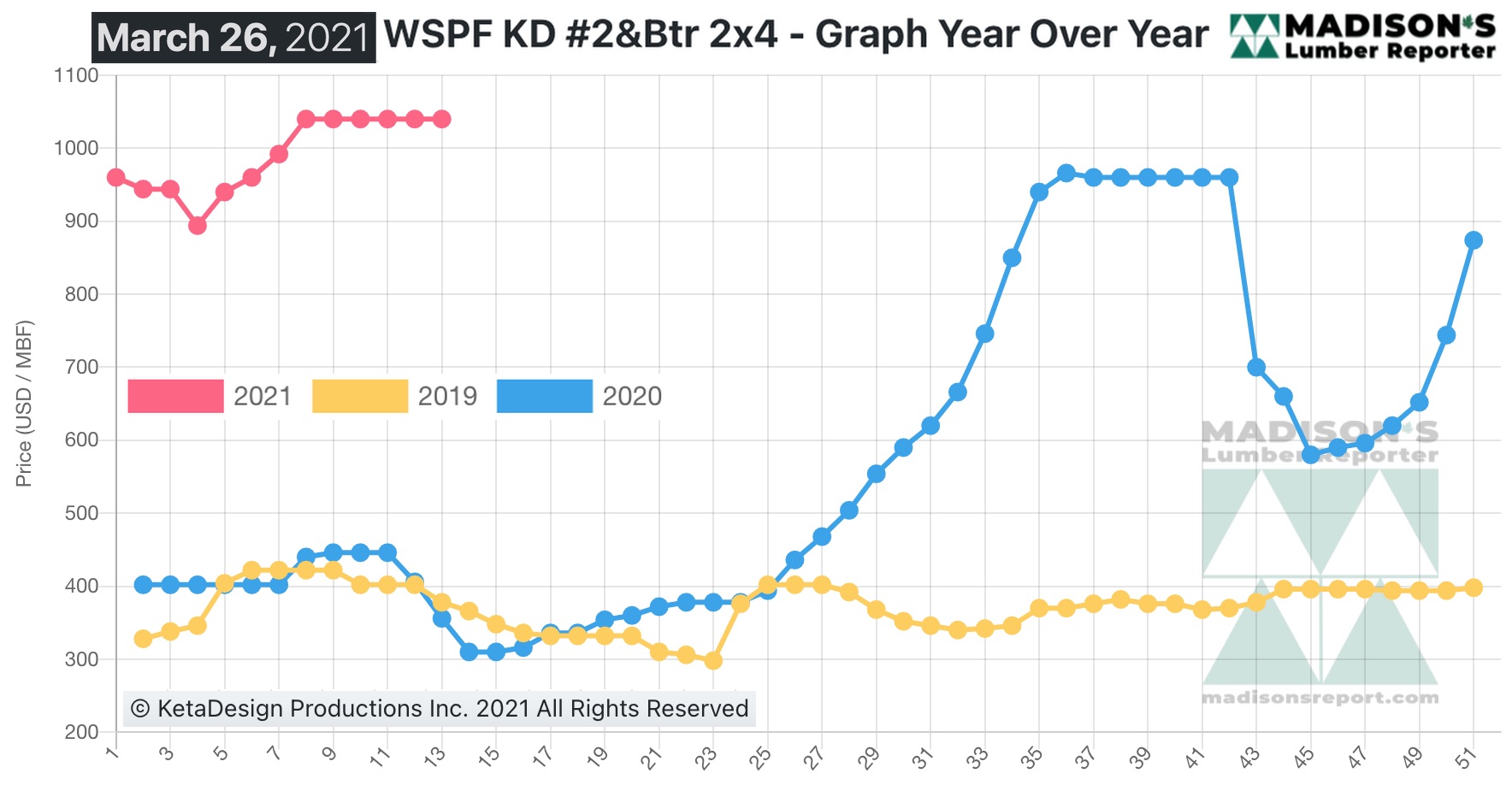