As May rolled into June and following the dual long weekends of Victoria Day in Canada and Memorial Day in the U.S., lumber prices remained flat like they had been the previous week. However, rumblings emerged which suggested prices might be going down soon. The main indication of this was order files at sawmills which were shrinking from approximately four weeks down to two weeks. Customers sensed a slight change in the supply-demand balance and thought it was worthwhile to wait before ordering more wood, in case prices actually did fall. As with the previous couple of weeks, sales volumes were quite small because only those who really needed a few sticks of specific commodities did make purchases.

There is word out of the British Columbia Interior, which will be the same for the Pacific Northwest of the U.S., that the forests are “tinder dry”. Even if there are not wildfires, the fire ban will go into effect sooner rather than later. This prevents heavy equipment from going into the woods, and stops trucking in and out of the forest. At this moment, the sawmills are loading up with logs as much as possible in order to have the feedstock they will need to run lumber through the summer.

“While demand took another step back, WSPF prices were flat to slightly up and many ESPF items corrected down marginally.” — Madison’s Lumber Reporter

Western S-P-F purveyors in the U.S. related a much slower week overall as players sick of the topsy-turvy lumber game absconded for an extended Memorial Day holiday weekend. Bread and butter prices nudged up by $10, but most dimension items remained flat from the previous week. Sawmills reported order files into the second week of June for dimension offerings and into the third week for studs. Much of the week’s sales activity occurred at secondary suppliers, as wholesalers and distributers often had lower prices and quicker shipment available.

Canadian Western S-P-F producers reported an undercurrent of good takeaway amid the overall pullback in demand. The buying frenzy of previous months was gone but sawmills did not expect prices to come off in any serious measure going forward. Demand for #2&Btr dimension and #3/Utility 2×4 R/L remained robust, while that for six inch #3 and for #4/Economy were softer, according to sellers. Log decks were still in good shape for the time being while rail car supply continued to be a struggle. 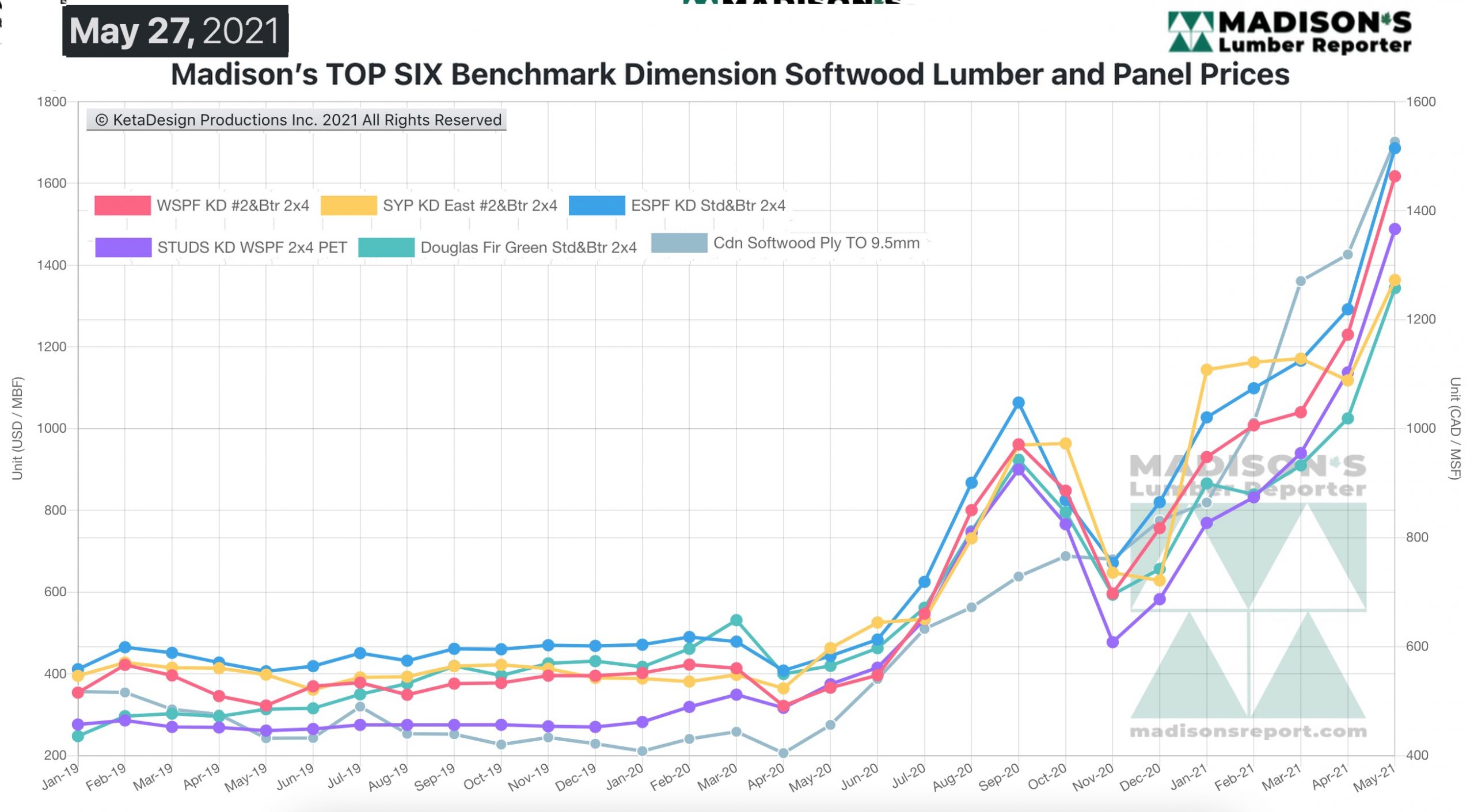 “Eastern Canadian producers held their #2&Btr lumber prices flat or discounted between $10 and $55. According to traders, sawmills had trouble selling at lower numbers as buyers were extremely cautious after seeing this latest sales pause extend another week.” — Madison’s Lumber Reporter 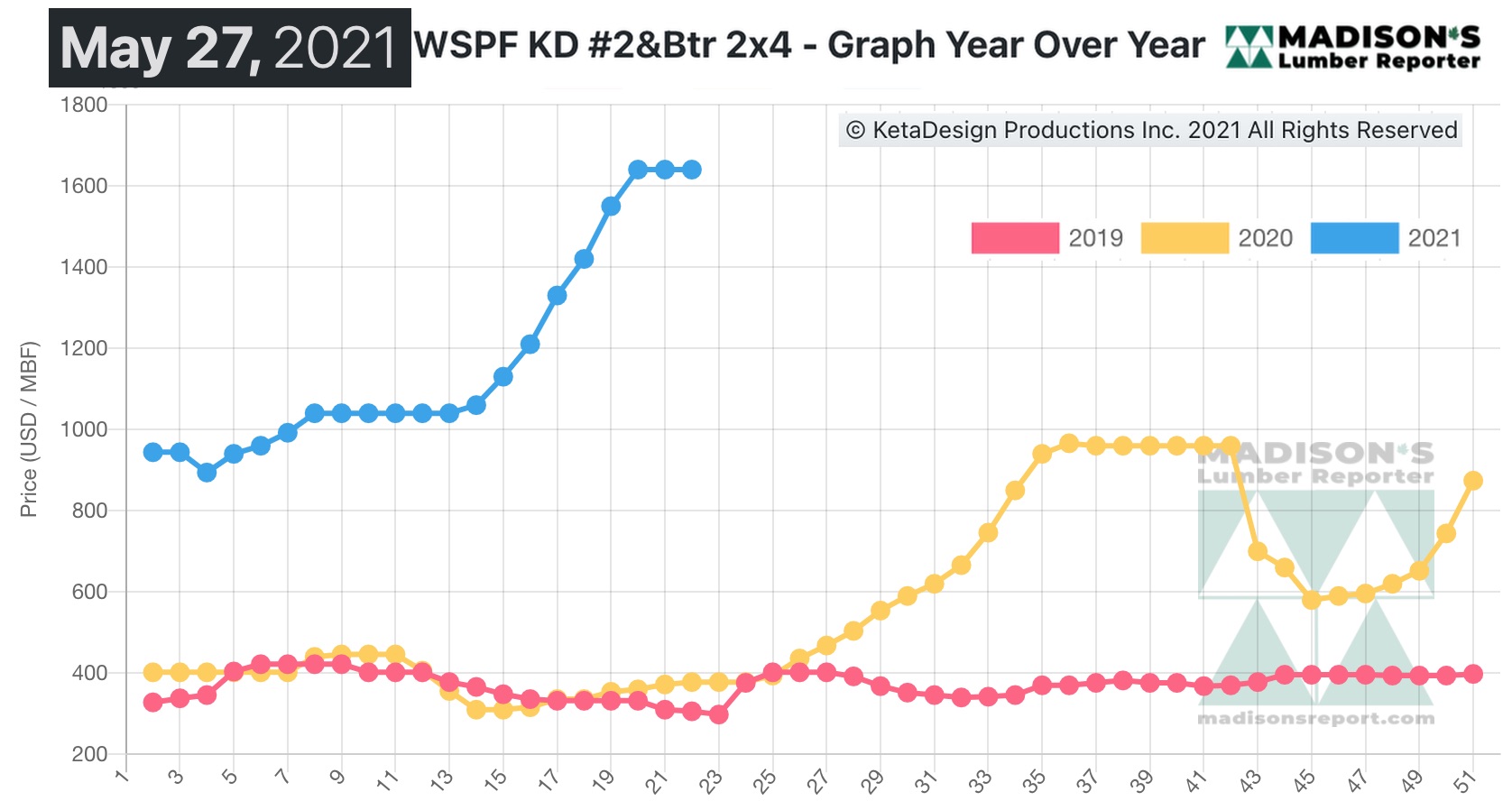