Sept. 12, 2016 - When it comes to aspects of the contractor role that Canadian loggers enjoy, company size and location matter a good deal. The size of your company determines your likely role, with smaller contractors tending to be more hands on. 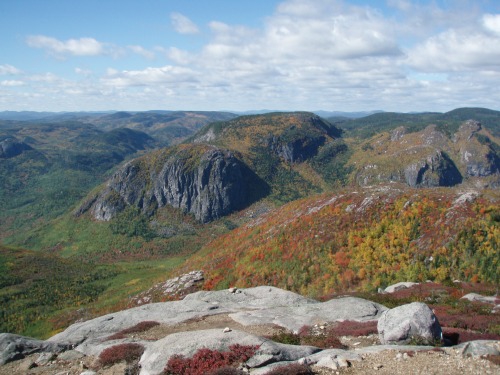 So while 53 per cent claim that the ability to work in the woods is important, a full 71 per cent of the smallest contractors (<$1M) say so. That makes sense, as they are likely machine operators as well as owners. On the other end of the spectrum, only 37 per cent of the largest contractors (>$5M) see working in the woods as a perk – they likely spend little time out there. Loggers in Atlantic Canada (82%) and Quebec (70%) are most likely to see woods time as a perk, while those in the BC Interior (39%) and Alberta (38%) are least likely.

Not surprisingly financial compensation came in dead last among aspects that respondents most enjoy (15%), followed by the continuation of family tradition (20%). 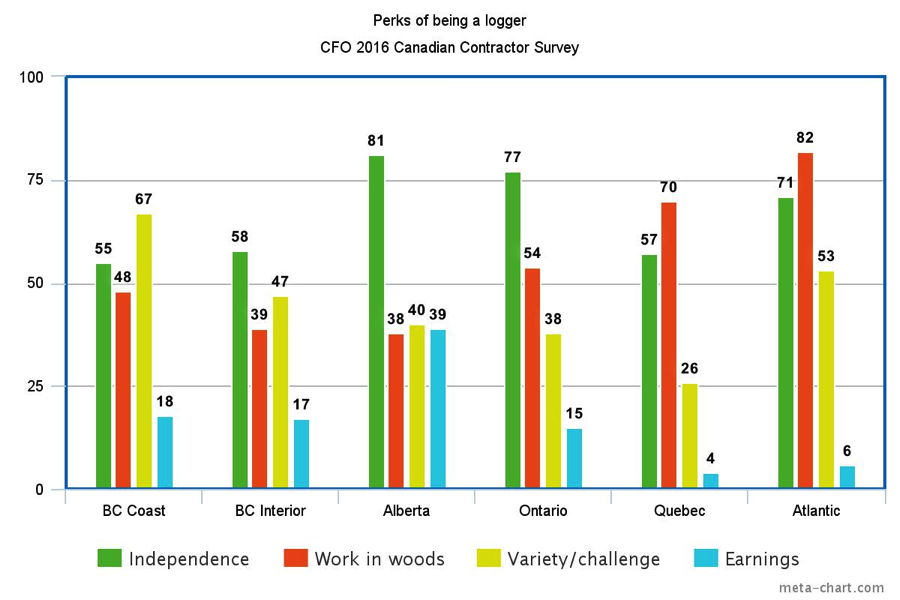 Thus it’s also not surprising that contractors of all size rate compensation as the No. 1 aspect of the role that must be improved in order to attract new contractors to the industry (78%). That is followed by employment stability (52%), co-operation with wood buyers/mills (37%), and simplification of regs and procedures (34%).

Somewhat surprisingly, neither access to finance (14%) nor workload and hours (27%) are as important as we had originally thought, although finance becomes an increasing issue as you head east. Loggers in Ontario (31%), Quebec (30%), and Atlantic Canada (24%) are more likely to see finance as a potential issue.

For workload, loggers in the BC Interior (36%), Alberta (40%) and Quebec (35%) are most likely to mention hours as an issue that should be managed to attract fresh blood.

Next week’s Survey Snippet #14 looks at industry consolidation by region.