Thermally modified wood is wood that has been heated at temperatures ranging from 160ºC to 245ºC in a controlled environment with a low oxygen content. Heating of wood in this temperature range results in the chemical modification of wood cell walls: degradation of hemicellulose with water-binding properties and lignin reticulation indicating the formation of molecular chemical bonds. The crystalline structure of cellulose could also be modified. These modifications of the chemical components of wood have an effect on its physical and mechanical properties. 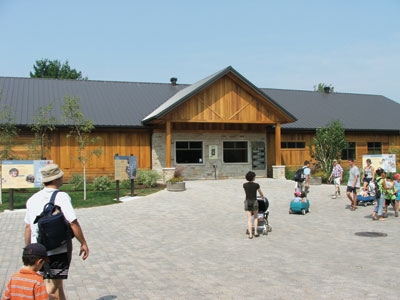 Thermally modified wood is wood that has been heated at temperatures ranging from 160ºC to 245ºC in a controlled environment with a low oxygen content. Heating

Further to work carried out in research projects at various research laboratories, such as FPInnovations – Forintek in Quebec, the VTT in Finland, and the CTBA in France, the major benefits of thermally modified wood over untreated wood can be summarized as follows: enhanced wood dimensional stabi-lity, increased resistance to decay, as well as new and attractive wood colours following treatment. More­over, according to research results, thermally modified wood does not exhibit any significant reduction of the modulus of elasticity (MOE) and its stiffness is not affected by the process.

Although experimental research on the thermal modification of wood was carried out in the 1940s and 50s, mainly in the US and Germany, R&D on an industrial application of this process goes back only some 20 years. Nonetheless, the aforementioned research and development work carried out world-wide resulted in the development of many thermal modification treatments on an industrial scale. These include: Perdure (Canada), ThermoWood (Finland), Retification (France), Thermoholz (Austria), Intemporis (Switzerland), Iwotech (Denmark), and others. Today, thermal modification processes developed world-wide are available for industrial applications in Canada.

The Perdure process
For many years, research had been performed in France before the French company BCI took out a patent on the Perdure technology in 1995. In 2000, Pluricap International (PCI), a Jonquière, QC, firm purchased the intellectual property rights to this technology from BCI. Since 2001, PCI Industries Inc. is the sole manufacturer and world-wide supplier of equipment for the application of the Perdure process.

In comparison with other processes developed elsewhere in the world, the Perdure process is characterized by its relatively short treatment times (from 7 to 16 hours depending on species and board thickness) and a low kiln load capacity (approximately 3 to 7 Mbf). Perdure kilns operate on natural gas and include a system for the recovery and combustion of volatile organic compounds (VOC) released from the wood. This results in lower energy consumption. The multi-zone climatic conditions control system was developed by PCI Industries. It involves a series of temperature measurements using thermocouples. Load cooling upon treatment completion is achieved through a water vaporizing process.  In the spring of 2007, three companies were using the Perdure process in Quebec: Kisis Technologies in Dolbeau-Mistassini; Groupe Lebel in Cacouna; and Éco-Bois in Chicoutimi.

The ThermoWood process
The ThermoWood process was developed in the early 1990s at the VTT research centre in Espoo, Finland. The process has been used on an industrial scale for 10 years or so in Finland and other countries. Three manufacturers own the ThermoWood kiln manufacturing rights. These are: Tekmaheat, Stellac and Valutec. The load capacity of ThermoWood kilns ranges from 1 to 50 Mbf. In Eastern Canada, this technology is available from Ohlin Thermo Tech in Jonquière, QC, which is affiliated with the Finnish manufacturer Valutec.  Tekmaheat Canada has an office in Vancouver, BC. 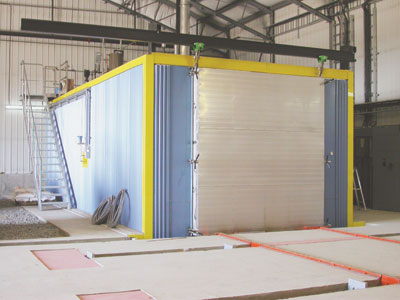 The ThermoWood process involves three separate phases. The first calls for a rapid temperature increase and high-temperature drying. Temperature is raised to anywhere from 100 to 130ºC. The superheated steam atmosphere within the kiln makes it possible to dry wood to a MC approaching oven-dry status. The duration of phase 1 depends on the initial MC of the wood, species and lumber dimensions. Phase 2 involves subjecting the wood to high temperatures. Kiln temperature is raised to anywhere from 160 and 245ºC depending on the desired treatment class. These high temperatures are achieved by circulating heated thermal oil in pipe coils or by electricity (radiators). The target temperature is maintained for a period of only two to three hours. Phase 3 involves cooling and moistening of the wood.

Kiln temperature is lowered by spraying water on the wood which increases its MC somewhat. The final MC upon completion of the treatment ranges from 4 to 7%. Depending on treatment conditions and the desired wood characteristics, this phase can last from five to 15 hours. In general, however, the complete treatment of kiln-dried wood can take anywhere from 36 to 50 hours.  In the spring of 2007, two industrial ThermoWood facilities were in operation in the province of Quebec: Bois BT La Baie, at La Baie; and Les Industries ISA at Normandin. 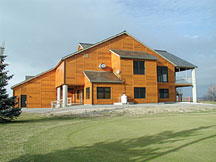 The firm Mec Torrefaction is the result of a merger in the spring of 2005 of Mec, a Victoriaville, QC, kiln manufacturer and New Wood Technologies, a company headquartered in St-Gabriel-de-Brandon, also in Quebec, that operates a thermal treatment kiln owned previously by Bois Brunité and Torri Canada. Current facilities include an electrically heated superheated steam kiln. The kiln can handle a load of approximately 2,000 fbm. The process involves very short treatment times – from six to 10 hours depending on species and board thickness. Mec Torrefaction is considering the development and marketing of a kiln based on this process. Kiln capacity would be approximately 4,000 to 5,000 fbm, with an annual production capacity ranging between 2.5 to 3 Mbf.

Superior ThermoWood
Over the past five years, Superior ThermoWood, a company headquartered in Kakabeka Falls, ON, has been working on the development of a wood thermal modification process. The process is based on the Finnish ThermoWood process, which the company modified. The kiln includes a gas recirculation system, redirecting gas to the burner to comply with environmental regulations.  The requisite research and development work was carried out in cooperation with Lakehead University in Thunder Bay.

In the winter of 2006, Superior ThermoWood launched its first industrial-scale treatment unit, the Eco-Dryer, with a capacity of 22,000 fbm. The average treatment time for initial loads of green wood would be around 32 hours.

The properties of thermally modified wood (colour, dimensional stability and decay resistance) present several interesting aspects for the marketing of new products for exterior and interior applications.  From the mills in Quebec, softwood species such as jack pine, as well as some red and white pine in lower proportions, have been treated for exterior use products like cladding and decking.  Hardwood species such as white birch, yellow birch, aspen, red maple and others have been treated for inside use like flooring, moulding, furniture and exterior use like garden furniture.

Technically speaking, thermal treatments may be applied to wood that is initially green or dry.  However, producers in Quebec and elsewhere usually treat wood that has been kiln-dried for economical reasons: to avoid the use of the expensive treatment unit for drying of wood and minimize degrade of wood.  For this last reason, producers prefer to treat high-graded lumber with low variation of initial moisture content within the load.  Finally, in 2007, producers in Quebec use their treatment units for their own production, but they also offer to customers to treat wood at a fixed base price varying from $450 to $600/Mbf.

Carl Tremblay is a value-added and kiln drying specialist with FPInnovations – Forintek Division, and wrote this article especially for Canadian Wood Products Magazine. He can be reached at carl.tremblay@qc.forintek.ca. www.fpinnovations.ca.